New Photos of the Chery Arrizo 5 sedan for China 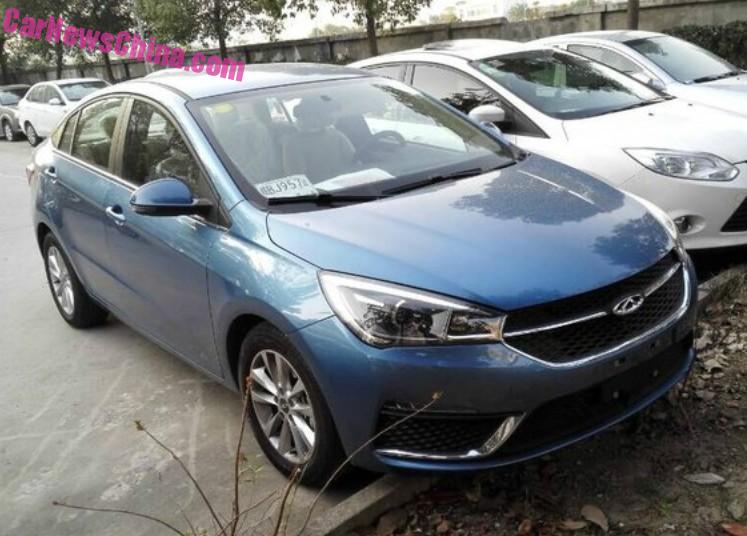 New Spy Shots of the upcoming Chery Arrizo 5 sedan for China, and we got her naked in all colors today. The Chery Arrizo 5 will debut on the Guangzhou Auto Show in November and launch on the Chinese car market just before year’s end.

The Arrizo 5 has become quite a fine looking car. Some Hyundai influences here and there, but not too much. Taillights connected by a trendy chrome strip, spoiler in the boot lid, third side window is a fake, covered with black plastic. Chrome strip below the windows. Wheels seem about the right size. 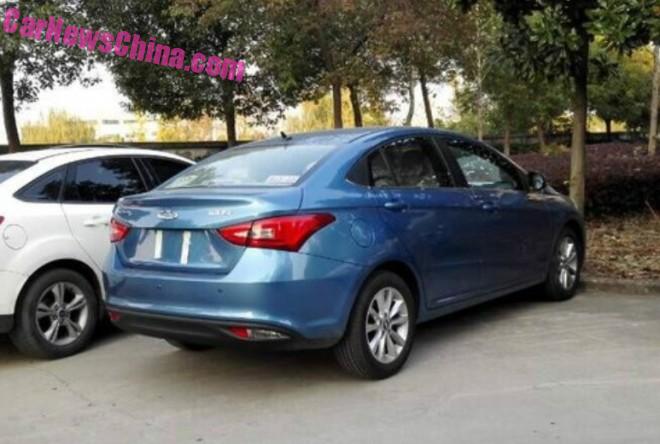 Another blue car, standing with the trees, duct tape on the back. 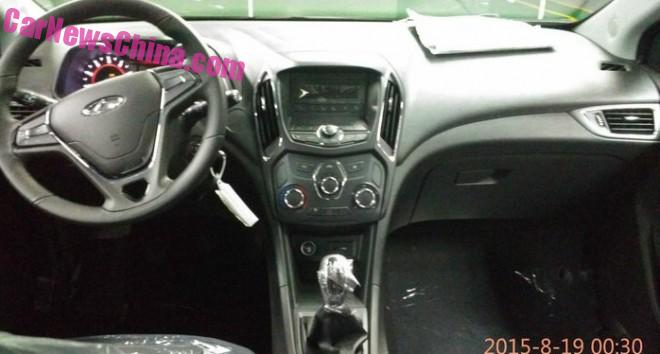 Bit messy here with lines and colors going everywhere. Infotainment screen is non-touch and on the small side. Dials are analogue with some red for sporty. Red comes back on the steering wheel stitching. 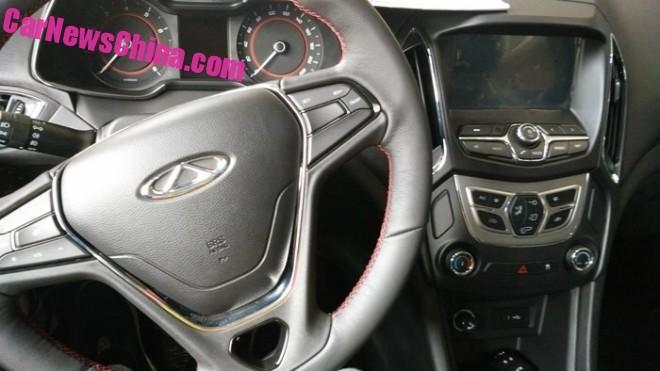 Control button for the infotainment system seems small and not easy to use. 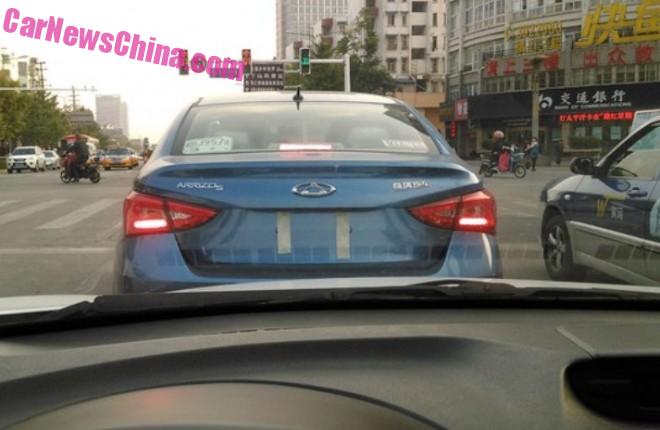 The blue car of the trees, now on the road. There is no way to hide from CarNewsChina.com. 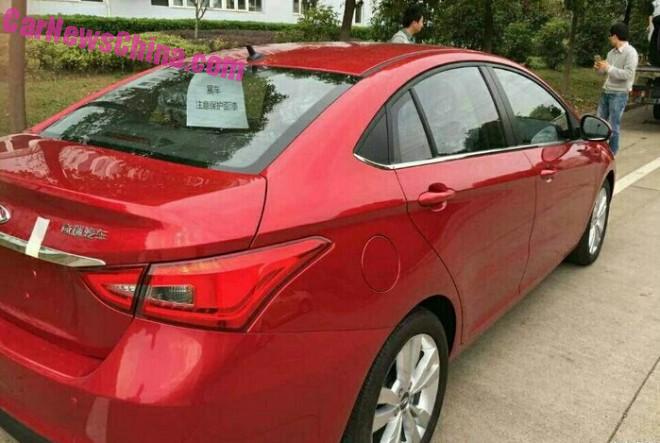 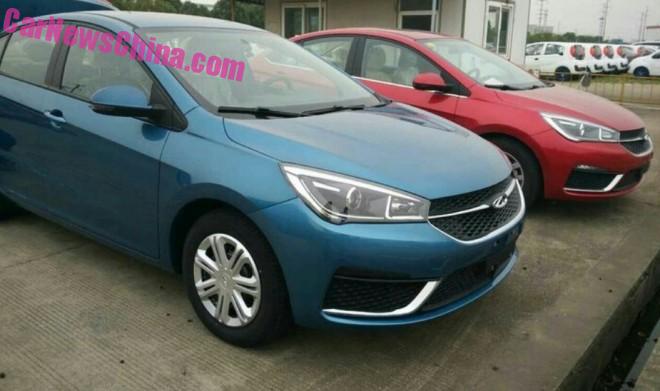 Red with a blue brother. 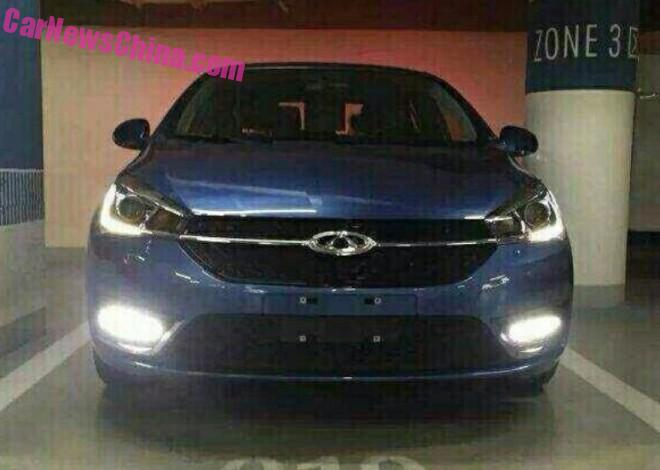 A blue car in a parking lot. There is no way to hide from CarNewsChina.com. Note LED strips in the bumper. They blue and red brothers on the photo above don’t have those. 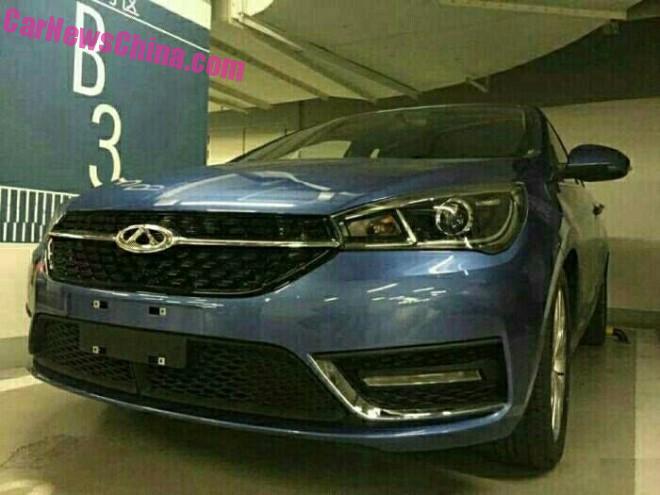 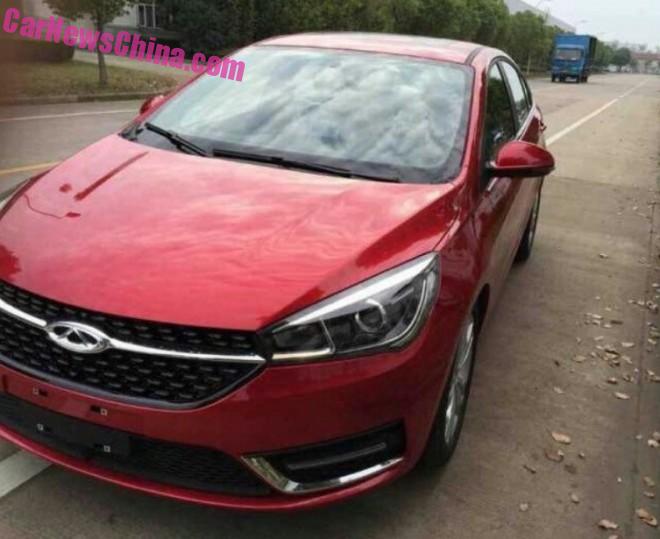 Another red car, this one with LED. Grille looks cool.