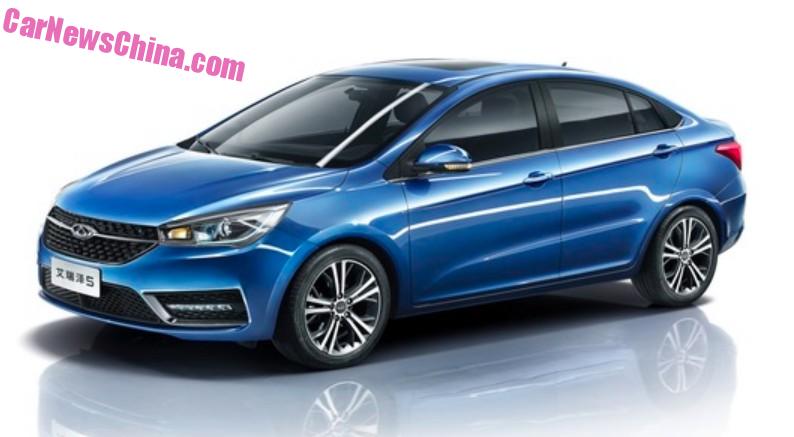 Chery has released two (02) official photos of the new Chery Arrizo 5 sedan for China. The Arrizo 5 will debut later this week on the Guangzhou Auto Show and launch on the Chinese car market just before the end of the year. Price will range from 60.000 to 90.000 yuan.

The Five is probably the best looking Arrizo-branded car so far, sporting a trendy grille with a single chrome bar connecting the headlights via the badge. LED strips in the bumper. It will be positioned between the Chery Arrizo 3 and the Chery Arrizo 7.

No further official photos, but fortunately we already have the rest:

Shiploads of gray and a slightly messy look. There seems to be a space for a start button on the left of the screen, but there ain’t no button.  Said screen is non-touch and on the small side. Dials are analogue with some red for sporty. Red comes back on the seats’ stitching. 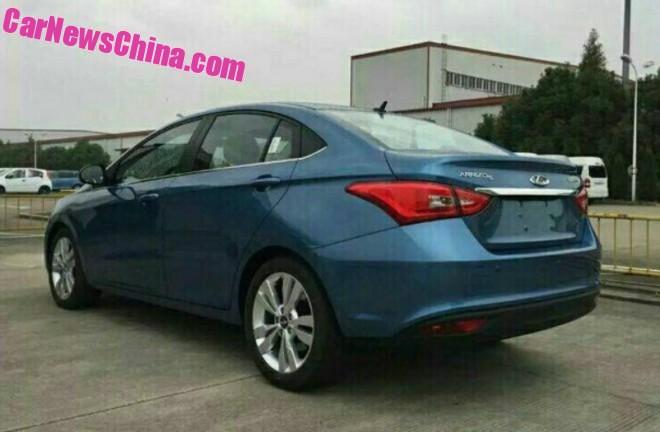 Some Hyundai influences here and there, but not too much. Taillights connected by a trendy chrome strip, spoiler in the boot lid, third side window is a fake, covered with black plastic. Chrome strip below the windows. Wheels seem about the right size. 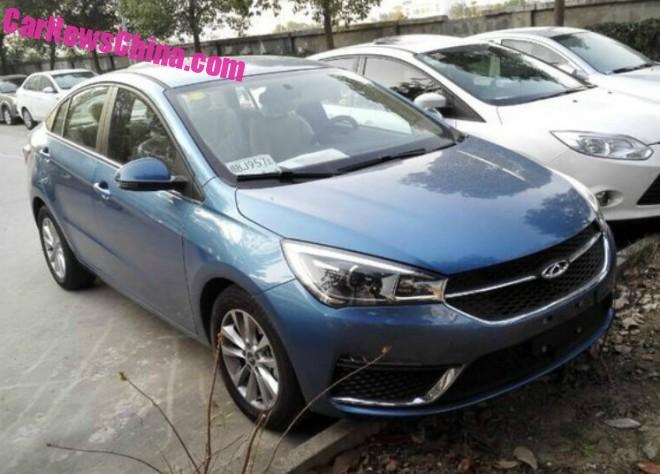 Real-life photo showing the chrome in the bumper more clearly, but LED strips are very invisible…