New Honda Civic is Ready for the Chinese car market 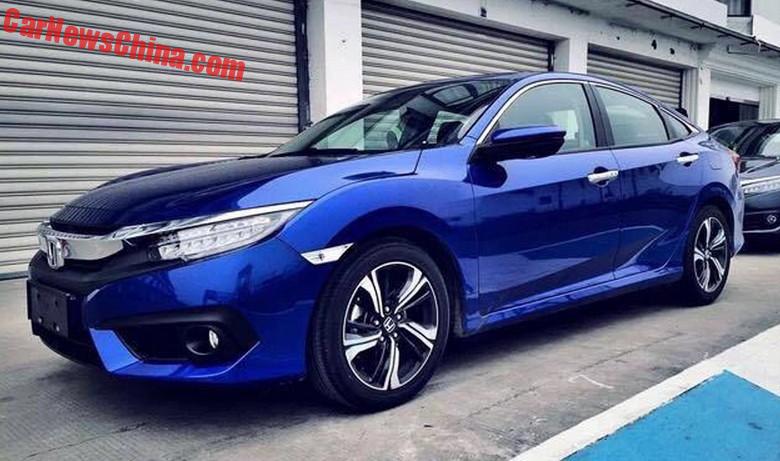 The Honda Civic s made in China by the Dongfeng-Honda joint venture. 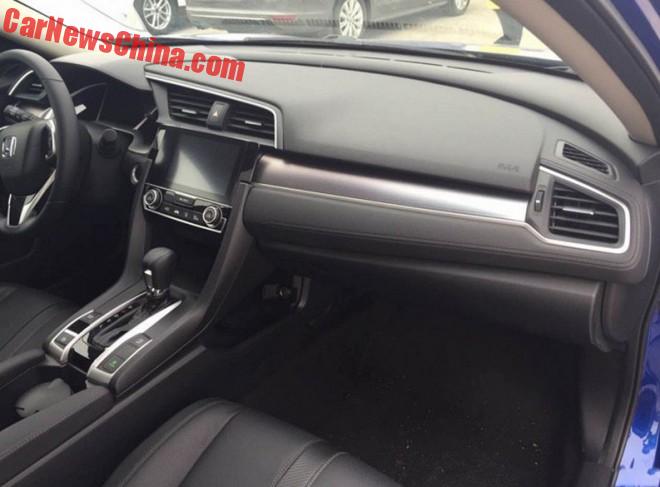 It is very gray inside, no fancy colors for Honda. The screen is rather small for 2016, and the design of the center stack with those big vents on top is daring. 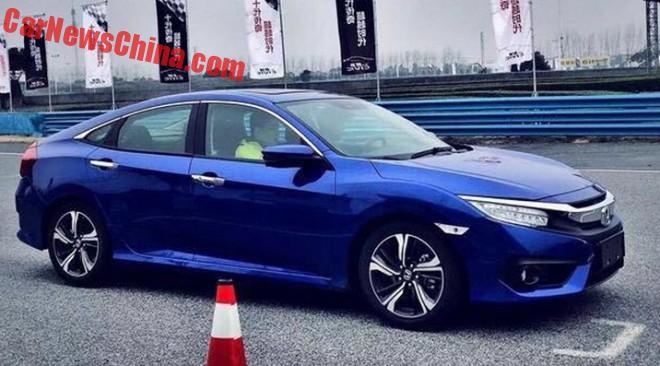 Front lights are all LED, connected by a big fat shiny grille. Interesting knack behind the C-pillar, making it look as if the whole car goes down there. 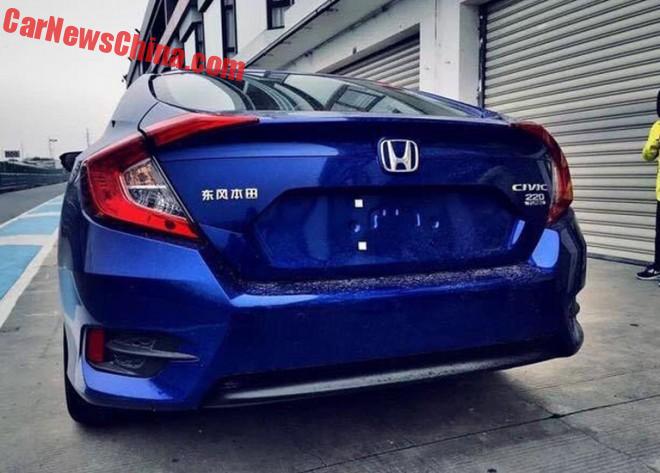 Honda is trying a lot, probably too hard, with the lights over the boot lid and the useless winglets in the bumper. 220 Turbo badge under the Civic badge. One we got to learn to love, but certainly better than the boring outgoing car.