Spy Shots: Facelift For The Mazda 6 Atenza In China 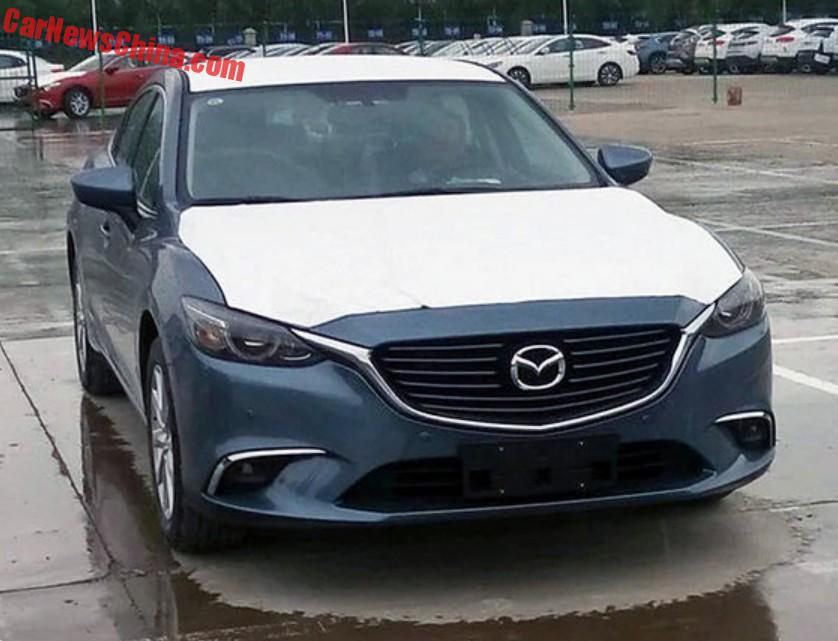 Spy Shots showing a facelift for the Mazda 6 Atenza. This is the China-made version, which is manufactured by FAW-Mazda. In China it is called the the Mazda Atenza, to differ it from the second and first generation Mazda 6 that are still in production. The facelift includes a new grille, new headlights, and a new bumper. 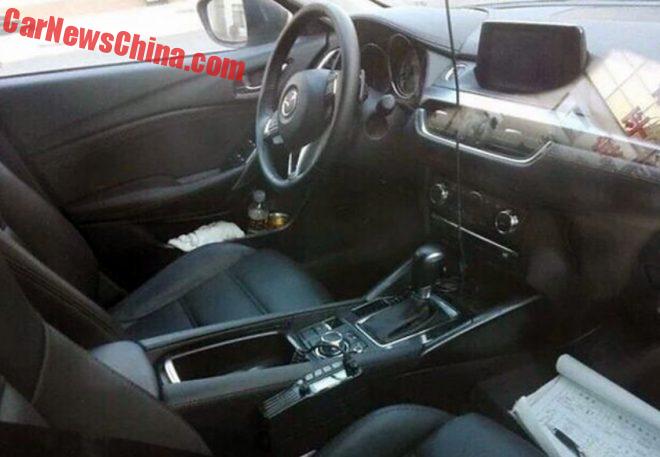 The interior gets an overhaul with a completely new dash and center tunnel. The screen is now of the standing kind, although it still isn’t very big. Gear lever is smaller now and there is a trendy knob on the tunnel between the seats. 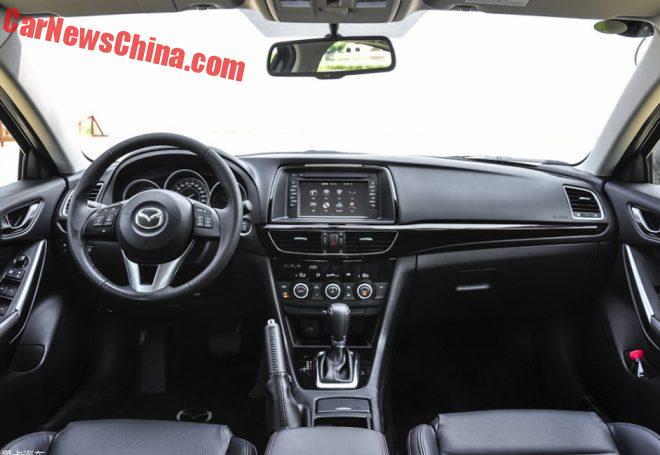 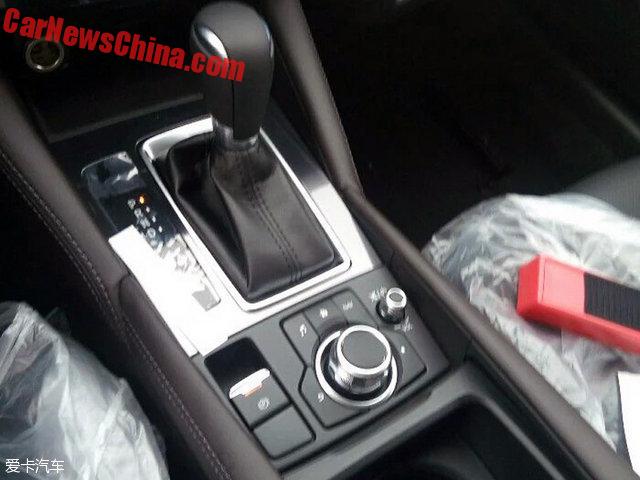 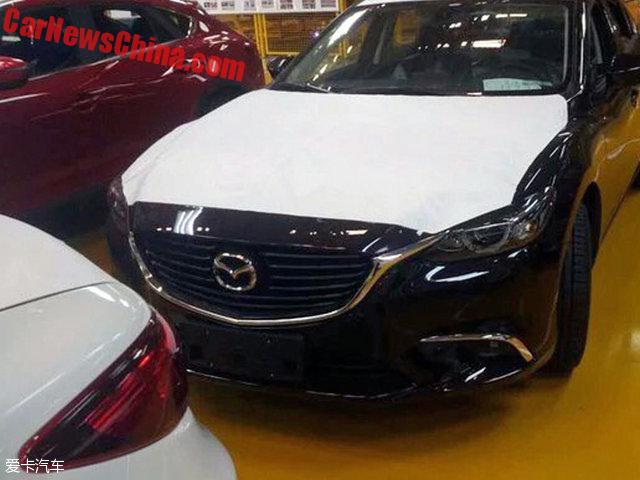 Shiny bits on each side of the bumper. 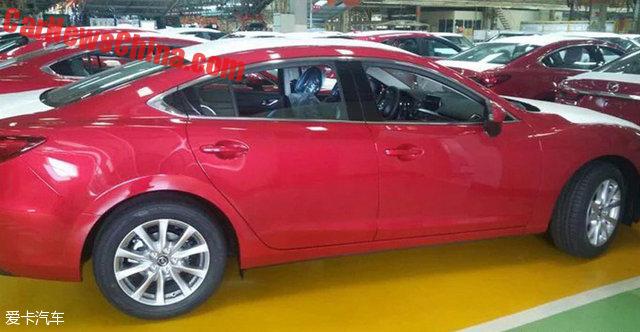 Rear just visible on the right side. New taillights connected by a shiny strip.