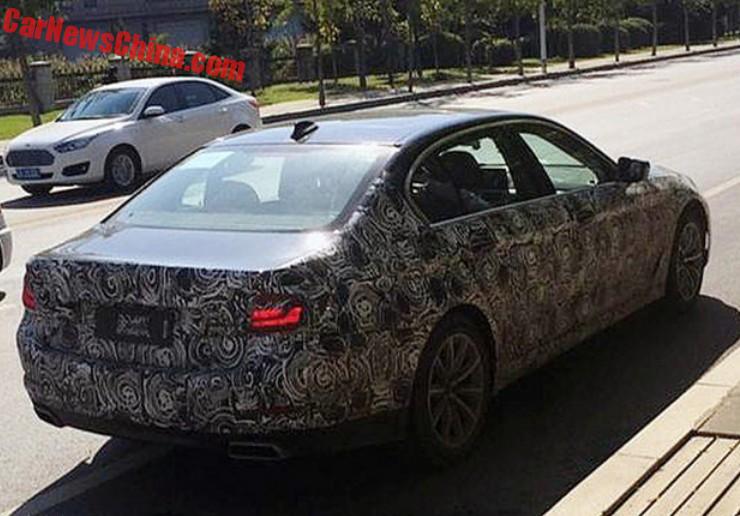 BMW recently released the first images of the all new 2017 BMW 5-Series. A new Five also means a new long-wheelbase version for the Chinese market, and one example was spied on the road. The BMW 5Li will debut in the first quarter of next year. Wheelbase will be extended by about ten centimeter for more space in the back. The extension can best be seen by following the roof line from the B-pillar to the back. Compare with regular 5:

The regular car. The roof line slopes down to the C-pillar much earlier.

The 2017 BMW 5Li will be manufactured by the Brilliance-BMW joint venture. It will be available with various four- and six cylinder engines and possibly as a hybrid. The eight-cylinder and the M models will only be available as imports. Too bad, as a stretched M seems a fine idea.

The production version will likely debut on the Beijing Auto Show in April. The 5Li will compete with stretched competitors such as the Mercedes E-Class L, the Audi A6L, the upcoming Volvo S90L, and the Jaguar XFL.