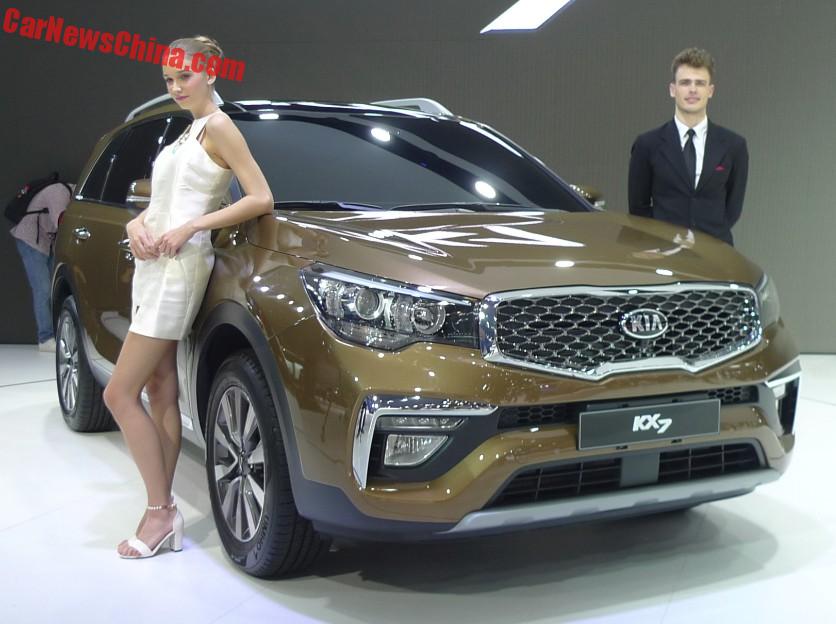 The Kia KX7 SUV has been unveiled on the 2016 Guangzhou Auto Show in China. The K7 is a good looking seven-seat SUV and the new flagship of the Kia brand in China. Kia had two non-Chinese models standing around. The girl looked bored like hell, the boy seemed to have a lot of fun. What is weirder? 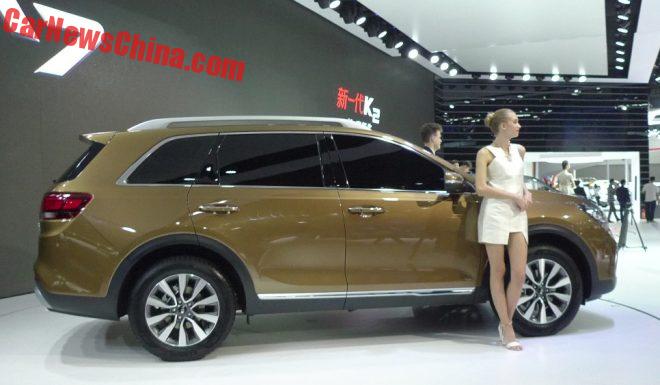 The Kia K7 then will be made in China by the Dongfeng-Yueda-Kia joint venture. It will be launched on the Chinese car market in March. It will get exactly the same engines as the Sorento, all mated to a six-speed manual or a six-speed automatic. The high end models will be 4WD. Price will start just above 200.000 yuan. 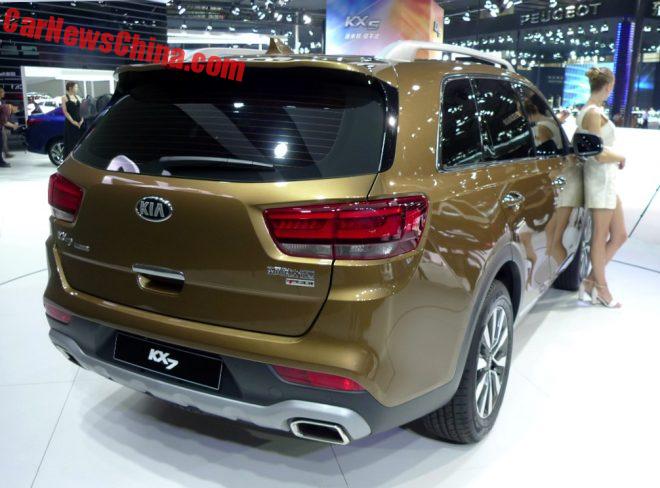 The doors were closed and the windows painted black from the outside (!) so even my super secret interior-spy camera could not see through. The interior will be unveiled later. Well, we almost cannot wait. Unveiling the car on one show and the interior on another is a new marketing thingy in China; getting attention twice for the same car. It is also annoying. But never mind, the marketing folks need to earn their yuan too, don’t they? 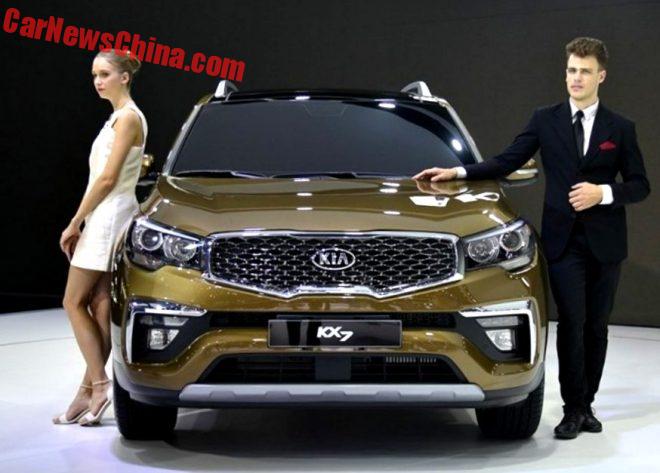 The girl looked like she was going to cry. The boy did nothing to cheer her up. Had they been in a fight perhaps? The shiny grille looks very nice. Lights a bit large. Shiny hooks in bumper are becoming very common. Black roof with a proper set of roof rails. 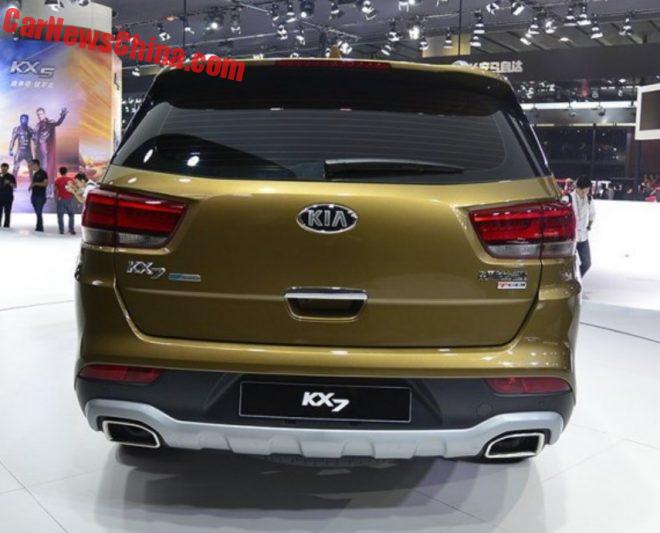 Those are fine lights with abig Kia badge and a large door handle. Bumper is sweet in light gray with two integrated pipe tips, and the tips are both real, they had a pipe behind ‘m.