The new Kia K7 SUV has been launched on the Chinese car market. Price starts at 179.800 yuan and ends at 244.800 yuan. The K7 is the new flagship SUV for Kia in China. It is based on the current third generation Kia Sorento, but with a flashier grille and different lights and bumpers. 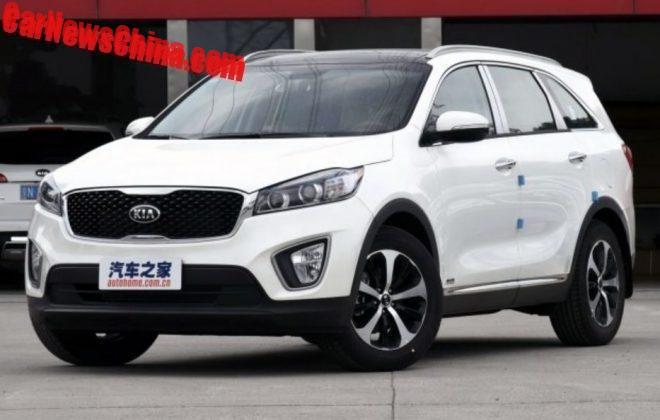 The Sorento was imported into China from South Korea, and that made it a bit more expensive than offerings from the competition. Not much more expensive because South Korea and China have a sweet little trade deal that eliminates most import taxes on cars. Nevertheless, Kia thought it wiser to shift to local production for a lower price point and to be able to adjust the cars to Chinese tastes. The KX7 is made in China by the Dongfeng-Yueda-Kia joint venture. 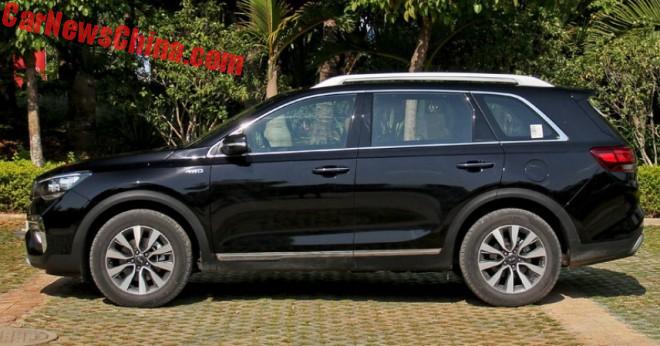 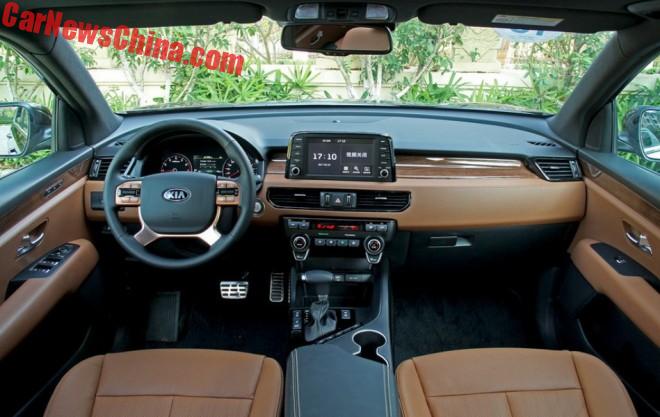 The interior is updated and looks surprisingly nice for a Kia. Lots of leather and even some wood. The pedals are perforated for extra lightness and thus speed. The infotainment system is housed in a large standing pod on top of the center stack. 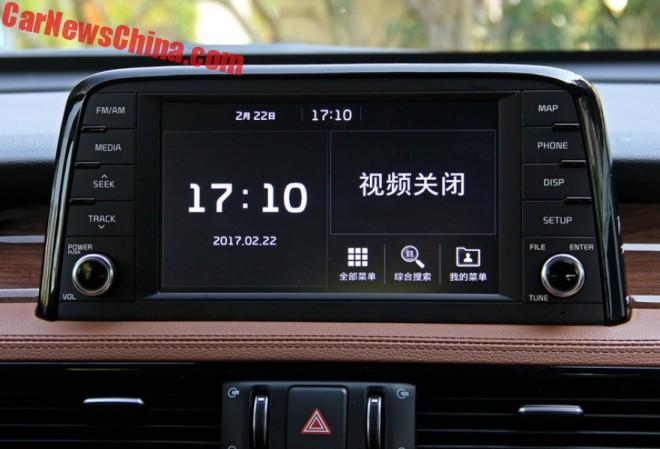 The touch screen itself however is not very large; just 8 inch and the graphics look outdated. But it has Apple CarPlay and Baidu CarLife. 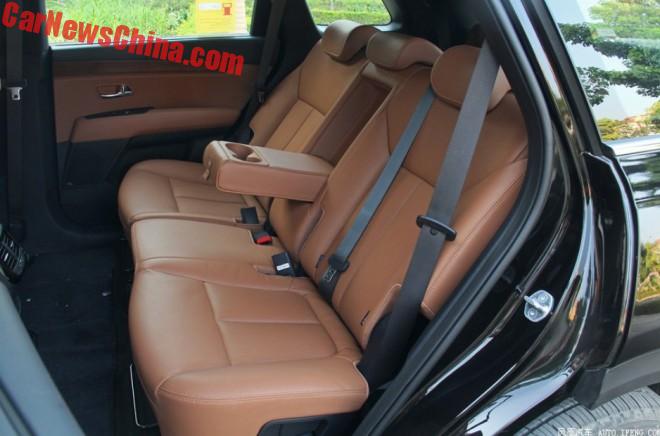 This is the five-seat variant and Kia will also offer a seven-seater. Passengers on the third row however better be small as there won’t be much space. 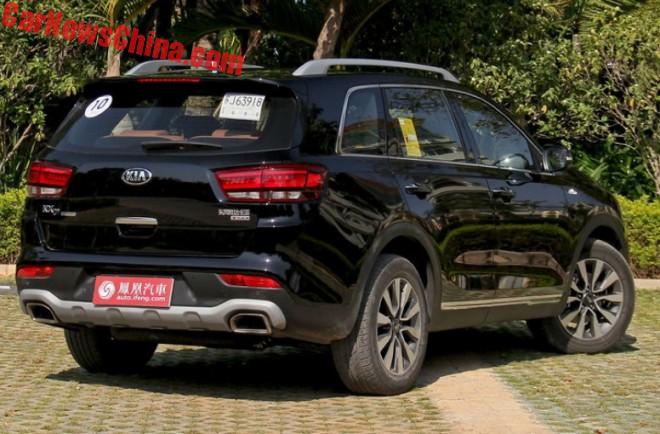 Roof rails are properly useful and large enough to attach a tree to. 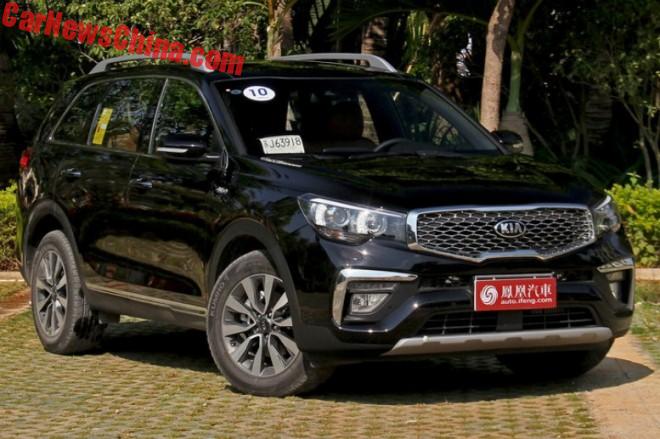 Not a Sorento; this is the new Kia KX7 for China.