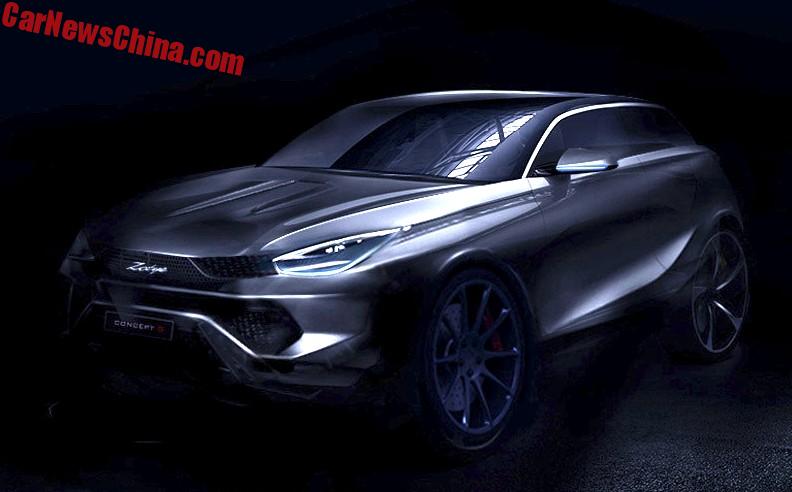 Zotye has released two teasers of their Concept S concept car, set for debut on the Shanghai Auto Show. The Concept S previews a sporty SUV that will slot above the infamous Zotye SR9. The design as seen on these renderings seems mostly original at the front and a Lamborghini Urus from behind. And what is going on with those front wheels? Very large and loads of negative camber it seems, whereas the rear wheel looks oddly small in comparison. 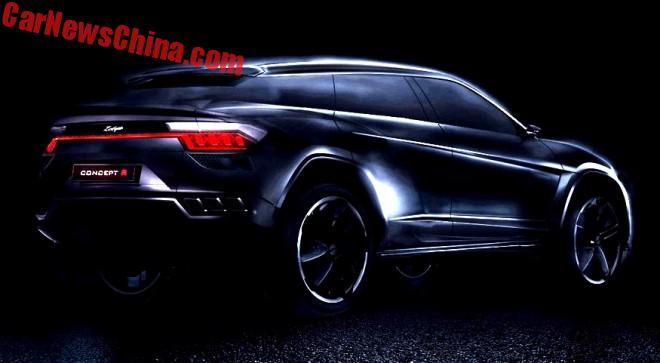 The wheels seem better balanced here, but it is really looks too much like the Urus, with Peugeot-style tail lights. Spoiler looks just like the one on the Urus too, and those creases over the doors look very familiar too. Did Zotye clone a Lamboo..? We got to wait for better pics to find out.

Fuzzily, the Soncept S It has three exhaust pipes on the right side of the bumper, and I assume it has another three on the left. So much racy needs a big engine. Sadly Zotye hasn’t said anything about power yet. The eventual production car will likely get the same 190hp 2.0 turbo petrol engine as all the other Zotye’s have. Not really like a L:amborghini.

But! The Urus debuted in 2012 and still isn’t nowhere near the market. Zotye on the other hand has shown many times they are able to turn a concept into a production car in a year or even less. So Zotye might actually be first…