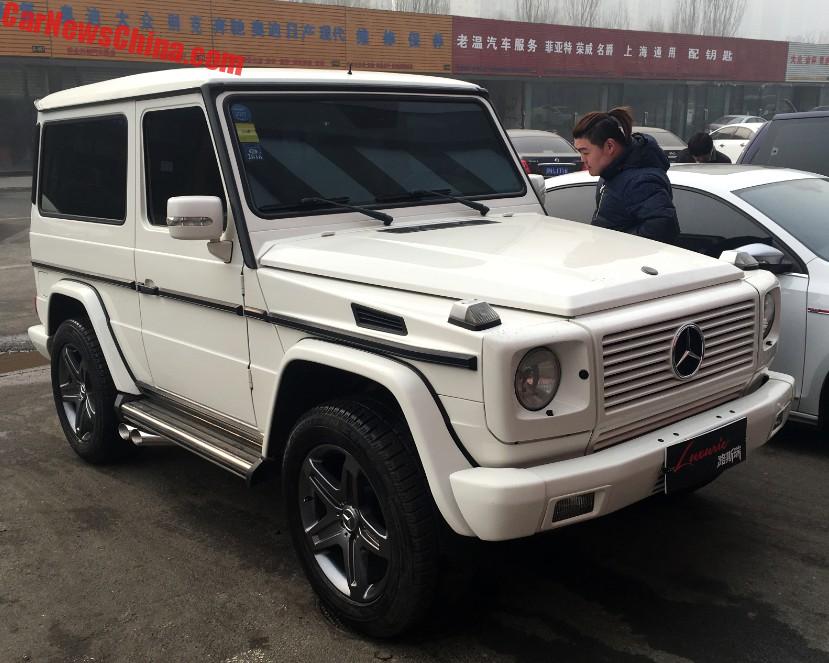 A wondrous white 3-door Mercedes-Benz G500, Spotted in China on a car market in south Beijing. The G had been fitted with various Brabus body parts, darkened windows, and five-spoke AMG alloys. 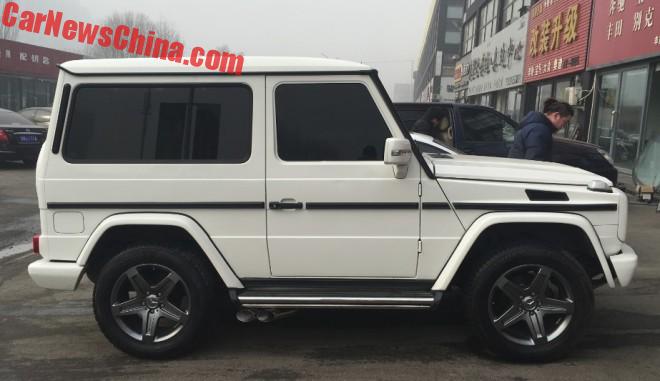 The owner told me it was a 2002 U.S.-spec G500, imported into China in 2012, complete with the Brabus kit and darkened windows. He only changed the alloys and mirrors for modern-day examples. This sort of mismatching G-Class cars are pretty common in China. Some look great, others less so. This white example looks fantastic. 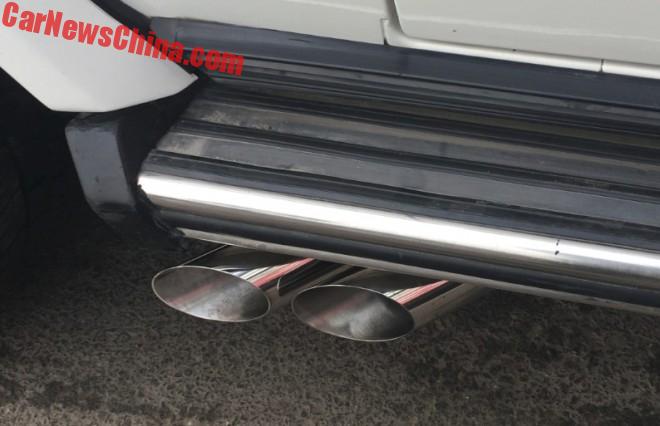 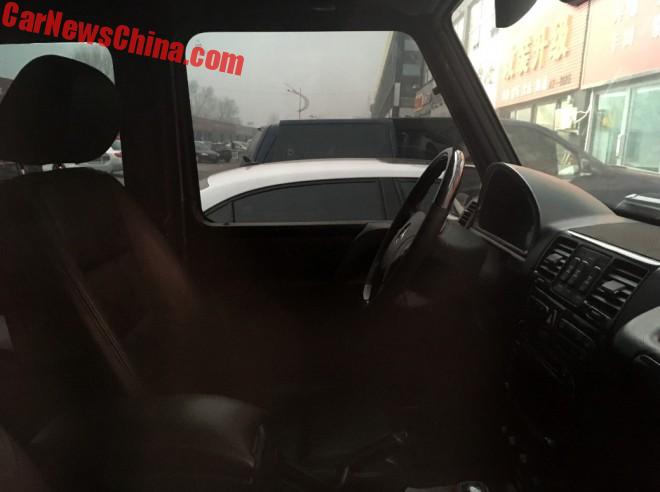 The interior was in good shape and the seats were in red leather. 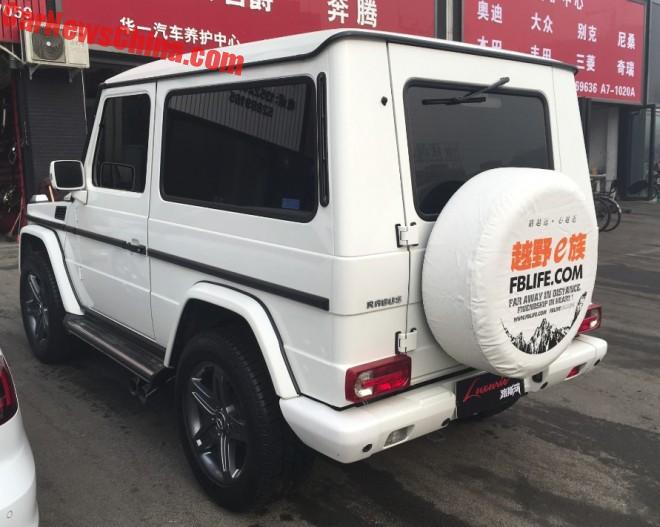 Those old and modest bumpers are much better than today’s monsters. 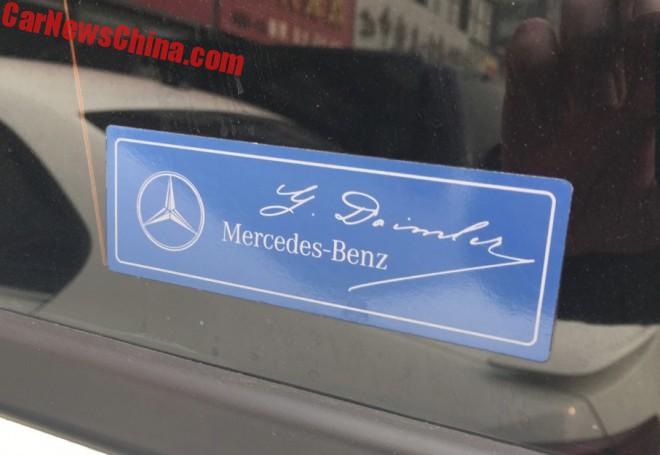 We have seen this sticker on many older U.S.-spec Mercedes’. It shows an image of the signature of Gotlieb Daimler, founder of the company that eventually became Daimler-Benz.

Tsk! It is really not hard to score a new Brabus badge. 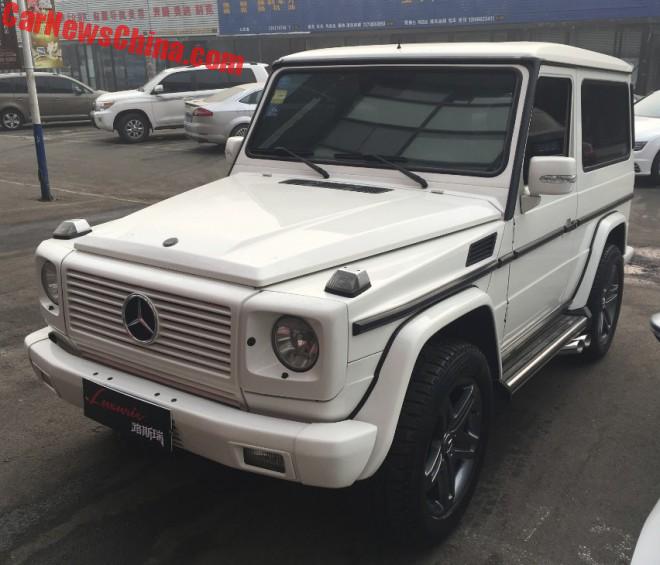 All G-Glass’ should be white.