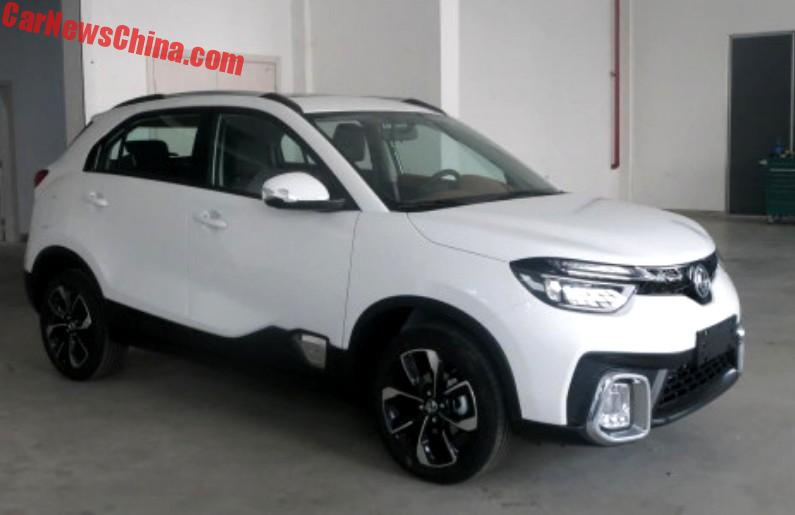 New photos of the Fengshen AX4 crossover hatchback. It will debut next week on the Shanghai Auto Show and hit the Chinese car market in September. The Fengshen AX4 is aimed at young car buyers and therefore has a lot of weird lines. The most eye catching creations are the fog lights. They are fitted into a very large protruding shiny frame that sits very low in the bumper.

Nothing can distract from these things, they make the whole front, good or bad, and they seem to drag the nose of the vehicle to the floor. Daring, but a bit strange. 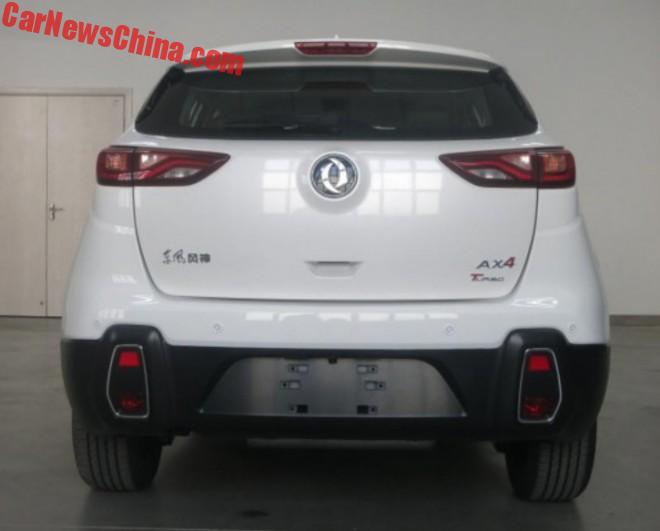 The rear end has its own frames for the foggies, but they don’t attract as much attentions as their brothers up front. The eye here goes to the stylish lights, the enormous Dongfeng logo between the lights, and the badges on the lower-right. AX4 with a red 4 and Turbo with a red T. Badge on the lower-left writes Dongfeng Fengshen.

The Fengshen AX4 stands on a new ‘modular platform’ called DF1. It was developed with PSA, of which Dongfeng Motor is one of the largest shareholders. Companies also have the Dongfeng-PSA joint venture which makes Citroen and Peugeot branded cars for the Chinese market. 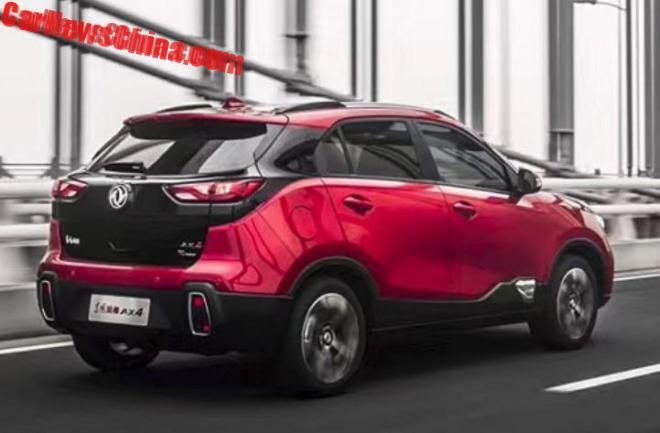 Official image of the Fengshen AX4 in a trendy two-tone color scheme. The AX4 looks probably better in one color. The two tone scheme emphasizes the utter weirdness of the lines leading fron the rear fender to the rear. 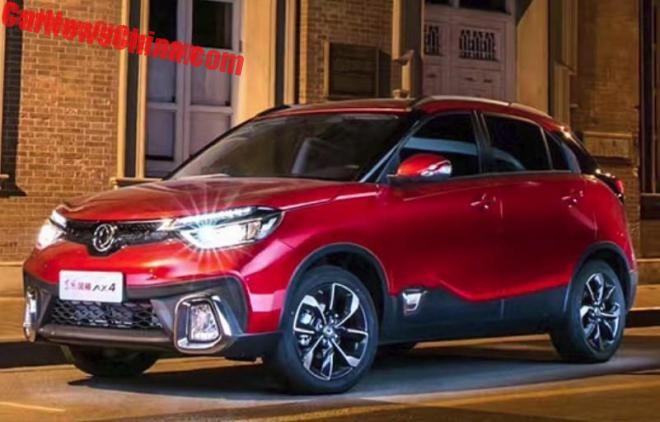 Even with the big lights on my eyes head for the fog lights straight away. And annoyingly, I am still not sure what that shiny thing on the front door is all about. It can’t be just a decoration, right..?