The Dynasty Is The First BYD That Actually Looks Great 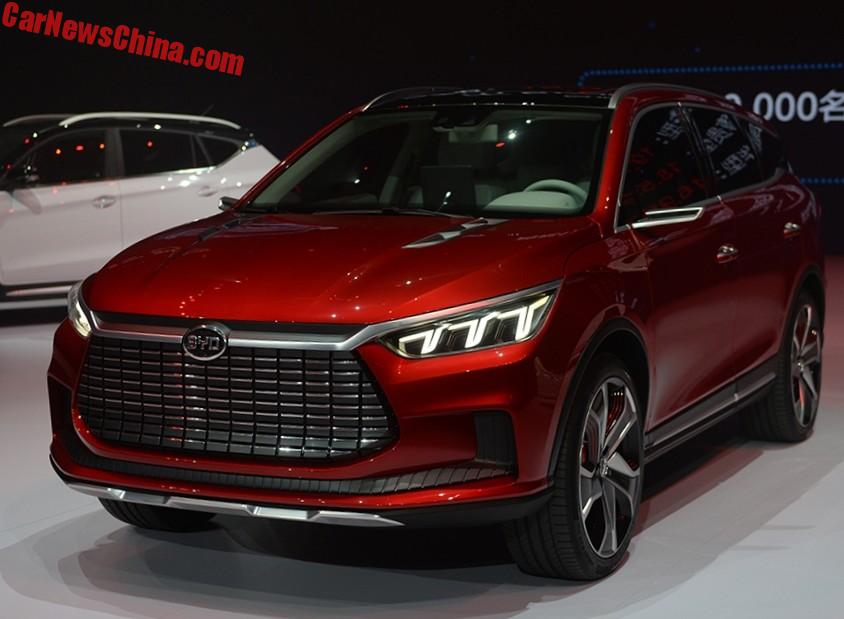 BYD’s are going to look good, and that is great. Until now they were impressive cars from a tech perspective, like the Tang super SUV, but design always disappointed. Last year BYD hired Wolfgang Egger as their new head of design, and the first car he draw is this new BYD Dynasty concept.

Mr. Egger on the right, explaining about the spoiler. In his long career he worked for Seat, Alfa Romeo, and as head of design for the Audi Group. He designed, among others, the Alfa Romeo Nuvola concept and the Alfa Romeo 8C. Now he is in China, working for BYD. 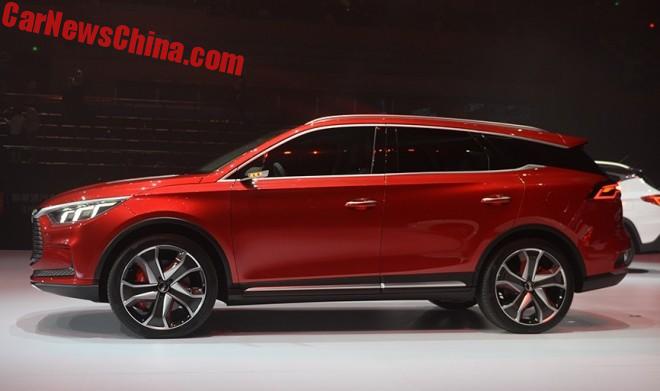 The Dynasty certainly looks better than any BYD before, although the C-D pillar design is a tad too common now. Really every new SUV of a Chinese car maker has a similar C-D with a similar floating roof. The Dynasty is very close to production. It will be launched sometime next year, called the Song 7.

BYD hasn’t released any information about the power train of the concept car. The production car will likely get a 1.5 turbo, a 1.5 turbo hybrid, and a 2.0 turbo. 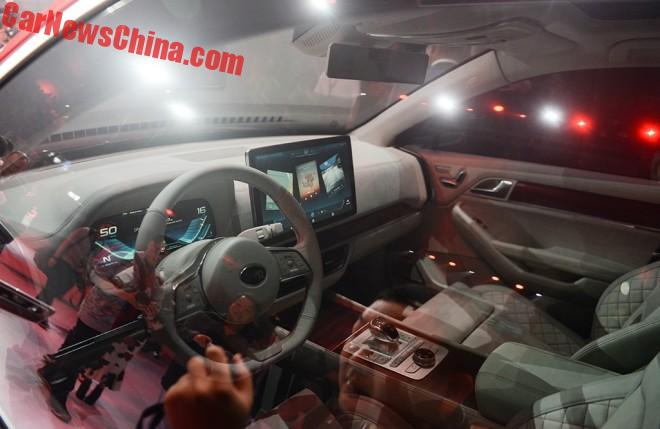 A very nice interior with a digital instrument panel and a large standing touch screen on the center stack. Seats look luxurious.

Passengers have their own entertainment. 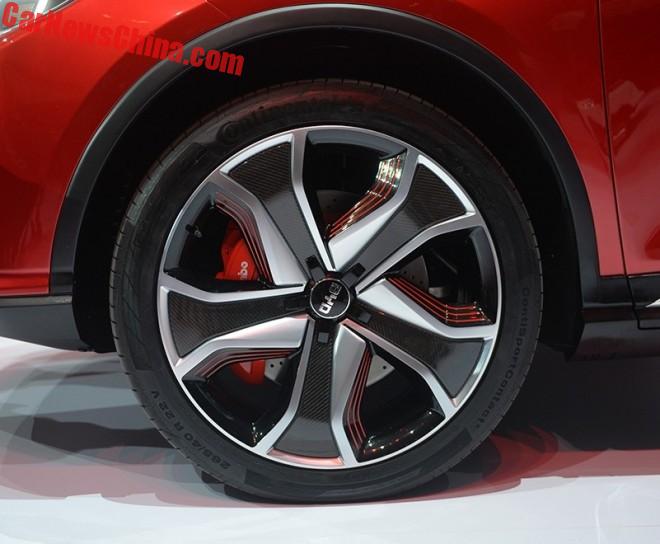 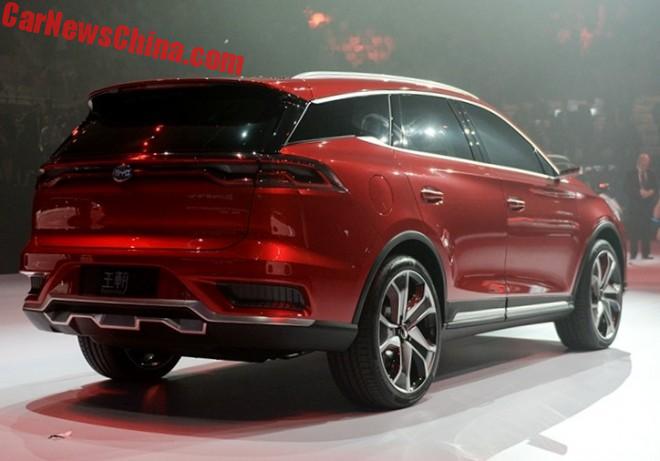 Hopefully the production car retains the big wheels of the concept. Diffuser looks a bit messy. 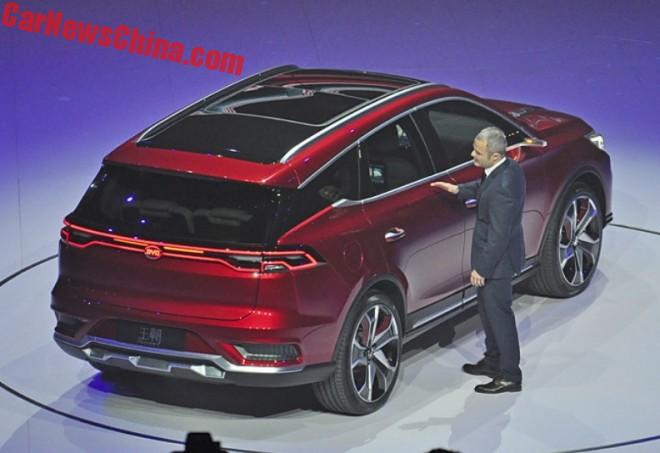 Light unit is a beauty with the BYD logo in the middle. Job well done Wolfgang, may there be more pretty from BYD in the future.