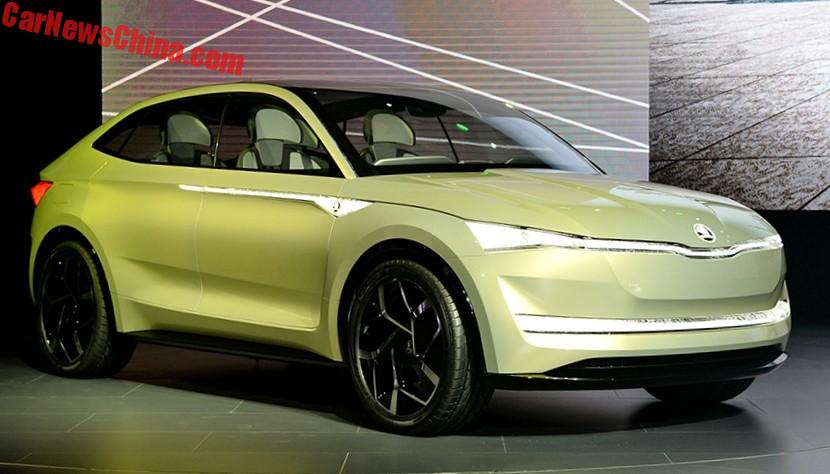 Skoda has launched the Vision E concept car, one day before the start of the 2017 Shanghai Auto Show. The Vision E previews a new full electric SUV coupe based on Volkswagen’s dedicated-electric MEB platform, it is scheduled to launch on the Chinese auto market in 2019. 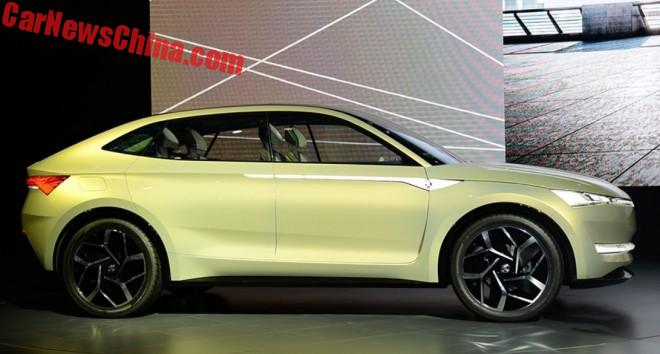 At the same time Skoda does not deny that many of the design elements of the Concept E will come back in the upcoming Kodiaq Coupe, one of four new Skoda SUVs for China. So somewhat oddly we might have two very similar looking cars on two entirely different platforms; the petrol powered Kodiaq Coupe on MQB and the production version of the Vision E on MEB.

Skoda says the concept is ‘powered’ by an two electric motors with a combined output of  306 horses, good for a 180 km/h top speed and with a 500 kilometer range. One motor sits on the front axle the other one at the rear axle, making for a four-wheel drive setup.

Size wise the Vision E is very close to the Kodiaq: 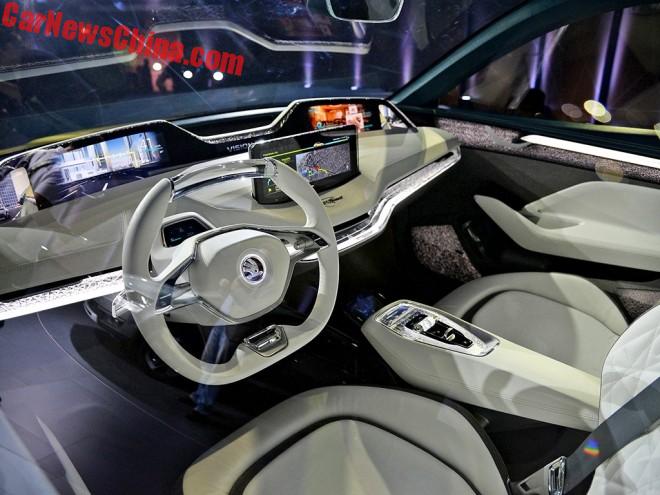 A futuristic interior with 3 large screens, the one on the right for the passenger’s entertainment. No need to talk anymore in the cars of tomorrow! We will all watch the internet! The driver can do his bit of surfing too because the concept is fitted with Level 3 autonomous drive. 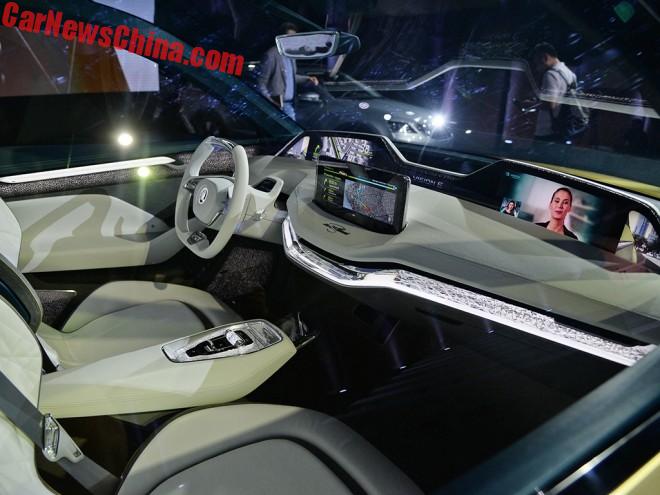 TV show playing in front of an empty seat. Flat bottomed steering wheel for if the driver is in a crazy mood and wants to go fast. 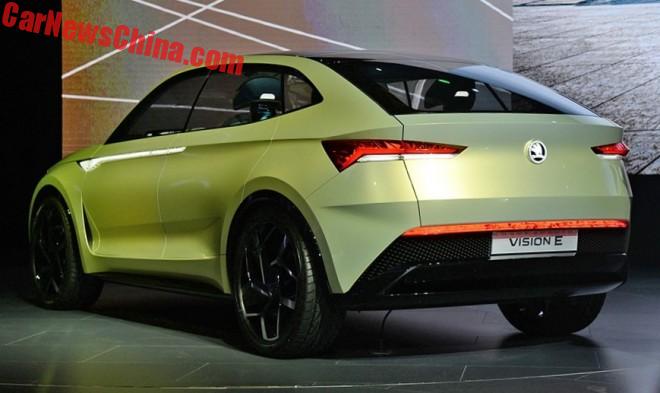 Design is very subtle all around. Is is great to see that in a time where most car makers go for far too many needless lines. 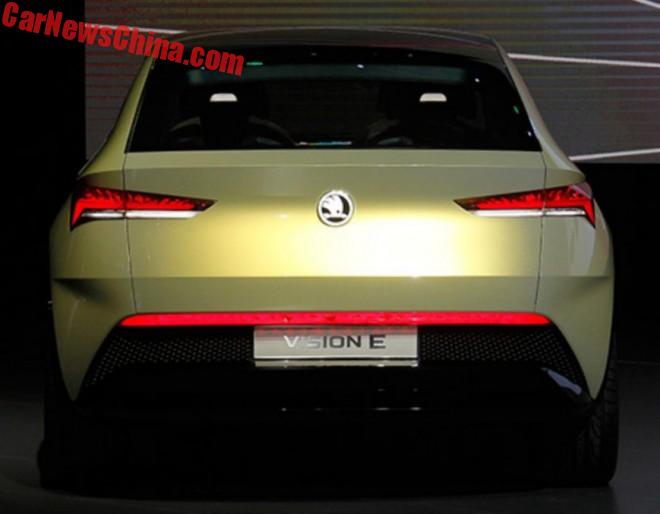 Are you an electric car or a petrol car or both..? 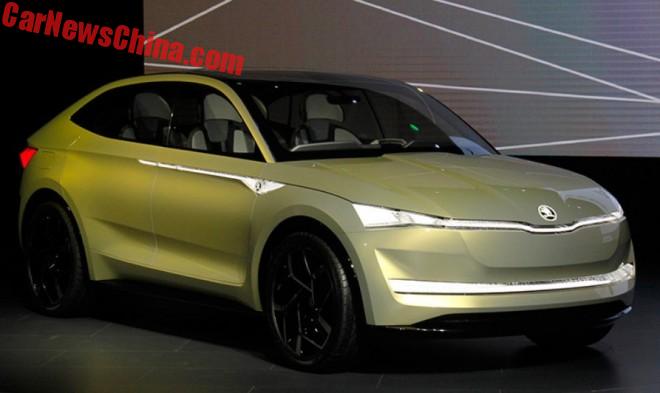 Nose wide light unit has been a concept car staple for years, but we haven’t seen any on a production car yet. IT looks great on the Vision E, so maybe Skoda can give it a go.