The MG E-Motion Is The Star Of The Shanghai Auto Show, Production In 2018 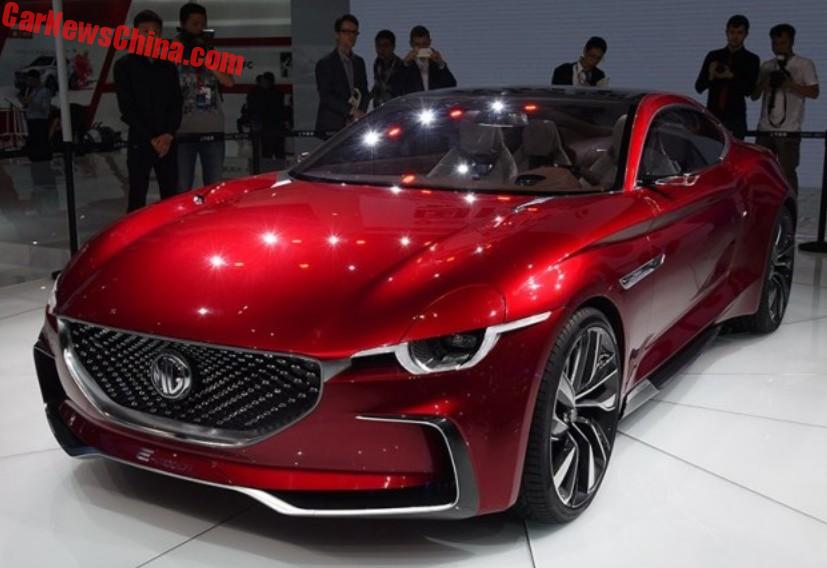 The MG E-Motion has been unveiled on the 2017 Shanghai Auto Show, and for me it is the star of the show. It looks stunning from the grille to rear, with perhaps some Jaguar influences at the front. Best news: it will see production in the second half of next year.

MG executives have told Chinese media that the 2018 production car will be a plug-in hybrid, to be followed by a full-electric version in 2020. Sadly, there are no plans for a patrol version.

The concept is based on SAIC’s new pure-electric modular platform that will also underpin several other electric cars for the MG and Roewe brands. MG claims 0 to 100 in less than four seconds and a range of 500 kilometers. No specs yet on the PHEV.

SAIC, or the Shanghai Automotive Industry Corporation, is the Chinese owner of MG and Roewe.

Another tidbit: wheelbase is 2700. 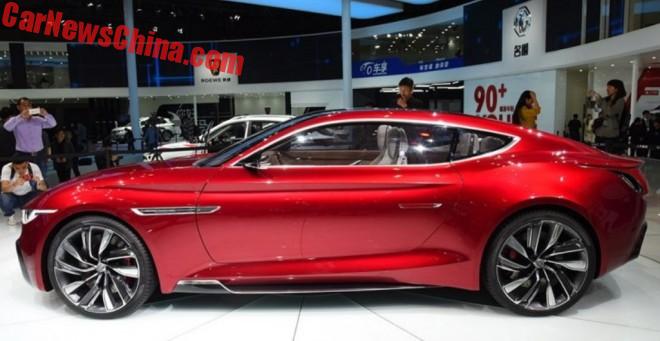 A perfect profile with a pronounced rear fender and broad shoulders. Only bad is the shiny strip over the front fender and door, it seems a bit too large and starts too close to the wheel arch. 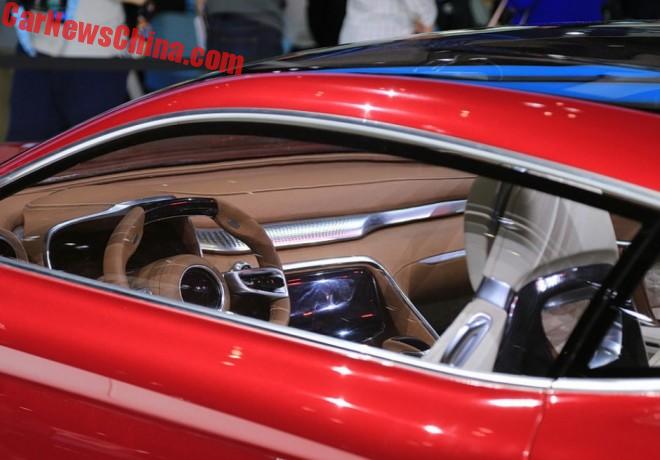 A beautiful interior with a racy wheel, loads of leather and brushed metal, a digital instrument panel and a modestly sized touch screen for the infotainment. It is good to see that some automakers resist the urge of making these screens ever bigger, and then even bigger. We are seeing a lot of screens, especially in concept cars, that are focused on function instead of just in size. 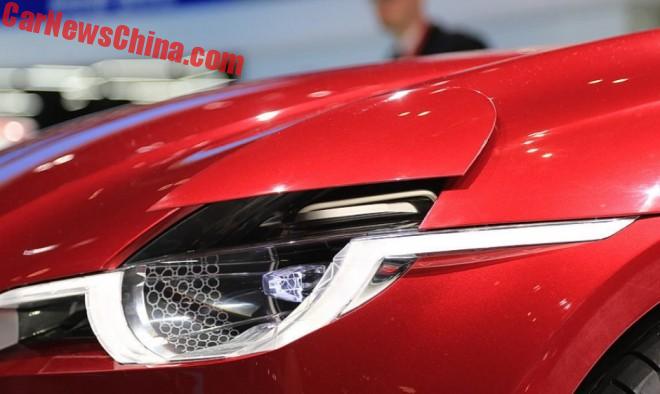 A wink to the pup-up lights of lore. Brilliant!

The only thing the E-Motion can do without. 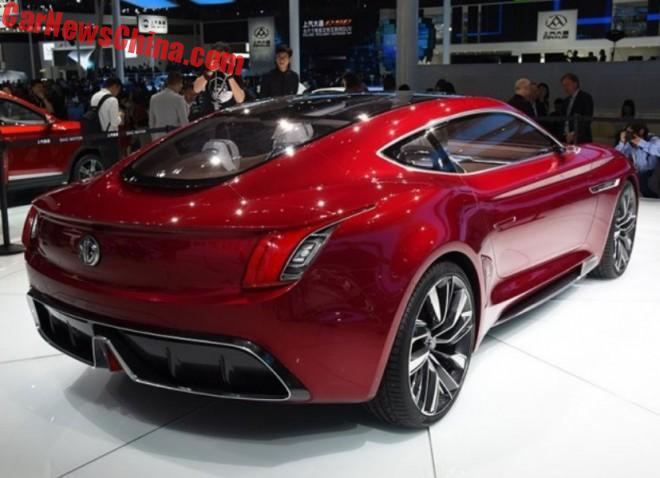 Lights are of a modest size, subtle spoiler integrated in the boot lid. Bumper diffuser unit looks great. Best are the wide rear fenders morphing masterfully in the shoulder. 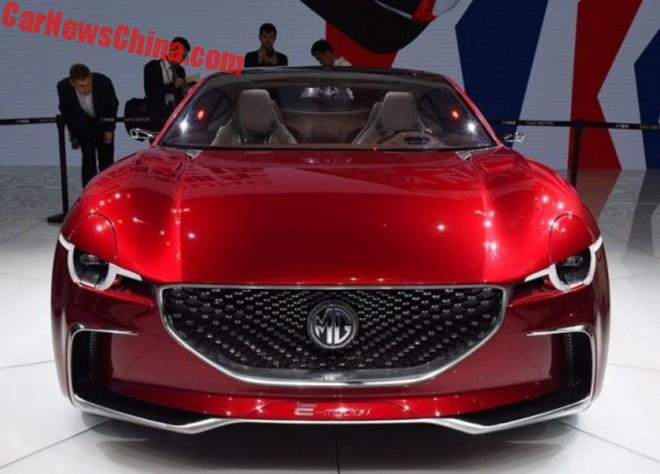 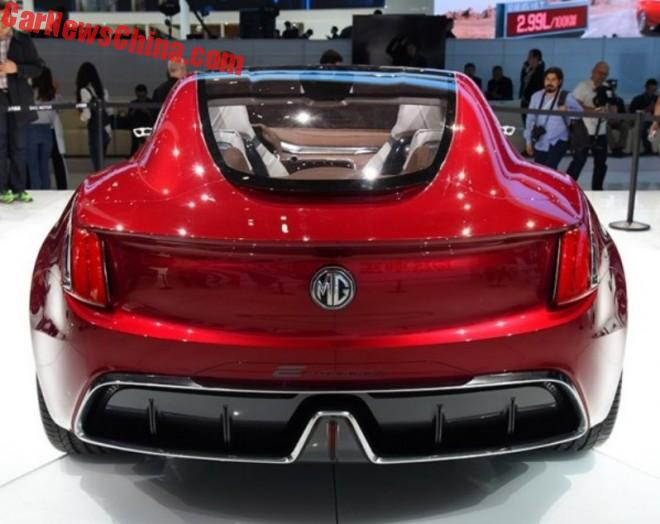 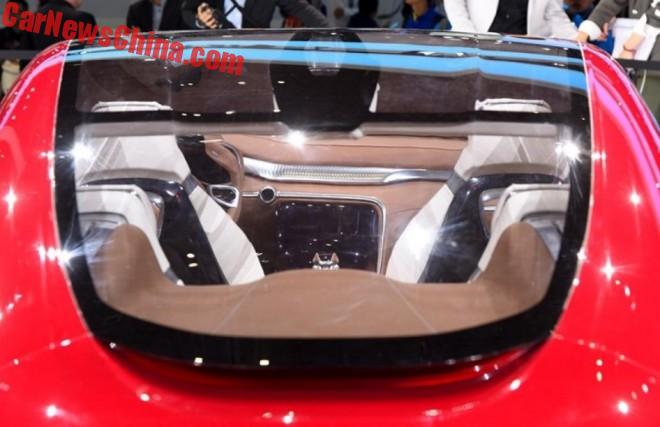 More brilliance here; the rear and front window and roof make for a full canopy, with three pieces of glass connected by small black strips. The roof is basically another window, which is a nice idea, but fitting in a sunroof will be hard and it would take a strong aircon to cool the cabin down in summer. 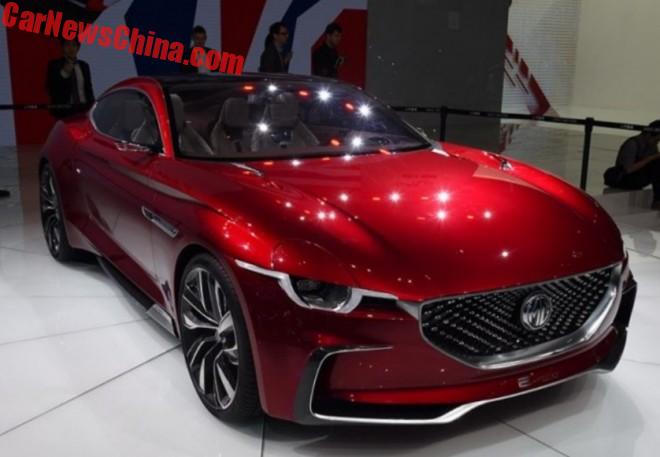 The MG E-Motion; probably the best looking Chinese car ever, and it will be on sale in about a year.