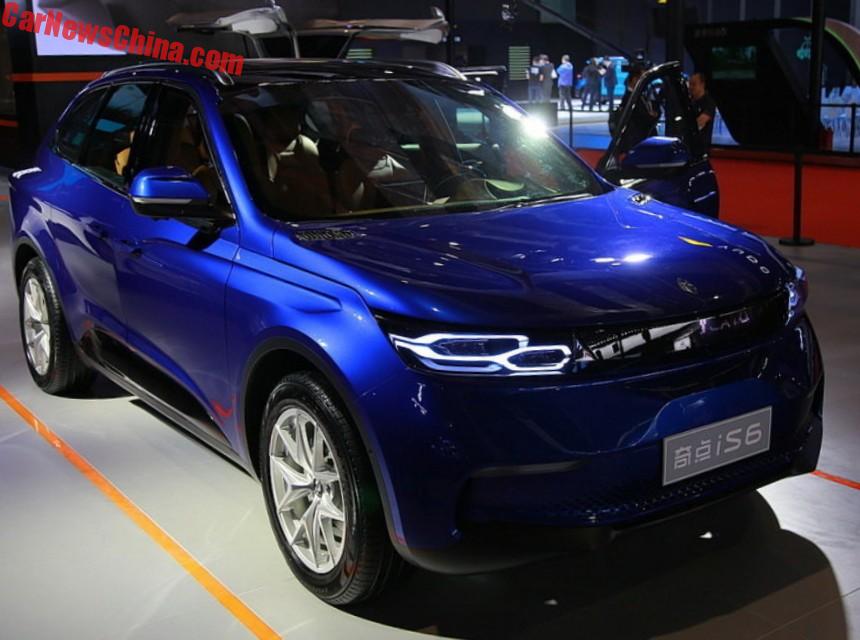 Singulato shipped their new iS6 electric crossover SUV to the Shanghai Auto Show, showing off its beautiful lights and dark blue body. Singulato is a brand under Zhiche Auto, a Chinese start-up based in Beijing. Small-batch production of the iS6 will start late this year and mass production in mid 2018. Price will range from 200.000 to 300.000 yuan ($30.000 – 43.000), pitching the iS6 straight up against the Tesla Model 3. 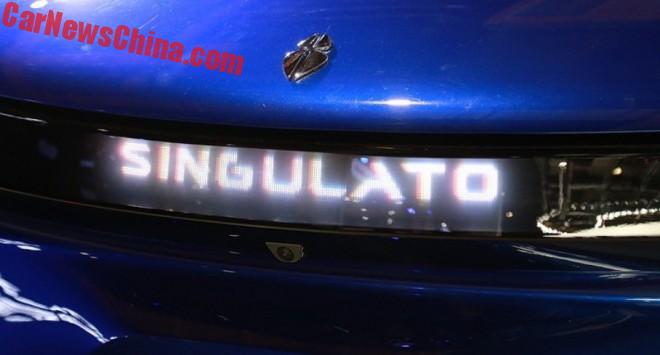 Driver’s can change the output of the screen in the grille. I hope it can do “Police Move Over”, in mirrored script. 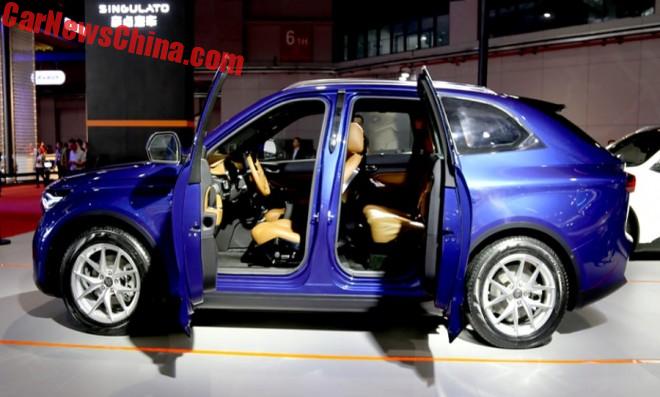 The suicide doors are production ready.

Specs: range of 400 kilometers, And Singulato claims that a one hour charge on a fast-charger is enough for 320 kilometers. 0-100 takes four seconds. The battery pack consists of 18650 lithium ion batteries. No info yet on the motor.

Length: 4850, wheelbase is 2960. Singulato will offer a five-seat and a seven-seat version. Cars on the booth in Shanghai were both five-seaters. The is6 will be semi-autonomous with automatic parking. A fully autonomous version will be launched in 2020. 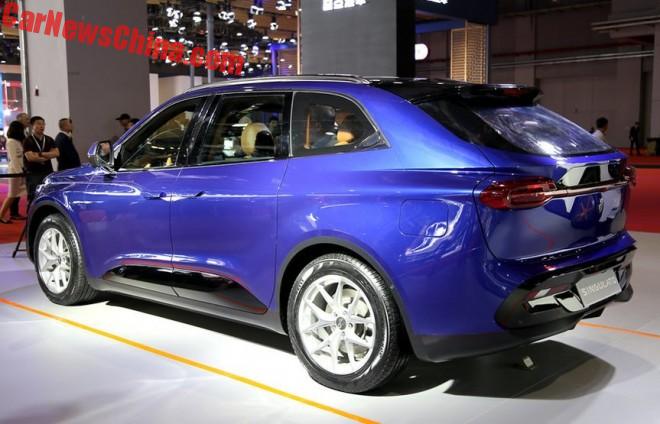 Design is nice overall but it seems a bit stretched out and the shoulder line seems a tad too low. Large rear overhang. 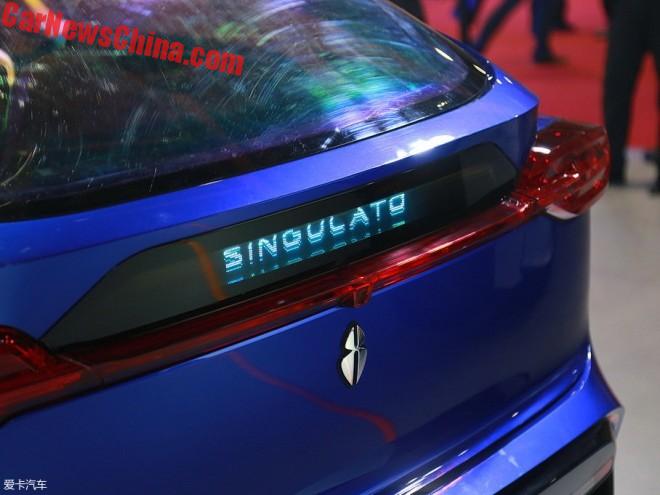 Another talking screen at the rear. 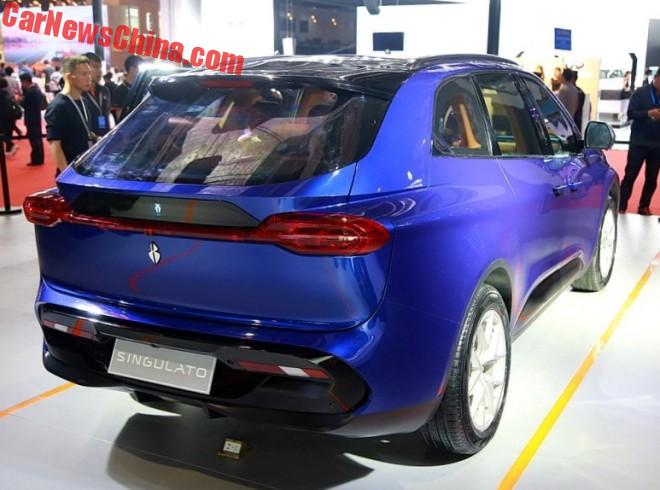 The rear looks a bit empty between the light unit and the bumper. 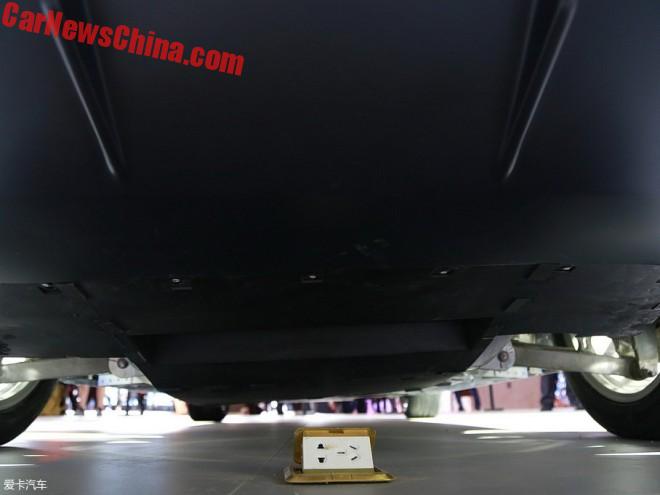 The underbelly is completely flat. 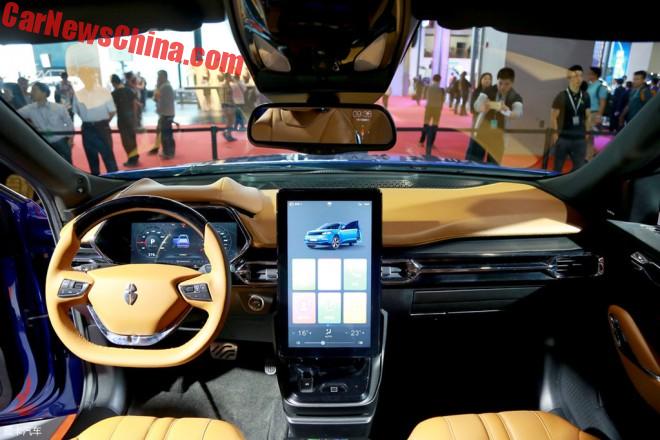 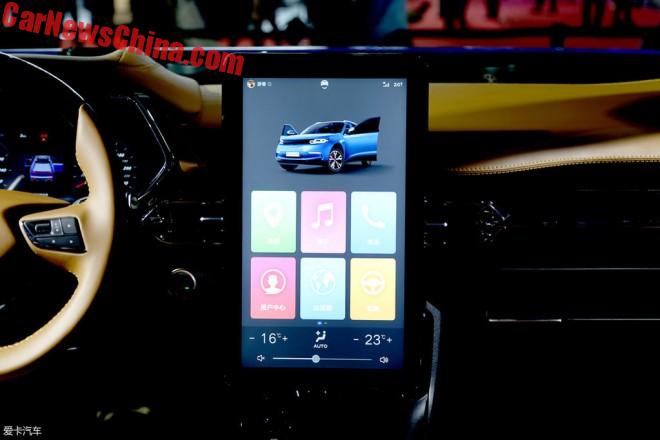 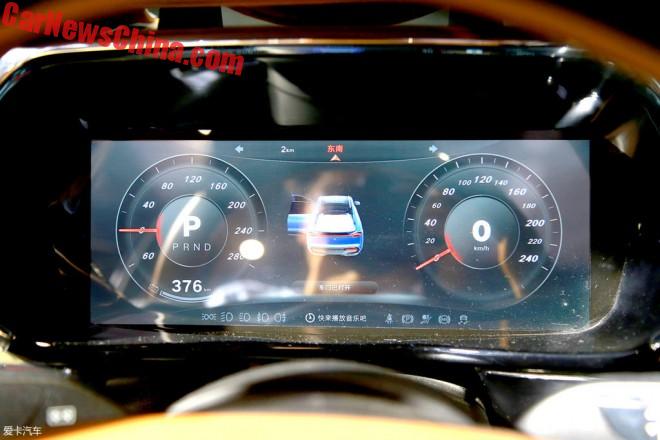 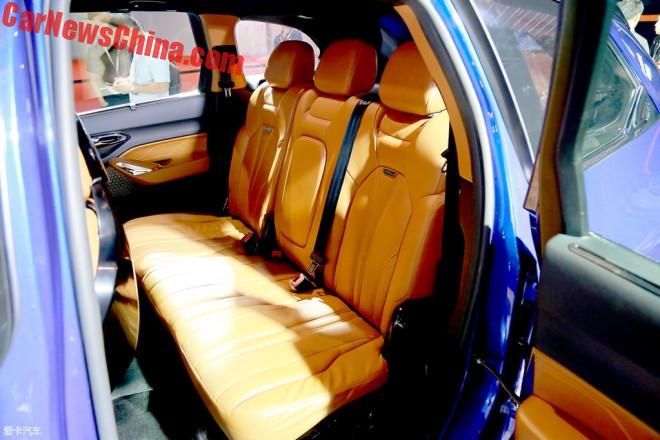 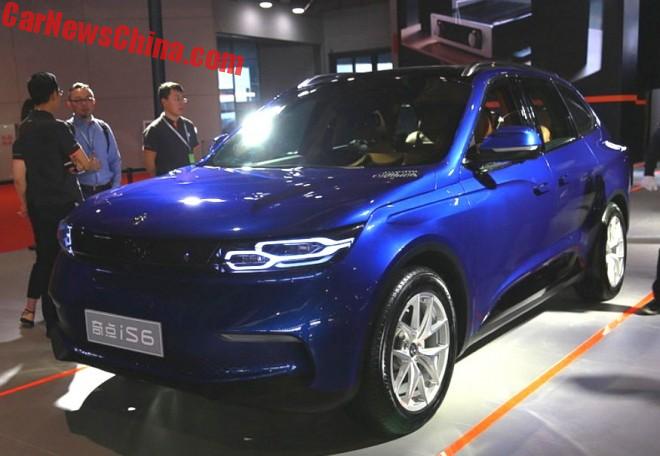 Will the iS6 keep trendy Chinese from buying a Tesla Model 3..?