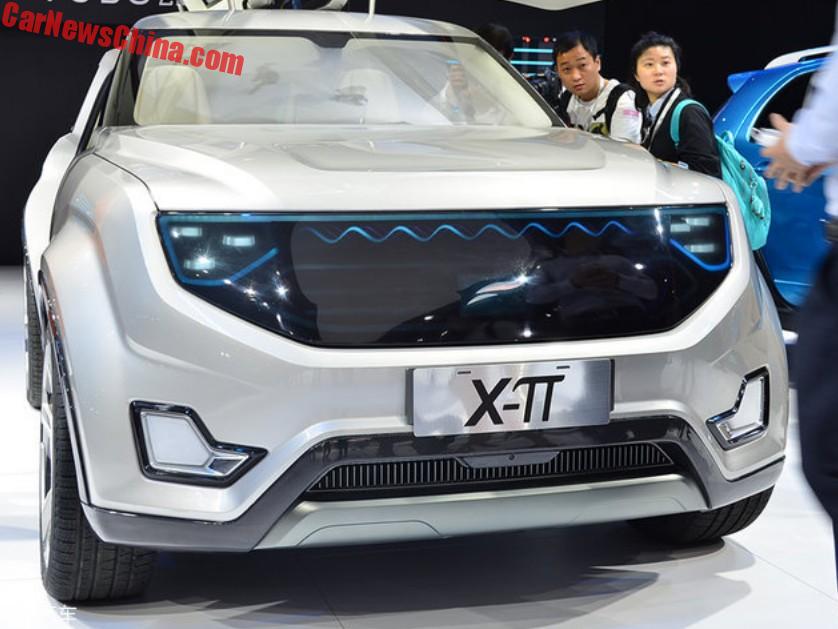 We are not quite done with the 2017 Shanghai Auto Show. Sorry for the delay in our reporting. We had some technical difficulties last week but everything should be all right now.

We continue immediately with the new Yudo Auto X-Pi electric concept car. Pi as in π, the sixteenth letter of the Greek alphabet. It previews an upcoming mid-size crossover SUV that is scheduled to hit the Chinese auto market in 2019. 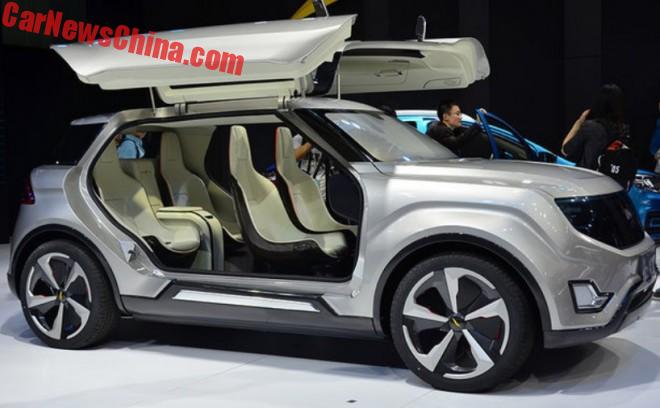 Design is muscular with wide wheel arches, a short bonnet, and a short overhang front and rear. Interestingly, the company won’t rule out that the typical concept car doors will make it to the production car. Well, why not? Tesla did it too, in a half kinda way.

Yudo Auto is a new EV brand, launched in February. Their first production cars will be the Yudo Pi 1 small crossover and the Yudo Pi 3 compact crossover, both will launch within this year. Next up is an A-class crossover for 2019, previewed by the X-Pi, followed by a C-class crossover in 2020. All will be full electric, there won’t be any hybrids or petrol powered cars.

Yudo Auto has received an official government license to produce cars. Main shareholders are several state-owned companies and the local government of Fujian Province where Yudo is based. It is very much a state-supported affair, instead of an ultra hip independent startup.

The company’s English slogan is “creating for change” and they have launched a website that looks a lot like a state-owned company’s website, with lots of photos of visiting dignitaries. 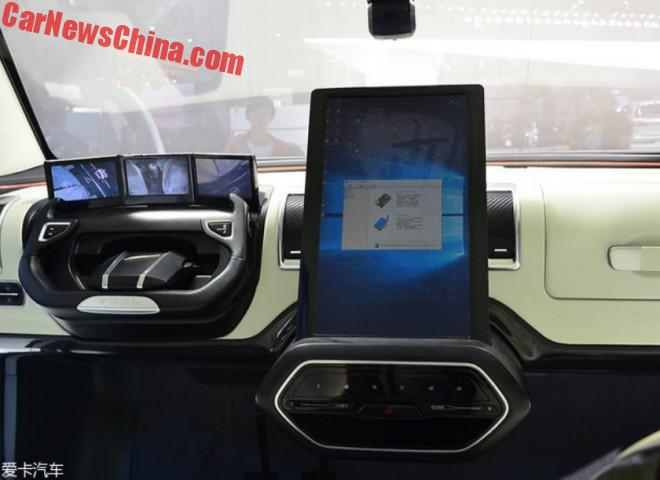 That screen is larger than my computer’s monitor. It seems to be about 16 inch, and it is positioned so high that blocks a large part of the driver’s view. And the driver will be busy enough checking out the three tiny screens in front of him. The steering wheel can fold into the dashboard when the vehicle is in autonomous mode. 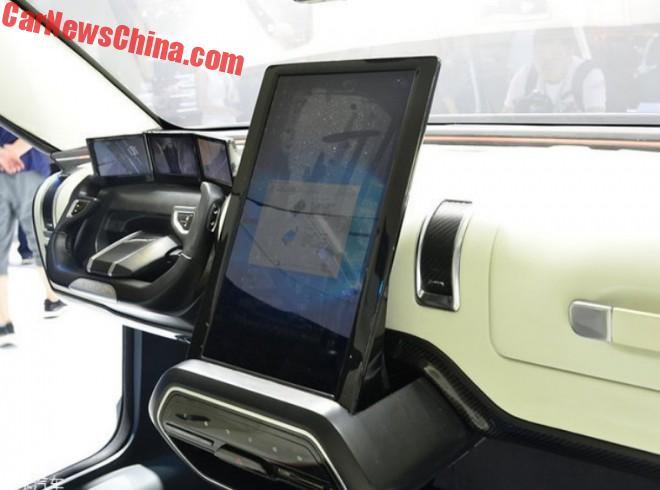 We don’t mind a big screen, but this is getting ridiculous. And to top things off Yudo says the X-Pi is also equipped with a holographic display, but they didn’t show it. Holographic displays are going to be the new thing, a lot of automakers are working on this technology. 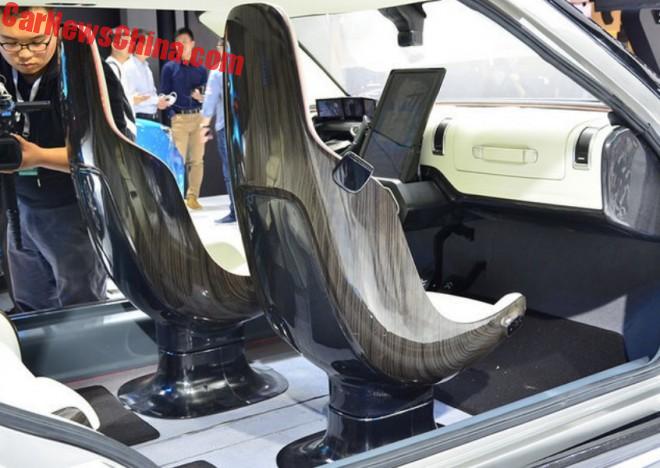 The seats are based on carbon fiber frames and can be rotated 180 degrees in autonomous mode or when the vehicle is parked. 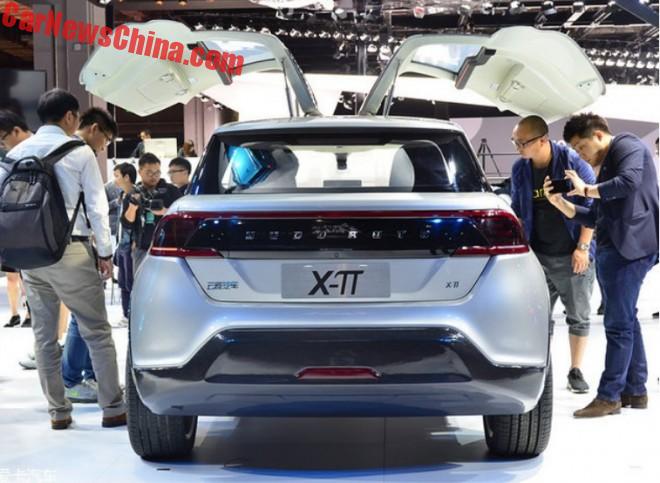 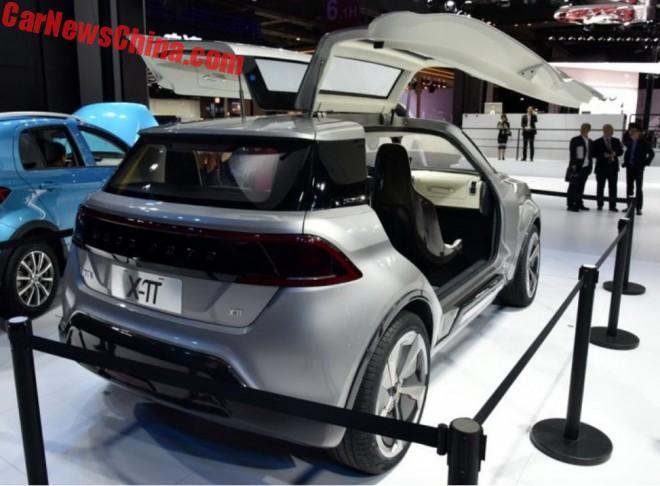 Yudo Auto didn’t say anything about the motor but we assume it needs more power than the 53hp that the Pi 3 will get. Light blue car on the left is the Pi 1.

Ambitious plans, a safe government base, and a fine looking set of cars. So far so good, but much depends on whether they will be able to roll out their dealer network as fast as they are planning.