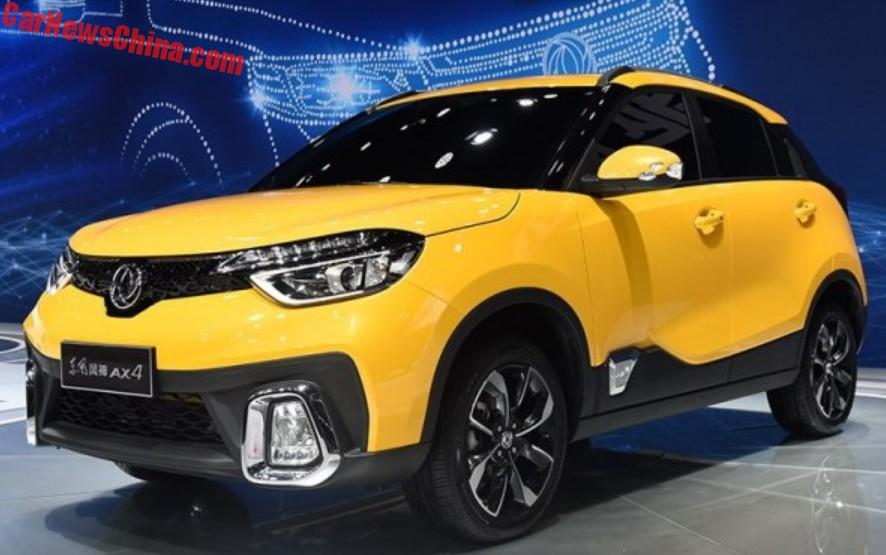 The Fengshen AX4 crossover hatchback has been unveiled on the Shanghai Auto Show in China, showing off its enormous fog lights fitted in an enormous shiny frame making the light look even more enormous. Daring design all the way around on this AX4, check the top line of the black area on the doors: 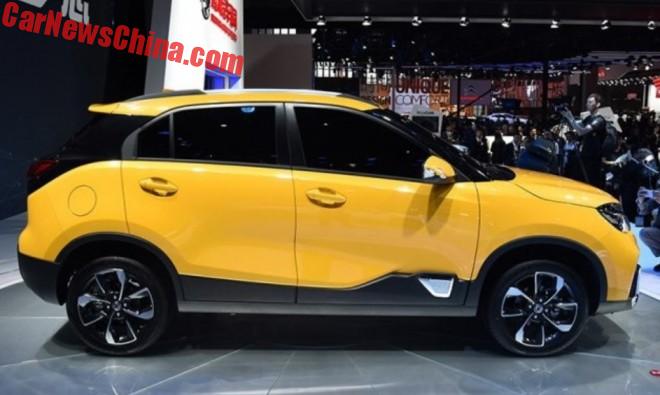 Flat from the front wheel to the silver thing, than up, flat, down, up, steep down, slowly up to the rear wheel arch. The belt line angles up too, morphing into the black CD-pillar, which it topped by the yellow roof. The AX4 stands out, much more so than the Dongfeng Fengdu MX3.

The AX4 and the MX3 are made by different subsidiaries of Dongfeng Motor, they are similar in size, price, and share exactly the same engines: a 1.6 with 124 horses and a 1.4 turbo with 140 horses.

The Fengshen AX4 stands on a new ‘modular platform’ called DF1. It was developed with PSA, of which Dongfeng Motor is one of the largest shareholders. Companies also have the Dongfeng-PSA joint venture which makes Citroen and Peugeot branded cars for the Chinese market. 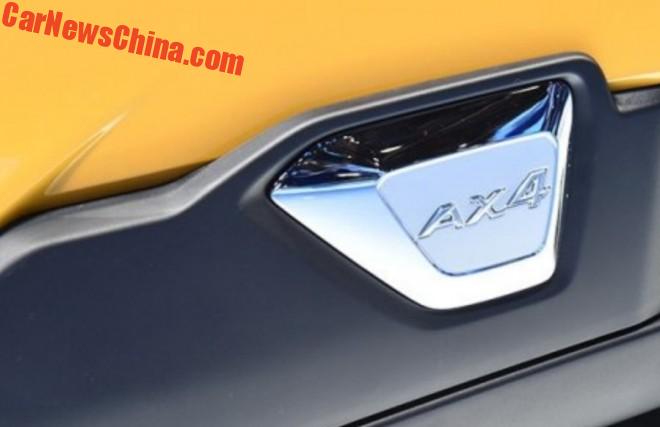 The silver thing on the sides is really a silver ‘thing’. A fuzzy decoration with the AX4 name on it. It has no function but being strangely ugly. 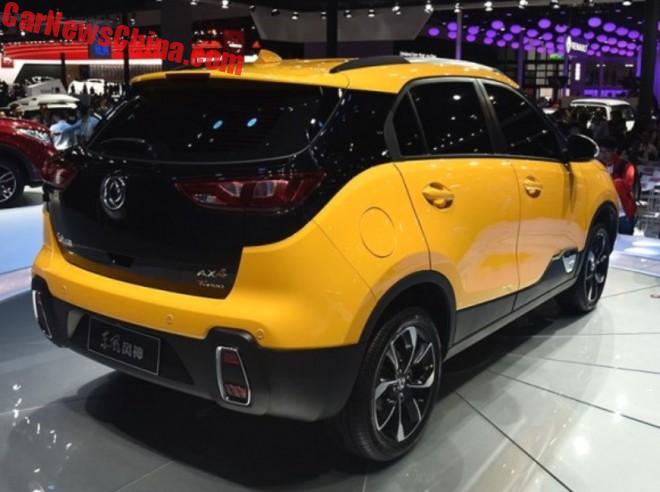 Belt line visually continues downwards over the fender and then inwards to the rear. Daring again. Happily, there will be a one-tone paint job available for those who don’t dare so much. 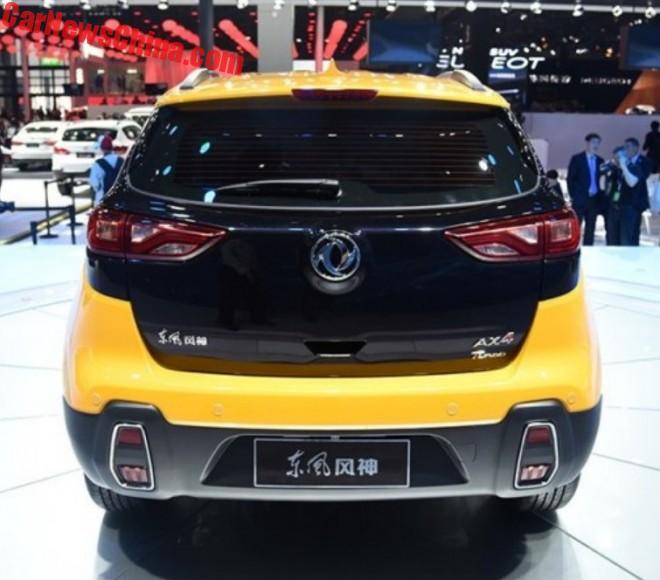 The rear end has its own frames for the foggies, but they don’t attract as much attentions as their brothers up front. The eye here goes to the stylish lights, and the enormous Dongfeng logo between the lights. 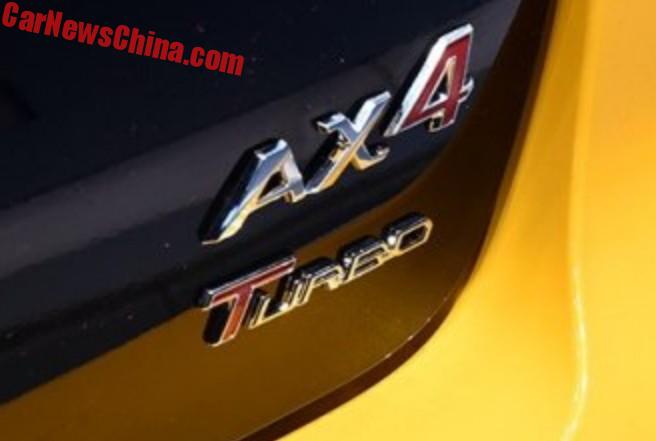 AX4 with a red 4 and Turbo with a red T. We fully support the use of red on badges on cars with turbocharged engines. 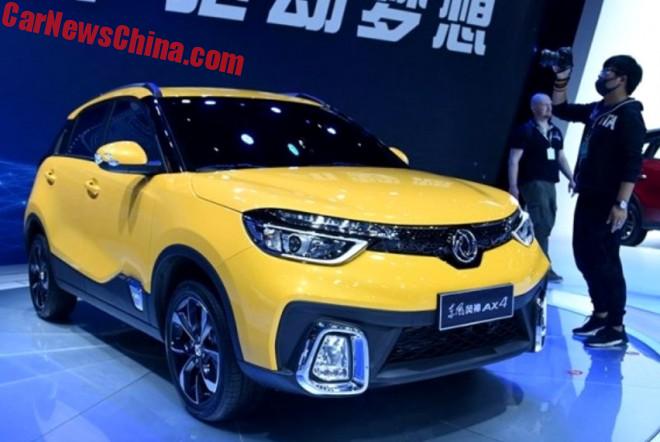 It almost looks as if the fog lights are going to fall off. Or as if you can take them off and bring them home to light the entire house.