The JMC Teshun Is A Ford Tansit Turned Storm Trooper 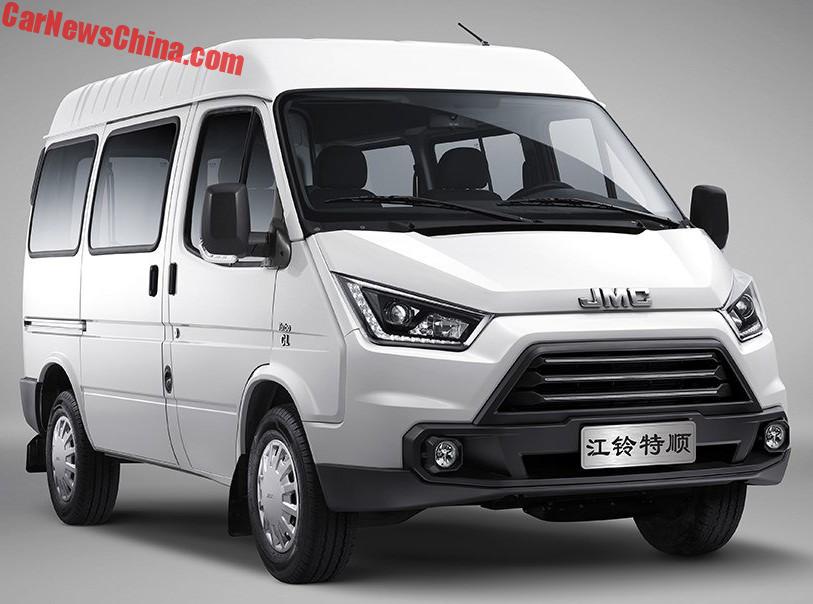 This little pretty is the new JMC Teshun, a van with a Storm Trooper face, looking very dangerous with those mean eyes and a black mouth. It is not some kind of fuzzy wuzzy concept. It is real and has just been launched on the Chinese car market. Price starts at 99.800 yuan and ends at 139.200 yuan. 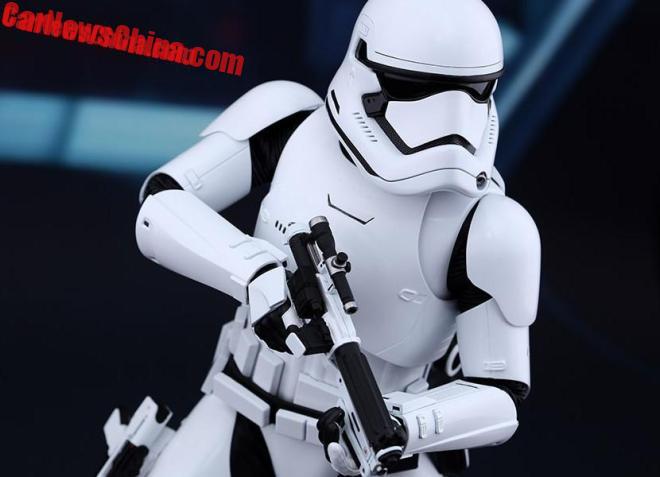 All it needs is a gun. 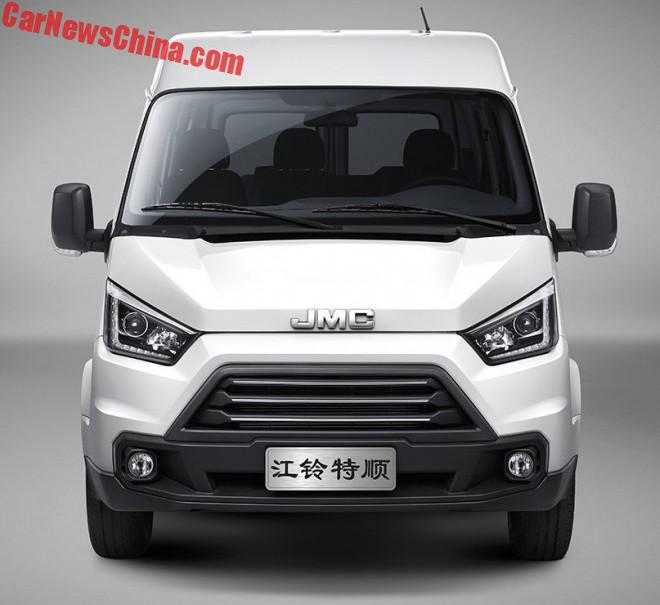 JMC stands for the Jianling Motor Corporation. They make a range of commercial vehicles, rough ‘n ready SUVs, and trucks. They are also the main shareholder of the infamous Landwind brand and they have the Jiangling-Ford joint venture with Ford Motor. 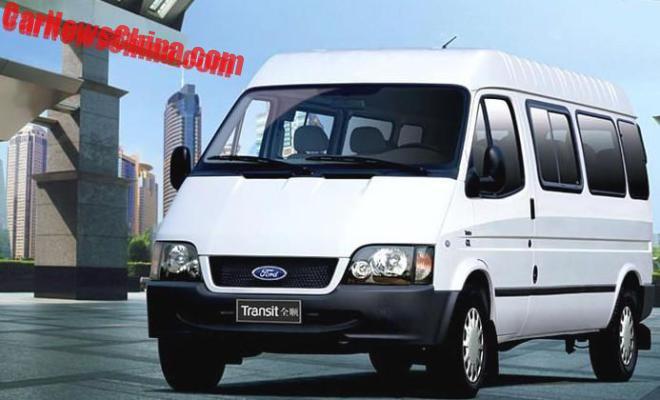 The JMC Teshun is based on the ancient fifth-generation Ford Transit that was in production in China until late last year, manufactured by Jiangling-Ford.

JMC then added the Strom Trooper nose and basically continued production under its own name. This kind of business dealings are perfectly normal in China where older platforms are very often sold or given to the Chinese partner in a joint venture.

The engines are interesting, they are carried over from the Transit but none of them is a Ford. The petrol engine is none other than the Shenyang-Mitsubishi 4G69S4N Sirius 2.4 liter four-cylinder, good for 136hp and 200nm. The diesel engine is a JMC JX493 2.8 liter turbocharged four, with an output of 116hp and 285nm. Both engines are mated to a five-speed manual. 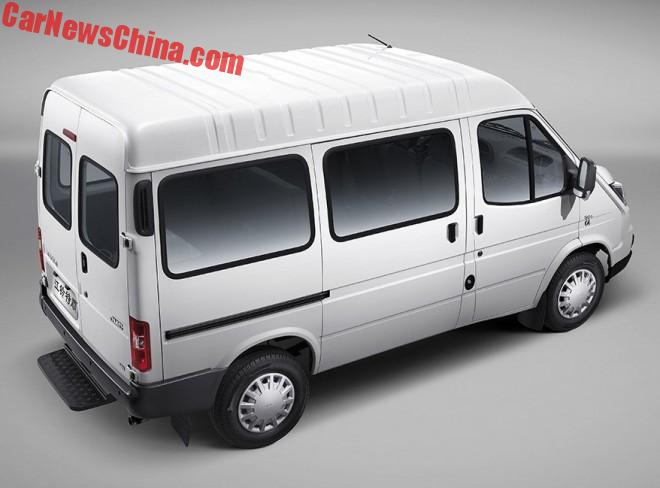 No crazy design at the rear. JMC fitted new lights and left it at that. Even the wheel covers are still the original Transit units. 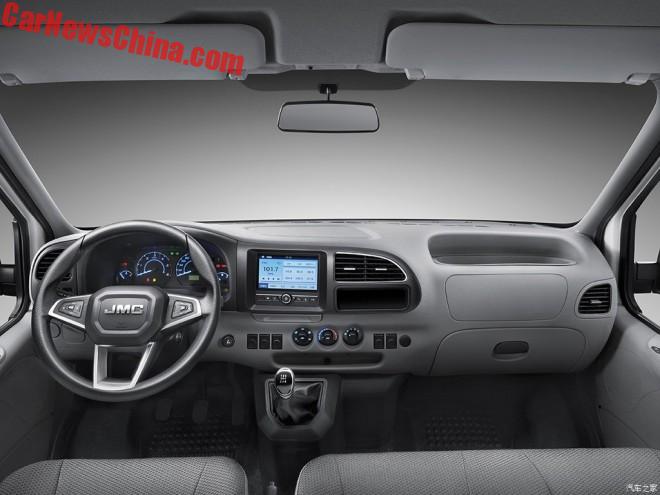 They did however update the interior. There is a new dashboard with a new steering wheel and a fancy screen for the infotainment system. Bench on the right seats two. 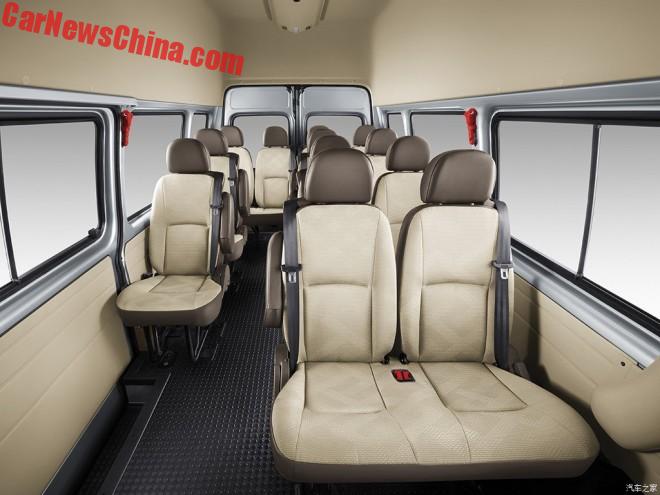 The Teshun comes in dozens of variations; passenger, transport, low roof, high roof, long, short, etc etc. On pic the longest passenger variant with a length of 5.5 meters and with a total of 15 seats, including the front row. 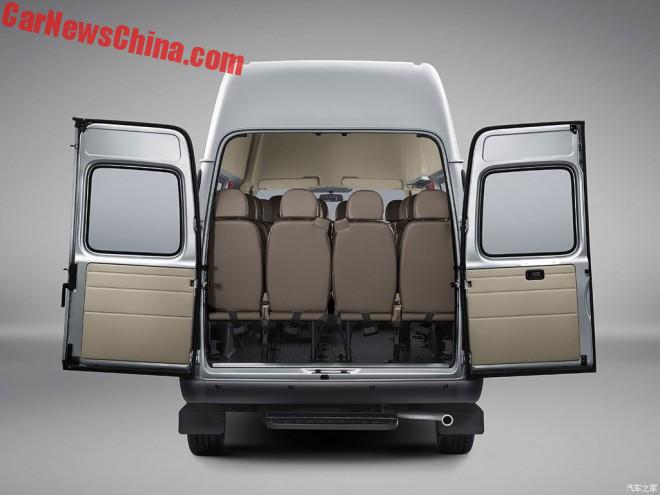 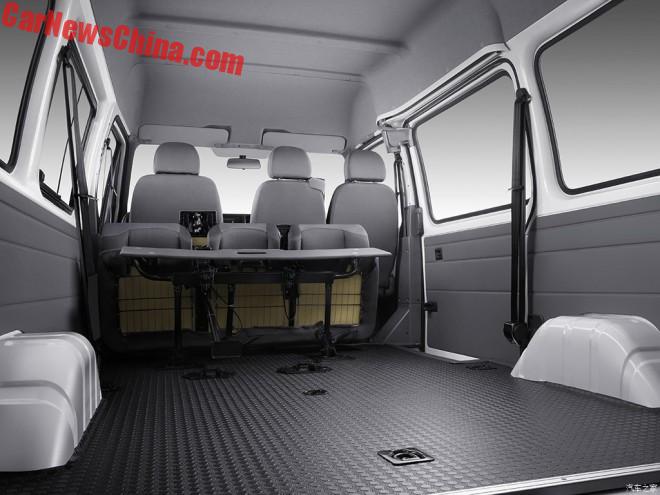 Another variant. It has two separate seats up front instead of a bench, and a three-seat second row that was folded up for the photo. 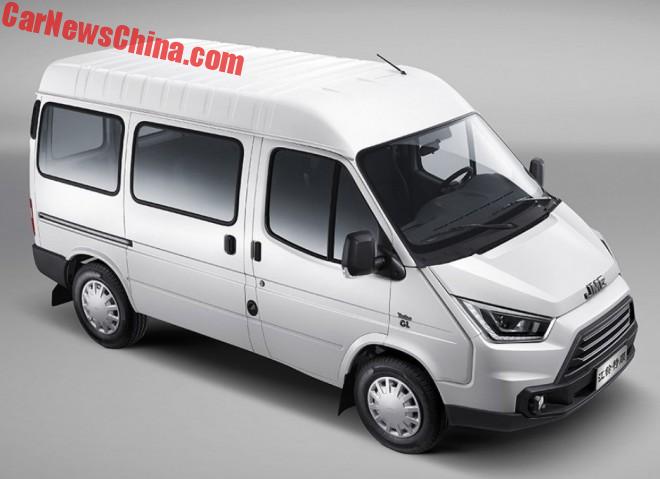 The antenna should be bigger; star ship big. 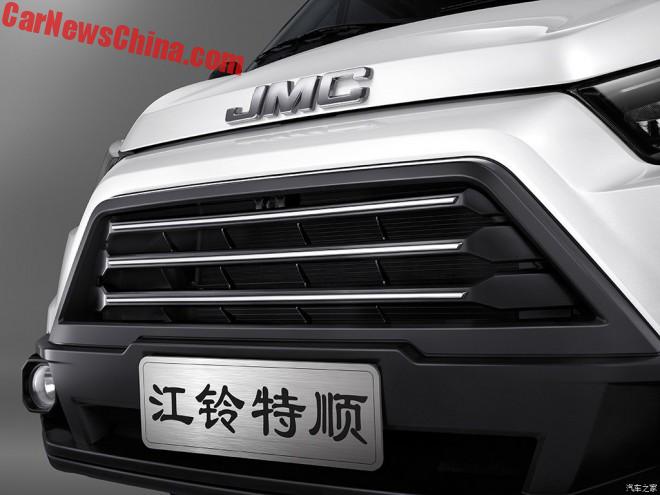 For conquering the galaxy. And JMC is set to ship out even more Storm Troopers.