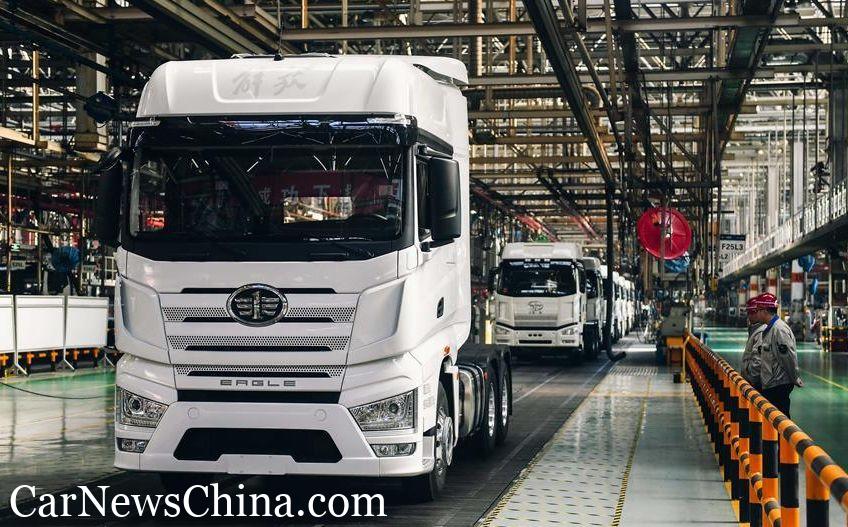 FAW Jiefang is the largest heavy truck manufacturer in China. They also made MPVs and light trucks. It is also wholly owned by FAW Group – one of China’s Big four. On September 29, FAW Jiefang established a New energy business unit at a meeting held in Changchun.

According to Chinese media reports, from January to August this year, FAW Jiefang sold 370,000 vehicles, a year-on-year increase of 2.9%, and continued to maintain strong development momentum in the face of the short supply of resources and the downturn in the market.

From an investment perspective, from 2021 to 2025, FAW Jiefang will invest more than 20 billion yuan ($3.1 billion) to build a global new energy innovation base, and more than 10 billion yuan($1.55 billion) to create a “zero-carbon factory” as the standard and featuring hydrogen energy industrial clusters. The entire base for fuel cell vehicles and systems.