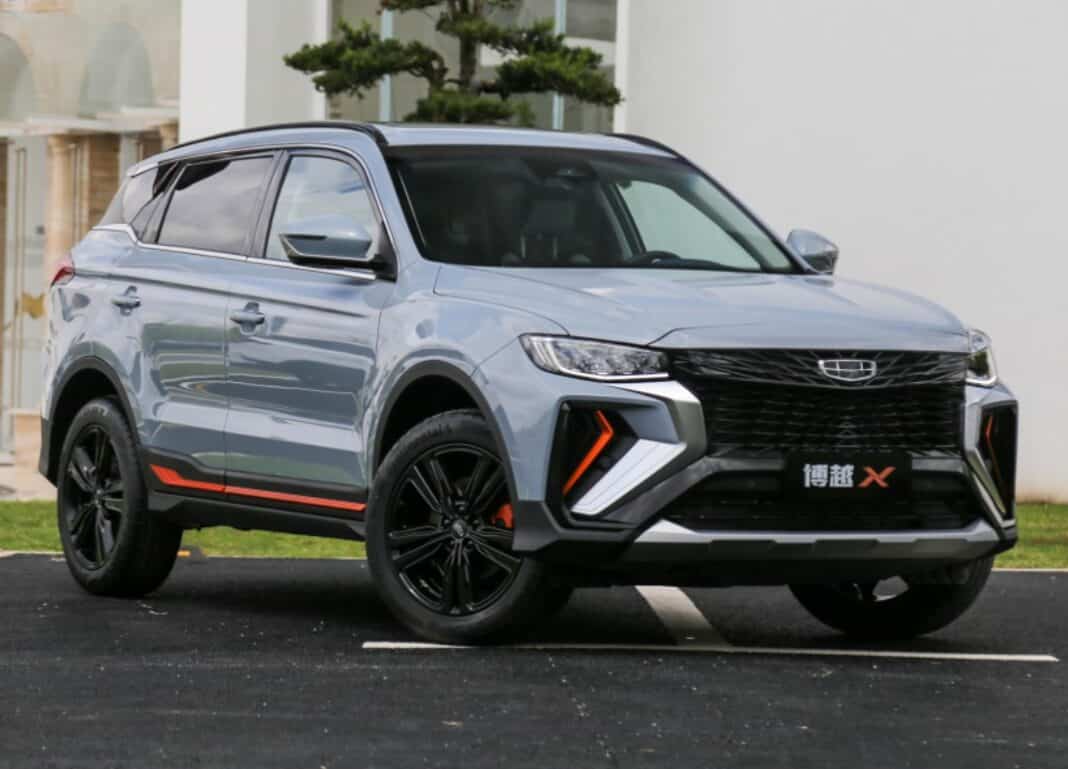 The new Geely Boyue X has been launched on the Chinese car market. The Geely Boyue X is a new sporty variant of the Geely Boyue compact crossover SUV which has been around since 2016. The X adopts a new design language is called “Vision Starburst”.

The interior features a 12.3 inch digital instrument panel and a 12.3 inch central touch screen. However, the screen doesn’t do that much as many functions of the vehicle are controlled by by old fashioned buttons. This is where you see the age of the Boyue; it is simply getting old, no matter how many wuzzy names and red detailing you add to it.

The infotainment system runs on Geely’s Galaxy OS operating system. The Boyue X is equipped with a BOSE audio system with 12 speakers, which is very neat for the segment.

The motor is only partially covered. Most Chinese car makers cover the engine completely. Output is 184hp and 300 Nm, gearbox is a 7-speed DCT, sending horses to the front wheels. Top speed is 200 km/h and fuel consumption is 7.7 liters per 100 kilometer.

The Geely Boyue X is a sporty addition to an aging range. It’ll probably be around for a couple of years until the all-new Boyue arrives around 2024.