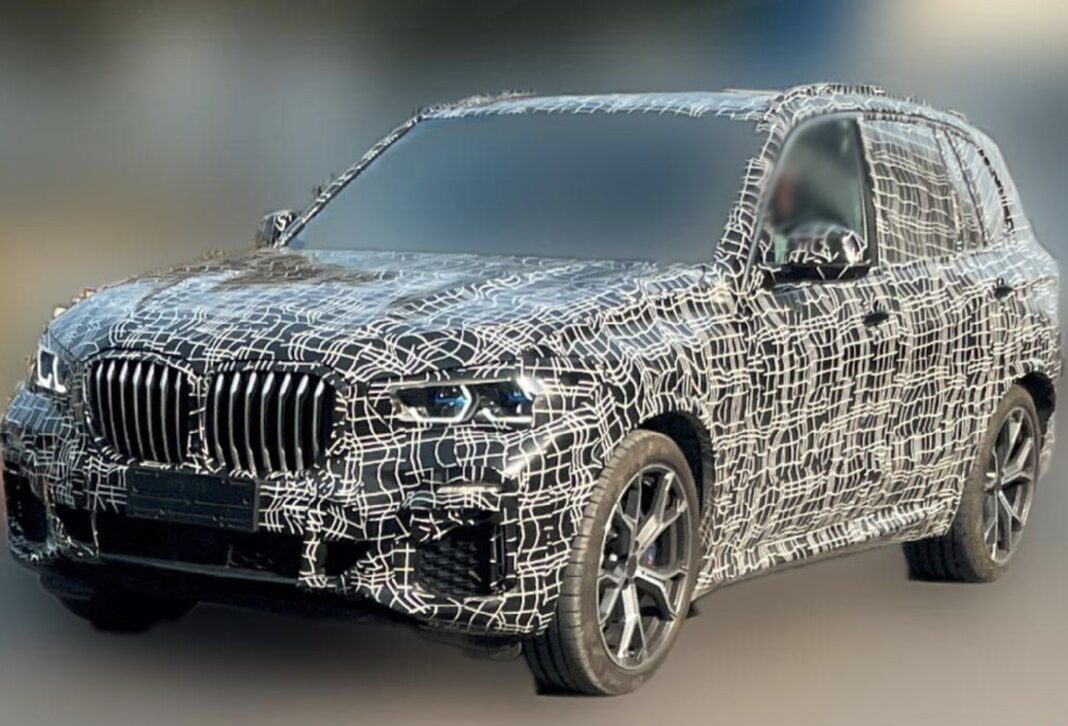 Spy shots showing the upcoming long-wheelbase BMW X5 for China. The BMW X5L will launch on the Chinese auto market in mid 2022. It will be unveiled on the Beijing Auto Show in April next year. BMW plans to build 120.000 units a year.

The spy shots show BMW is already quite far with the development of the new long-wheelbase SUV. The extra length is clearly visible in the area between the B and the C pillar. The wheelbase is extended by an estimated 7 to 12 centimeters.

The BMW X5L will be made in China by the long-running Brilliance-BMW joint venture. It is based on the current (G05) BMW X5, which has been around since 2018. The internal code name of the BMW X5L is G18.

Two examples of the long Bimmer were seen in a government emissions test facility, with one test car fitted with extra large test pipes. Too bad those won’t be optional!

The interior appears to be similar to the standard-wheelbase version. Sadly, we don’t have any images yet of the rear compartment.