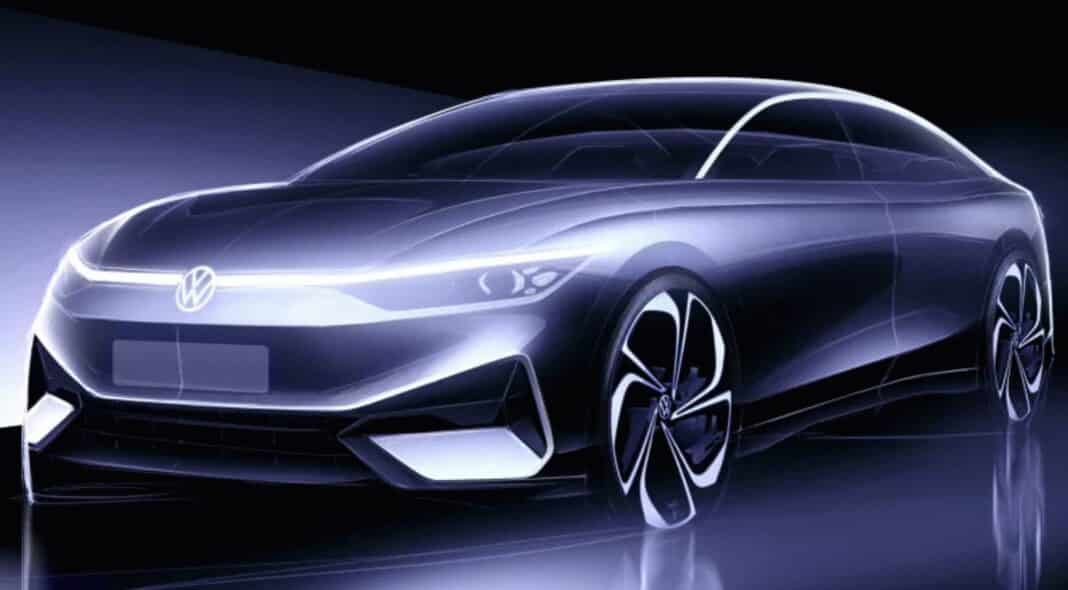 On March 15, Volkswagen announced at its annual press conference that the next member of the ID. family, the ID.Aero concept car, will unveiled on the Beijing Auto Show in April. The concept car will be a pure electric sedan based on the Volkswagen MEB platform. Delivery in China is expected to begin in the second half of 2023.

The name of this new Volkswagen pure electric sedan has not yet been confirmed. It was initially thought to be ID.6, but now Volkswagen has launched a large electric SUV in China with this name, so it is temporarily called Aero B. Since Volkswagen has already registered several IDs, this new car might be called ID.7, 8, or 9.

Volkswagen has two joint ventures in China, SAIC-VW and FAW-VW. It isn’t sure yet which joint venture will make the Aero B. It is possible each will make its own version, like with the ID.4 and ID.6.

The Aero B is equipped with Volkswagen ID. family’s largest battery with a capacity of 84kWh and cruising range of about 700km. The production version will be available in both single-motor rear-wheel drive and dual-motor four-wheel drive. It might also be available in the GTX high-performance version depending on market demand. Back in 2020, Volkswagen’s Head of Research and Development, Frank Welsch, revealed that the GTX high-performance version can reach 0-100 km/h in about 5.6 seconds.

Volkswagen has also launched a new sales method targeting young consumers, including opening 120 urban showrooms in Chinese shopping malls, laying the foundation for Volkswagen to achieve its goal of more than doubling sales in the Chinese market.