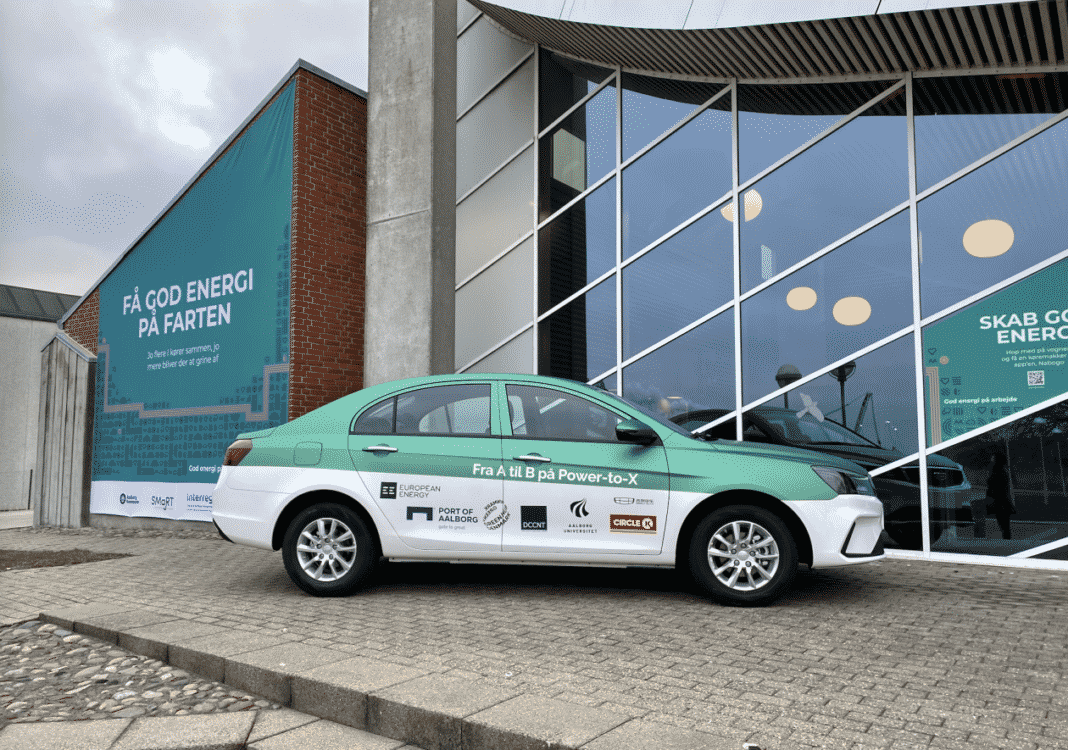 On the same day, Danish Transport Minister Trine Bramsen took Geely’s methanol sedans and the truck for a test ride.

“This is not about one single country; it is about the future of the whole world,” Bramsen said. She also stated that green methanol vehicles would have a massive impact on the Danish climate and environment and even change the whole world.

Denmark has always advocated global sustainability and is committed to reducing its carbon emissions by 70% by 2030. Although the country is rich in wind and solar renewable energy, it comes with the problem of being weather-dependent.

Danish shipping giant Maersk has pioneered green methanol for commercial shipping. Denmark already has established a robust infrastructure for producing, storing, and transporting methanol fuel. Therefore, Denmark is the best choice for the EU to test and demonstrate methanol vehicles.

The two sedans and the heavy truck run on e-methanol produced by Power to X (PtX), in order to create a sustainable, carbon-neutral, and renewable fuel solution.

Methanol is also a high-quality fuel. It burns more efficiently and is more environmentally friendly than conventional gas and diesel. According to data from the pilot operation of methanol vehicles in China, methanol vehicles are about 21% more energy-efficient and emit about 26% less carbon dioxide than petrol vehicles.

Biomass methanol, made from straw and municipal waste, are all green renewable methanol. As a result, methanol has become an essential option for many countries to achieve carbon neutrality in the transport sector.

Besides, among the many new and clean energy sources in the transport sector (electricity, hydrogen, natural gas, ammonia, etc.), methanol is the only one that is liquid at room temperature and pressure, with excellent fuel properties safe and easy to use.

Geely has been involved in the development of methanol-fuelled vehicles since 2005, and in 2013 it launched around 3,000 methanol vehicles on the market. In July 2015, Geely also invested in Icelandic company Carbon Cycle International. In 2016, Geely Holdings invested in Carbon Recovery International (CRI), introducing technology that further reduces the cost of green e-methanol and accelerates the goal of achieving carbon neutrality. In the past 17 years, Geely sold about 27,000 methanol cars, mainly commercial. And it has become the world’s largest developer and producer of methanol vehicles.

It is worth mentioning that Geely has now developed five methanol powertrains and 14 methanol vehicles and has obtained more than 200 technology patents.

China has put methanol vehicles in some cities in Shaanxi, Shanxi, Guizhou, and Gansu. The city of Xi’an has even established long-term cooperation with Geely, with more than 6,000 Geely methanol taxis running in the streets. The city with the highest number of methanol stations is Xi’an, Shaanxi province. There are over 45 stations, and each of them can fuel 500 methanol cars a day.

According to officials, Geely Emgrand will launch the new methanol version in the second quarter of this year, with an “alcohol consumption” of around 9L per 100km, a 40% reduction compared to its predecessor. In addition, Geely’s Farizon Auto has also launched the world’s first methanol heavy truck.