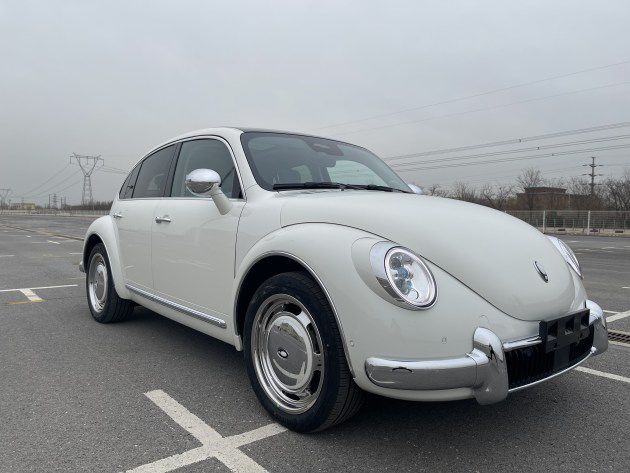 Eighty-four years since the original VW Beetle made its global debut the icon is ready to roll once more…kind of. Much has been said of the Ora Punk Cat and its likeness to the legendary rear-engined People’s Car but, however you feel about the flagrant imitation, it’s great to see timeless design return to the streets.

As the Punk Cat nears production, internet forums are starting to unveil new details about the road-ready version’s design features and it’s fair to say it looks special, particularly inside.

Of course the Punk Cat, much like Garfield, has grown over the years compared to its ancestor. At 4749mm long, it’s a full 70cm longer than the original Beetle, and over 20cm wider at 1725mm, whilst the wheelbase is 50cm longer. It’s the bigger brother of the Ballet Cat, itself a Beetle-clone with slightly more unique features.

The extra size does come with its advantages and has enabled an interior that looks both spacious and practical. At the same time, two-tone vintage-coloured leather and liberal use of chrome give the Punk Car an elegant and retro vibe.

Star of the show is undoubtedly the dash with twin large screens in the centre and on the passenger side. The driver gets a digital binnacle of sorts, and a quintet of circular air vents also feature along with a large centre console with top and bottom storage compartments.

The somewhat grainy images also suggest that doors will be electric release akin to a Tesla, and a driver-facing camera appears to be mounted on the A-pillar. As in many Chinese cars, the passenger seat can be adjusted by rear occupants to make extra space.

Outside the Punk Cat looks every bit the modernised equivalent of the Beetle albeit with one distinct difference – four passenger doors. Three-door cars are not popular in the Chinese market and in any case, the car is large enough to accommodate the extra pair.

Up front, the oval headlights, flared fenders, chrome bumpers, and domed bonnet of the original Beetle remain, albeit minus the bonnet mouldings. Parking sensors are included however, as is a mysterious cavity just below the number plate mount.

Close up images revealed by the Ministry of Industry and Information Technology indicate an air intake that will bring air through the front compartment and exit via vents below the windscreen. This is because, unlike its electric sister, the Punk Cat will be offered in plug-in hybrid form with some air-cooling just like its ancestor, but at the front instead of the back.

Ora’s sister brand, Wey, has also indicated it expects to create another retro-themed car based on the Punk Cat platform called the Yuanming, which will be a PHEV with two powertrains, both 1.5-litre engines, one turbocharged, punching out 156 and 188hp respectively. You can expect these to be used in the Punk Cat too.

The declaration states the motors will be capable of 220kW maximum output, but no details yet exist of range expectations or battery capacity.

Other details revealed in the Ministry document show twin charging ports under the left A-pillar and on the rear wheelarch. In addition, a choice of standard or panoramic sunroof will be offered, as well as a mechanical spoiler that opens under the rear window, body coloured or chrome mirrors, and three choices of alloy wheel including a mock steel wheel with hubcap that directly mimics that of the original Beetle.

Although not entirely clear from the images, it appears as though the Punk Cat will be a 5-door hatchback with a large panel running the full height of the rear painted in black.

Rear parking sensors are integrated into the chrome bumper at the rear, and the taillights adopt a slim oval shape.

It’s not even on the streets yet but the Punk Cat has already got the motoring world talking. Ora can only hope that it lives up to the hype.