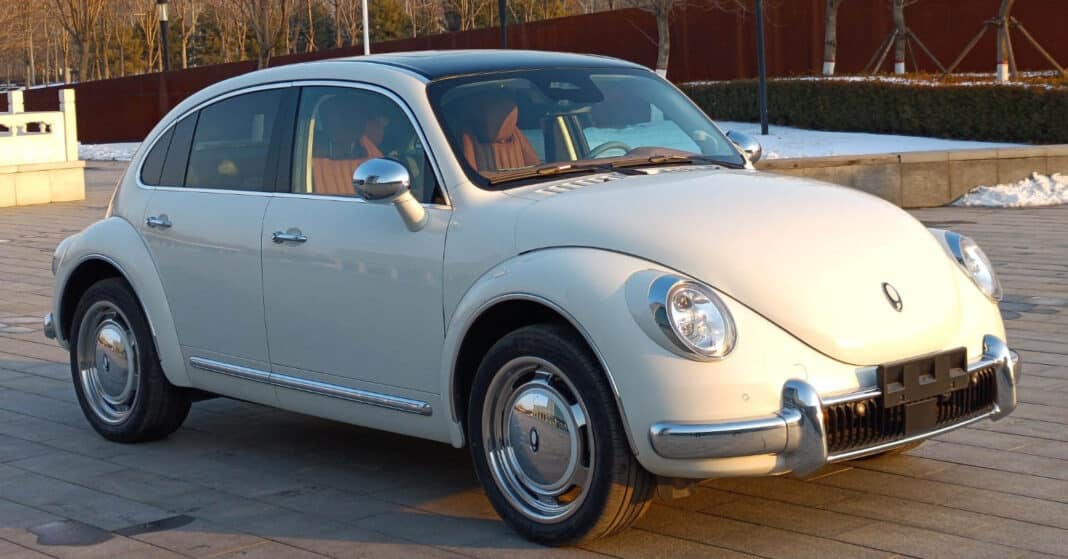 The ORA Punk Cat is another Volkswagen Beetle “inspirated” vehicle from Great Wall Motors. It was first introduced at Auto Shanghai 2021. It instantly attracted the attention of many people. Some folks said Volkswagen wouldn’t allow this car to exist. But later, ORA presented one more retro car with an appearance similar to a Volkswagen Beetle. This car is called ORA Ballet Cat and its production has already launched. And now the ORA Punk Cat is ready to crack in, too – MIIT just approved its production.

The design of the ORA Punk Cat looks very similar to a Volkswagen Beetle. This model has a slope bonnet shape, wide wheel arches, and rounded headlights. It has got a lot of chrome elements all around the car body.

The ORA Punk Cat has an electric motor with a peak power of 220 kW (299 hp). It has an LFP battery from CATL on board.