Peugeot 408 Sedan Lives On A Little Longer In China 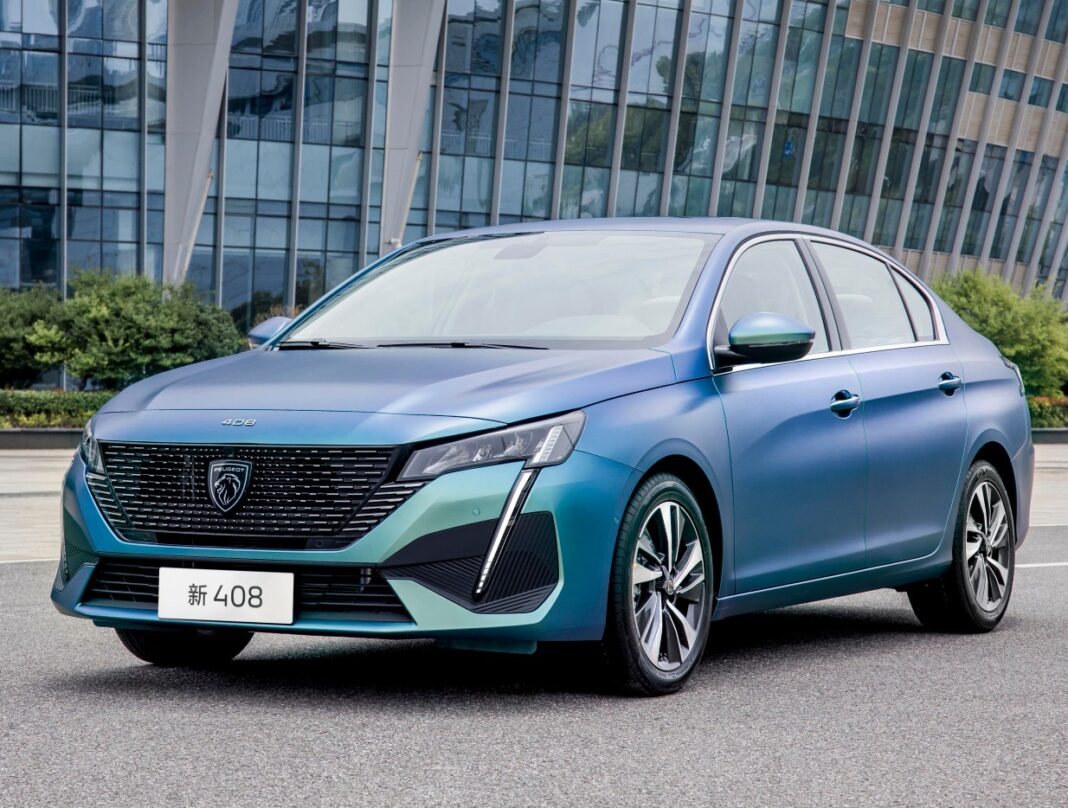 This is the new Peugeot 408 sedan for China, made locally at the Dongfeng-PSA joint venture. It should not be confused with the upcoming Peugeot 408 for Europe, which will get a cool crossover shape. The new China-spec Peugeot sedan is not totally ‘new’, but calling it just a ‘facelift’ understates the changes made.

The new 408 looks a whole lot more modern that the outgoing car. Design brings it in line with other new Peugeots, with a stylish front with a big grille featuring the new Peugeot logo.

The door handles, mirrors, and alloy wheels are new too. Size remained the same: 4750/1820/1488, with a 2730 wheelbase. Peugeot used a very special paint on the press car, a mix of blue and green, depending on the light, it almost looks like a wrap.

At the rear, the lights make for most of the excitement. The light design is called ‘Lion’s Claw LED’.

The interior got a total makeover too (compare to outgoing), featuring the Peugeot i-Cockpit design and Blue-i 3.0 connectivity. The i-Cockpit comes with a large digital instrument panel that is located above the steering wheel. The main screen is a tad small with a 10-inch diameter. Looks nice enough, but it shows the 408 isn’t exactly a modern car. Most competing Chinese car makers go for a small instrument panel, augmented by an HUD, and a large central touch screen.

The new Peugeot 408 will launch on the Chinese car market at the end of August. Will it turn around PSA’s declining sales in the largest car market in the world? Probably not, but for a car that dates back to 2014 it is not a bad try.

Many Chinese car makers are dabbling with the ‘metaverse’, some are opening dealers in existing virtual worlds, while other brands set up their own verses. Peugeot has joined the fray and unveiled the 408 both in a metaverse and in the real world. Their virtual metaverse spokesperson is a classy little lady called ‘Little Lion Girl Léa’ (小狮妹Léa). Well. Would you buy a car from her..?