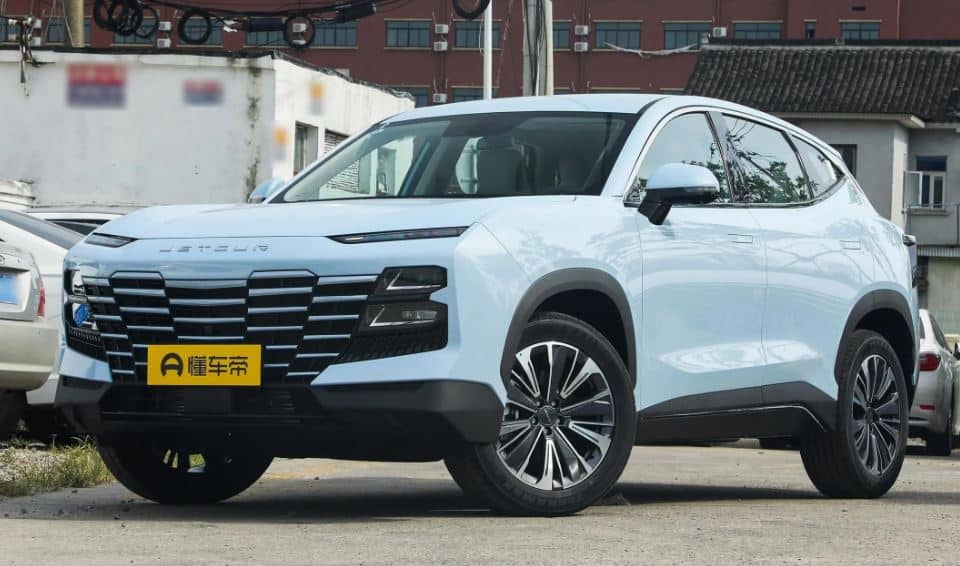 Jetour officially announced that the upcoming Jetour Dasheng will launch on September 8, a new sporty compact SUV for the Chinese car market. Pre-sale starts at a price range of 99,900 – 131,900 RMB (14,700 – 19,400 USD). The Dasheng is the first of a new line of Jetour cars, specifically aimed at a younger generation of car buyers.

Dasheng can be translated from Chinese as “Great Sage”, based on the traditional Chinese mythology “Journey to the West”. Great Sage is one of the most famous heroes in the hearts of Chinese people around the world.

The front features a split-headlight design and a frameless grille with scaly elements that protrudes into the car’s body.

From the side, the sharply cut lines, pop-out door handles, and the large 20-inch alloy wheels enhance the sportiness of the car. The size of the Jetour Dasheng is 4590/1900/1685mm with a 2720mm wheelbase.

The front seats are equipped with speakers on both sides of the headrest. Rear passengers can also charge via the rear USB charging ports.

The sunroof brings in lots of natural lights.

The Jetour Dasheng comes in both fuel and PHEV plug-in hybrid versions. The fuel version powered by a 1.5T+6MT/6DCT and 1.6T+7CDT will be launched first. The 1.6T engine has a maximum power of 197 horsepower and a peak torque of 290Nm. The PHEV version is equipped with a 1.5T engine and a 3-speed DHT gearbox, with a maximum power of 326 horsepower, peak torque of 565Nm, a pure electric cruising range of 100km, and fuel consumption of 1L/100km.