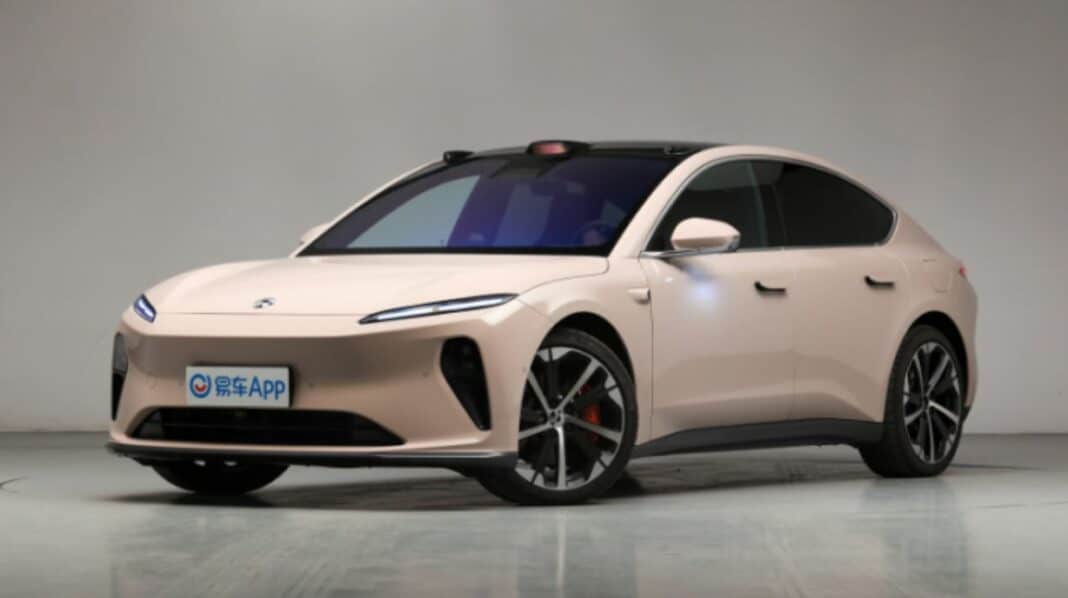 On September 30, the first batch of the mass-produced NIO ET5 has been delivered as scheduled in Chinese cities including Beijing, Shanghai, Suzhou, Hefei, and Guangzhou, according to the carmaker. In the following weeks, more ET5s are expected to arrive in other Chinese cities.

NIO said it developed the 4-piston fixed brake calipers for the ET5 in-house, which is quite rare for a mass market car maker.

Note the lidar above the windshield, flanked by two high-resolution cameras.

The interior is minimalistic with a large steering wheel, a letterbox instrument panel, a 12.8-inch touch central control screen, and NIO’s NOMI digital assistant on the dash top. NIO calls NOMI an “AI companion” and claims it can be activated by just looking at it. NIO also says the AI allows for “a free-flow conversation”. Furthermore, there is a large wireless charging pad on the left, a twin-cup holder on the right, and a cool drive selector on the left, next to the buttons.