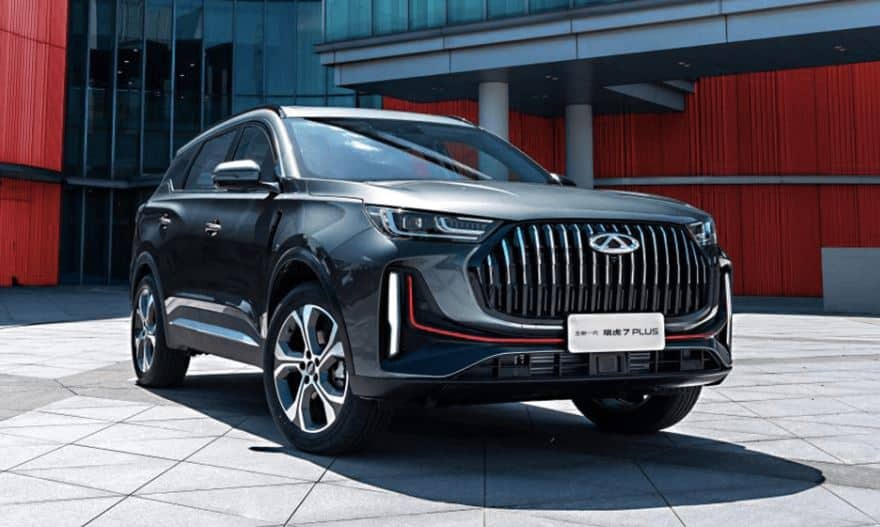 This is the new Chery Tiggo 7 Plus, a facelift of the previously released Chery Tiggo 7 Plus. It is expected to launch on the Chinese car market between late October and early November this year, according to the carmaker.

The Tiggo 7 Plus was first launched on the Chinese car market in September 2021, and underwent a facelift in June this year, equipped with a plug-in hybrid power system consisting of a 1.5T engine and a motor.

The Tiggo 7 Plus is a 5-seat compact SUV, positioned between the Chery Tiggo 7 and the Chery Tiggo 8. The size of the car is 4500/1862/1695mm with a 2670mm wheelbase. Notable design elements include the 19-inch five-spoke wheels, the blackened D-pillar to create a suspended roof effect, and the slightly flared front and rear fenders. Furthermore, the new Chery Tiggo 7 Plus will be equipped with a 1.6TGDI engine with a maximum power of 145 kW and a peak torque of 290 Nm, mated to a 7-speed dual-clutch gearbox.

The exhaust pipes on both sides of the rear further enhance the sportiness.

The magnolia red and black interior color combination along with chrome trim strip decoration on the center console, door trim, and headrest further enhance the luxuriousness of the vehicle. The interior adopts a 24-6 inch dual-screen design with the instrument panel connected to the central control screen and comes with a D-shaped multi-function steering wheel. The infotainment runs on Chery’s Lion 5.0 operating system.

In terms of safety, the car is equipped with a level 2+ driving assistance system, including adaptive cruise control, lane departure warning, and automatic emergency braking.

The car comes standard with a panoramic sunroof.