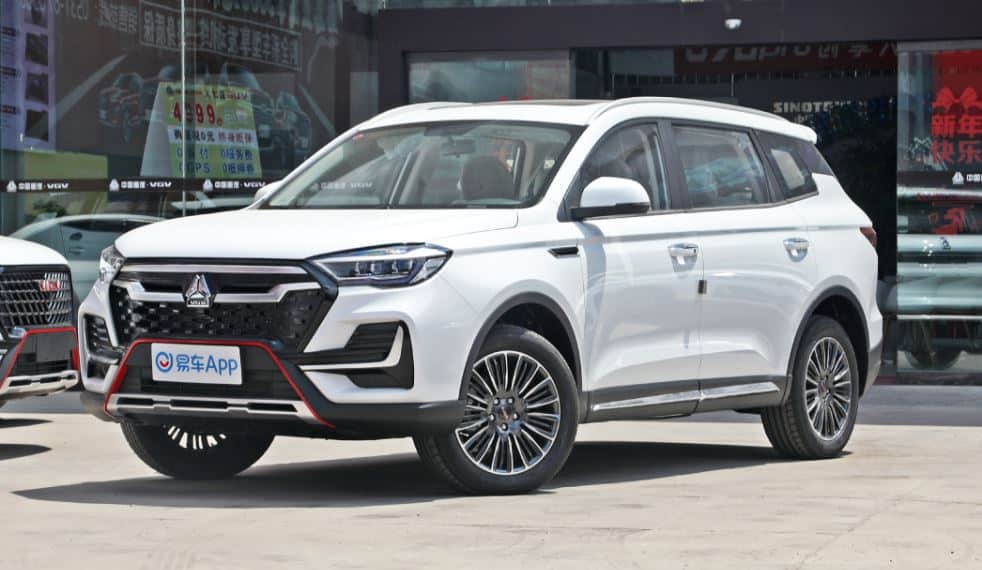 After a recent restructuring, the VGV brand is now a subsidiary of state-owned Sinotruck, one of China’s largest truck makers founded in 1930. VGV makes four cars: the VGV U70 SUV, the VGV U70 Pro SUV, the VGV U75 Plus SUV, and based on that the new VGV VX7 pickup truck.

The appearance of the new model is largely unchanged from the existing model and powered by the same engine layout.

The front features a large grille with horizontal chrome-plated banners, sharp headlights on both sides, and embellished with red lines.

The rear bumper has a silver guard plate, adding a sense of strength to the exterior of the car.

Furthermore, the VGV U70 Pro also has a three-spoke steering wheel, and a yacht-style electronic gear lever, which enhances the luxuriousness of the car.

Riders can enjoy the leather seats.

The new VGV U70 Pro is equipped with a 1.5T engine with a maximum power of 156 hp and a peak torque of 215 Nm, matched with a 6-speed manual or 6-speed automatic gearbox. The car is front-wheel drive with a top speed of 175km/h for both transmission versions.