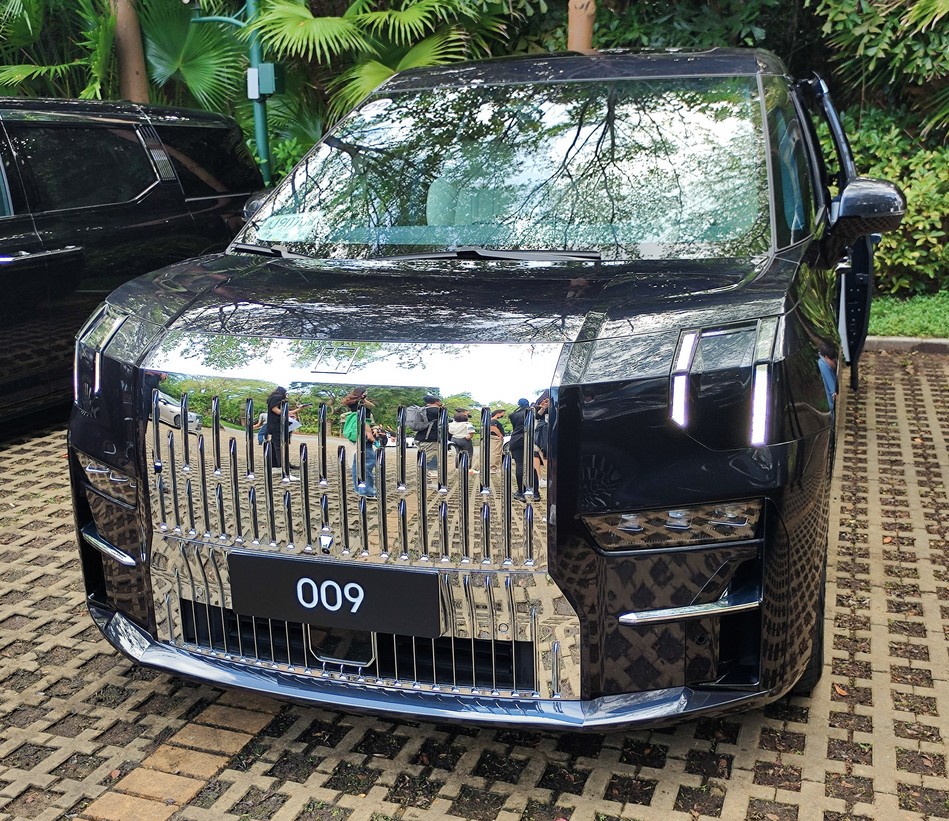 Good grilles! The Zeekr 009 has been launched on the Chinese car market. The 009 is probably the most interesting new Chinese MPV, and we saw a lot of those in recent months. The MPV appears to be more popular than ever in China. It has lots of bling and lots of power.

Zeekr is a premium EV brand under the Geely Group, founded in 2021. Their first car was the Zeekr 001 and the Zeekr 009 is their second car. With such a massive lineup Geely is now planning a separate IPO in Hong Kong for the Zeekr brand. Geely is really into IPOs at the moment. Volvo Cars was listed, then Polestar, and it has plans to list Lotus Technologies as well. It seems they need cash.

Nappa leather is standard, and the ‘Sofaro’ captain seats in the second row are 70cm wide with a cushion thickness of 12cm. The sound system is sourced from Yamaha, with 20 speakers including headrest speakers on the first and second rows. It has air suspension and a system that lowers the car for easy access, just like some buses do.

Center piece of the second row is a 15.6 inch television screen with a permanent 5G internet connection. It has a wireless screen projection function, a 1080P HD video conference function, and the kids can connect their Nintendo Switch game console. There are tray tables too, as seen on this Zeekr PR pic. So what does the intended target group like to eat when on the road?

A rather non-Chinese meal. A salad with ham and lettuce and tomatoes. And the only tool is a fork! What happened to chop sticks? The drink is something green, but it isn’t green tea. Melon juice, perhaps?

Another Zeekr image shows a typical modern Chinese family, with two kids and a dog.

Zeekr is very proud of the ‘SMART BAR’ touch screen on the sliding door. The touch sensitive screen measures 3.4 inch and controls the seats, air conditioning, door locks, and the sun shades.

One seen on the street, showing off its crazy alloy wheels. It sure is a looker.

Zeekr calls the grille design “Spring of Light”. The grille consists of 154 programmable LED dot-matrix lights. An impressive package indeed, but it is expensive and there is a lot of competition. Let’s see how it does on the market.