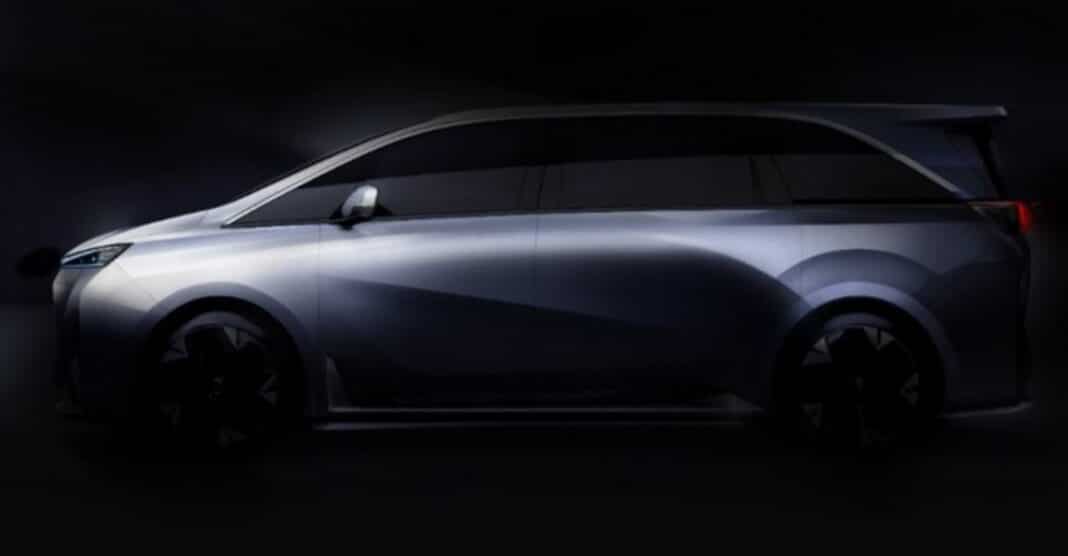 Hycan is a Chinese electric vehicle brand. It used to be a joint venture between GAC and NIO, but it’s fully owned by GAC now. Hycan’s cars are using technology from Aion, another EV brand under GAC. However, they are not just Aion with another badge. Hycan has its own distinctive design, branding, and even the platforms are not always the same.

The new Hycan MPV will be positioned as a mid-size MPV. It first appeared at the Guangzhou Auto Show in 2021 as Hycan’s Concept-M vehicle. Then in September, Hycan announced the teaser image and officially called it the “Ultimate Mobile Electric Castle”.

Although there is no real picture of the new Hycan MPV, from the Concept-M vehicle, you can imagine what the car will more or less look like. According to the previously released hand drawings, the Hycan MPV basically continues the shape and body proportions of the Concept-M vehicle. Both the front and rear adopt a sharp triangular headlight group design. The Hycan logo is displayed at the center front.

From the side, the car looks slender and runs on five-spoke wheels. The rear comes with a roof spoiler.