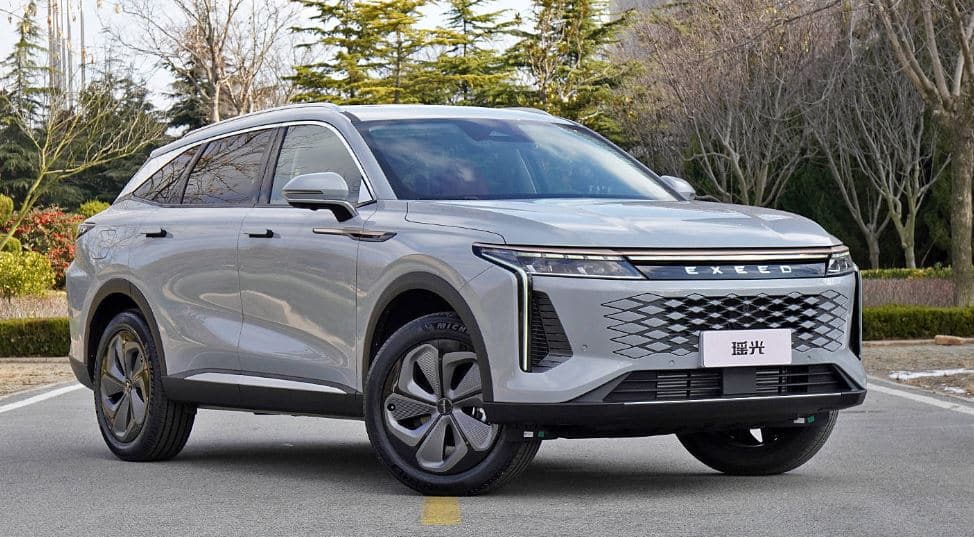 “Yaoguang” is inspired by the name of the first star in the Big Dipper asterism in ancient Chinese astrology – Alkaid (Eta Ursae Majoris). The Big Dipper is formed by the seven brightest stars in the constellation Ursa Major.

The Exeed Yaoguang could easily be mistaken as an electric vehicle with its front face adopting a frameless grille decorated with diamond shapes. The English brand logo ‘EXEED’ is displayed above the grille.

The rear features high-mount brake lights and four exhaust outlets to further enhance the sportiness of the car. The English brand logo ‘EXEED’ is displayed under the LED taillight.

A large area of the interior is covered with Nappa leather and decorated with wood veneer and chrome-plated trim. The interior is equipped with a 24.6-inch curved dual screen (12.3-inch each) powered by a Qualcomm Snapdragon 8155 chip and a double-spoke flat-bottom steering wheel.

The center console has three physical buttons and a wireless charging pad.

The sound system comes from 14 Sony speakers. Other features include facial recognition, OTA update, and a level 2.5 driving assistance system.

Exeed Yaoguang is powered by a 2.0 TGDI turbo engine with a maximum power of 192kW, peak torque of 400Nm, and is mated to a 7-speed wet dual-clutch gearbox. The car is available in two-wheel and four-wheel drives. A version mated to an 8AT will also be launched later.

There will be seven driving modes. PHEV models will also be launched in the future.