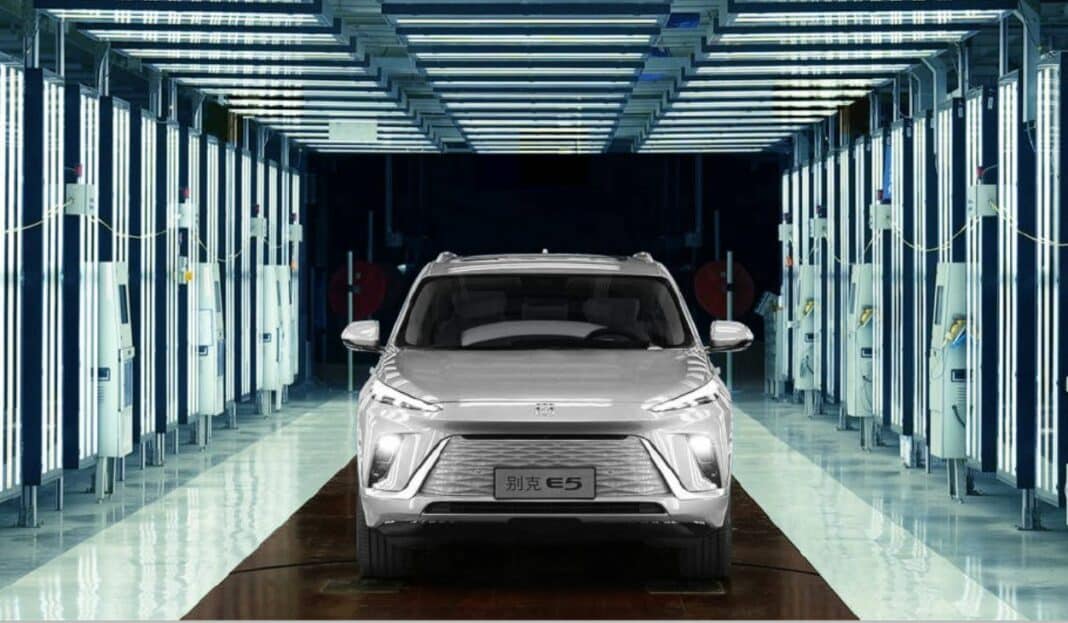 On December 28, the first batch of the Buick Electra E5 trial vehicles officially rolled off the production line at SAIC-GM’s Ultium Center Factory in Wuhan, China. This also marks the inaugural production of the Wuhan Ultium Center Factory. The Electra E5 is Buick’s first fully electric SUV based on a dedicated EV platform. It will launch on the Chinese car market in Q1 2023 and start delivery in the first half of 2023.

The Buick Electra E5 is based on GM’s Ultium electric vehicle platform. The Chinese name of the platform is 奥特能 (Àotènéng). The car will be equipped with SAIC-GM’s VCS smart cockpit and a new generation of GM’s Super Cruise driving assistance system. It has an output of 241 hp for a 180 km/h top speed. The ternary lithium-ion battery pack is sourced from CATL but the size is unknown.

The car runs on 20-inch wheels.

It comes standard with aluminum roof racks and a panorama sunroof.

The electric motor is built at the Wuhan Ultium Center Factory.

With the launch of the Wuhan Ultium Center Factory, SAIC-GM expects its production and sales of new energy vehicles to reach 1 million units by 2025. Furthermore, in the next five years, SAIC-GM plans to manufacture and launch more than 10 Ultium-platform-based vehicles in China, with the first four vehicles to launch in 2023.