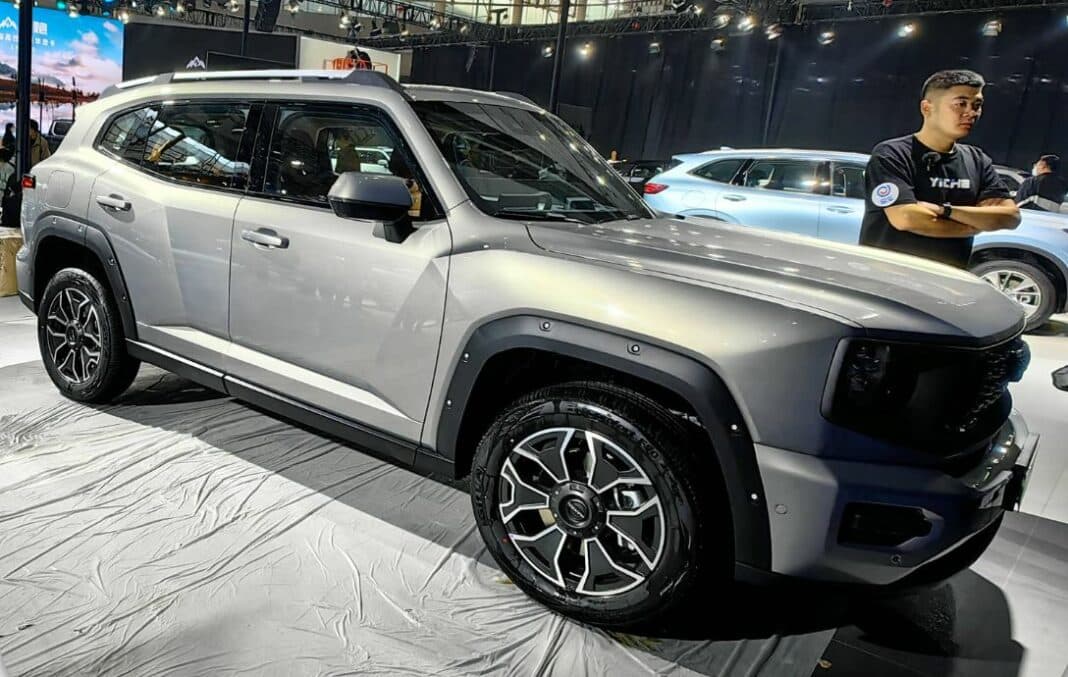 This is the Haval H-Dog PHEV, a new SUV for the Chinese car market, at the 2022 Guangzhou Auto Show that opened on December 30. The Haval H-Dog is available in both gasoline and PHEV versions. It is aimed at the younger consumers who live in urban cities with a somewhat adventurous lifestyle such as going away to hike or camp on the weekends. The car is expected to be renamed from H-Dog to “Hound Dog”, “Thunder Dog”, or “Lightning Dog” for its official launch.

Overall, the Haval H-Dog adopts a boxy design with black wheel arches and retro circular headlights. The front face has a polygonal grille and the ‘HAVAL’ logo against a blue background is displayed at the center, further emphasizing that it is a PHEV.

The rear also has retro-style circular lights and the “HAVAL” logo is displayed at the center. The DHT and PHEV logos are displayed on the bottom right.

The center console is wrapped in some type of leather-like material.

Seating is the typical 2+3 layout.

The Haval H-Dog PHEV uses a 1.5T+DHT powertrain that outputs 240 kW (326 hp) and 530 Nm and has a pure electric cruising range of 50 – 150 km. It is equipped with a Borg-Warner electronically controlled four-wheel drive system, 2 differential locks, and 9 all-terrain modes.

We’ll keep an eye out for its official launch date!