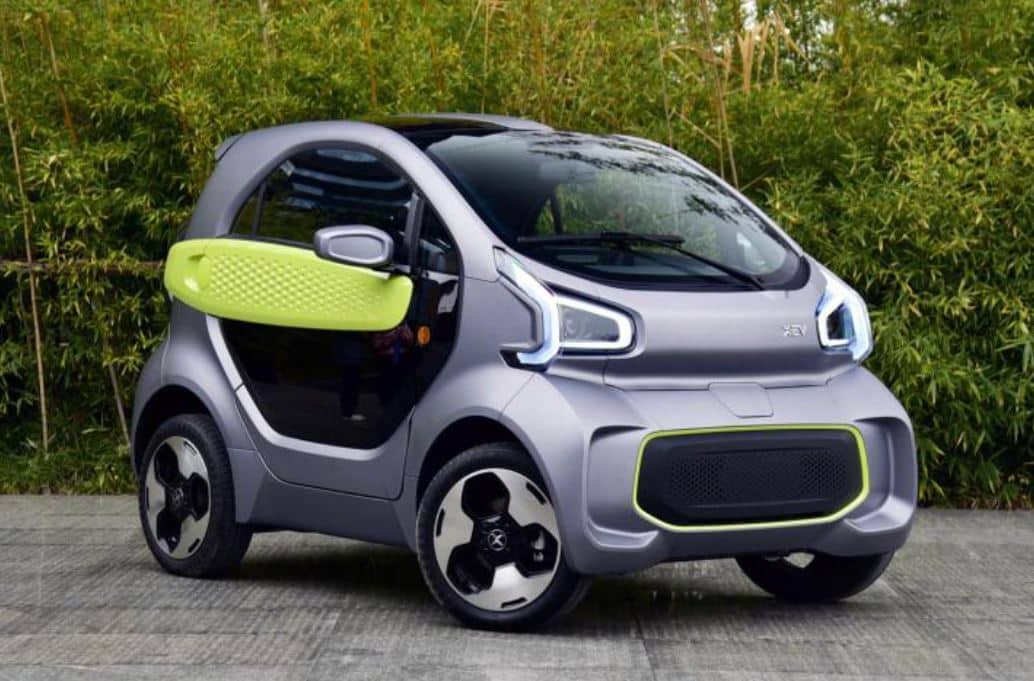 This is the XEV Yoyo, a 3D-printed electric two-seater mini car for city travel. It is smaller than the Hongguang Mini EV and supports battery swaps. The car was launched in the European market in May 2021 and is expected to officially launch in China in the first half of 2023.

XEV Youyao Technology was established in 2018. In the same year, it designed and developed its first pure electric car for city travel – the XEV Yoyo, which was unveiled at the Turin Motor Show. In 2020, XEV Youyao Technology and the Hefei state government in China established a joint venture to carry out R&D, production, and vehicle export activities. In May 2021, XEV Yoyo entered the European market with a retail price of 13,900 to 15,900 Euros. The cumulative sales volume of that year became the highest sales volume of Chinese new energy brands in Europe, according to the carmaker. So far, nearly 10,000 units have been sold and its cumulative revenue in Europe has exceeded 100 million Euros.

The XEV Yoyo described in this article is the European version designed in Italy, which is different from the version sold in China in the future. The door trims can be 3D printed with any pattern or color to meet customer needs.

The XEV YOYO runs on 15-inch aluminum alloy wheels. XEV indicated that the rim of the car can be 3D printed in the future according to customer needs.

Irregular-shaped halogen headlights on the front face. The XEV logo is displayed at the center.

The charging port is at the front of the car and only supports slow charging. The XEV Yoyo also comes with a set of 230V portable chargers, which can be adapted to conventional three-hole sockets for emergency charging.

The XEV Yoyo is compact with two doors. The fluorescent green decorative parts on the door are 3D printed parts.

The interior supports customization through 3D printing. The materials in the cockpit are mainly hard materials.

The European version is equipped with a 7-inch non-touch screen, however, it is expected to be upgraded to a touch screen in the future. On the right side of the screen is a mobile phone holder.

There are charging ports and storage space on the center console.

The door trims can be 3D printed with any pattern or color to meet customer needs.

A leather strap is used on the door trim instead of the traditional door handle. The same is true for the storage compartment of the door trim, which uses seven rubber bands to form a simple storage space.

The battery compartment is located at the rear and houses three lithium iron phosphate batteries. The batteries can be swapped, however, this function might not appear on the models for the Chinese market, according to the carmaker. The capacity of the three battery modules of the European version is about 10.3kWh, and the battery life is about 150 km under city driving conditions.