Rendering Of The MG Cyberster Electric Roadster Revealed In China 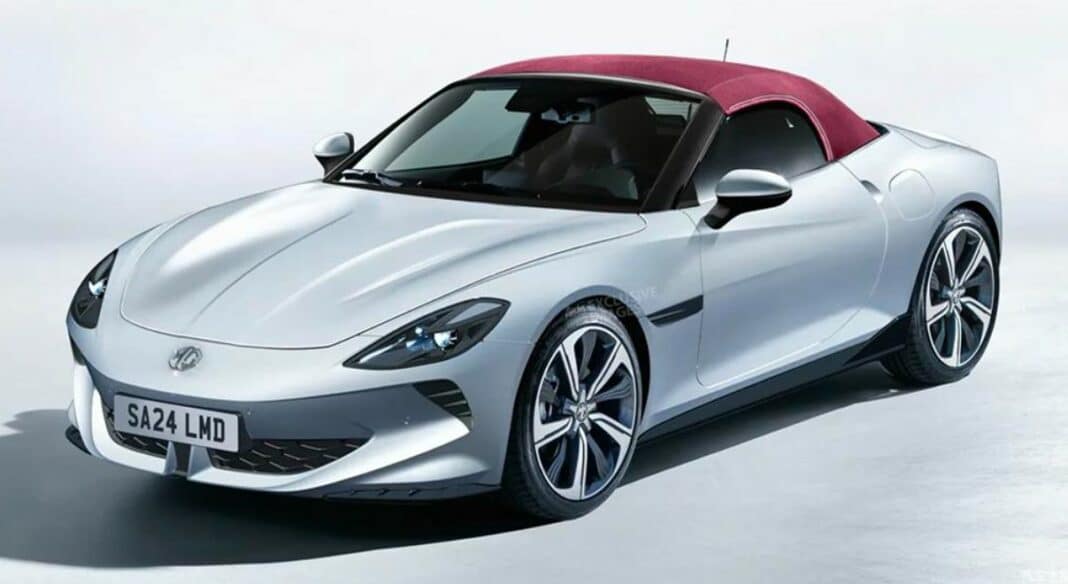 Recently, the render images of the MG Cyberster, an electric roadster with a convertible soft top, were revealed. The Cyberster will see production in 2023 and may be officially unveiled in 2024, which will serve as an attention grabber for the centennial celebration of the MG brand.

The power spec has not been made public. The concept had a high-tech four-motor setup, but the production car will likely come in single- and twin-motor configurations. SAIC, the owner of the MG brand, has plenty of electric motors in-house to choose from.

The MG Cyberster has a convertible soft top, likely to make a connection with the classic MG roadsters of the 1960’s and 1970’s. The side profile looks pretty, although the overhang at the front seems a little long. The fusion of the lower grille and the front enclosure is very sporty.

The roof will store under a panel rear deck. The rear is wide and racy with irregular arrow-shaped lights, an integrated spoiler, and a diffuser with an F1-style fog light in the middle. The sides have wide skirts with winglets in front of the rear wheel. The door handle is located just behind the door itself. It seems that the Cyberster will get conventional doors.