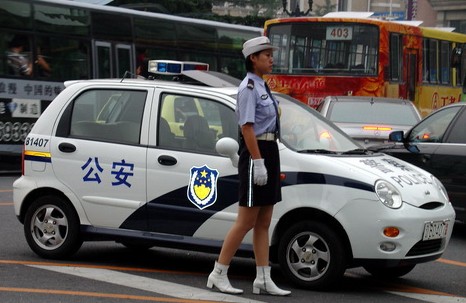 Chinese police likes to use Chery’s QQ in busy public spaces as shopping streets and parks, so it is not a very rare sight. The beautifull traffic-lady however, is. Unfortunately they are not so much around anymore since even small villages in the countryside now have traffic lights.

The lack of an electricity-network along roads was the reason for not having those but the new ones work on solar power and so don’t need any network. The sun, yes she, took men their girls of the streets. The QQ police car in the first picture has a sunroof right in front of the warning lights, nice touch. 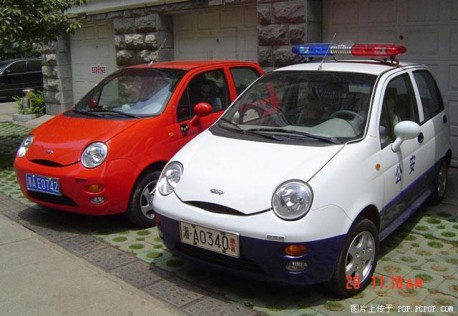 This one without sunroof parked to a civilian sister. The QQ, today called QQ3, comes with 0.8, 1.0 and 1.1 litre engines, strongest 1.1 has 50kw so a dedicated criminal can outrun it from the bank. 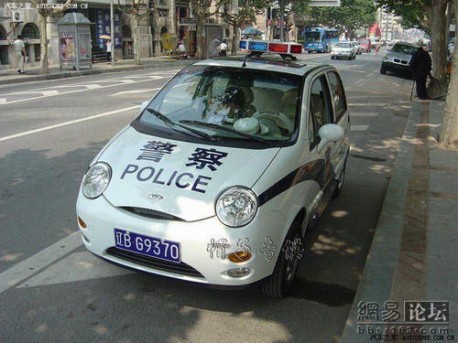 A sunroofed car again and strangely with a blue licence plate, police plates are usually white. Though not fast the QQ is certainly cheap, the 0.8 costs the copper only 21.590 rmb. That leaves a lot of money for some accesoires, like that sunroof.