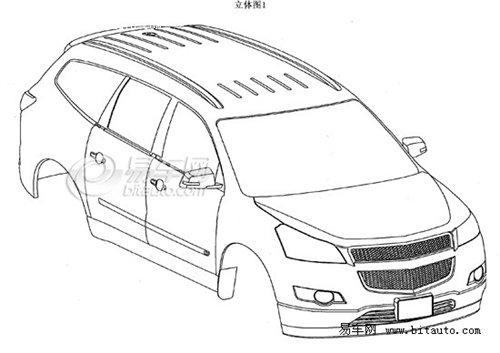 GM has applied for a patent for China on the Chevrolet Traverse. It will be on sale somewhere at the end of this year as an imported vehicle. Like many other western automakers GM decided not to built big suv’s in China. Chinese consumers prefer expensive vehicles imported because they don’t want to worry about quality and safety.

Western automakers don’t mind because they can make more money on vehicles exported to China than vehicles locally made. The Traverse starts around 30.000$ in North America, that price will likely move close to 50.000$ in China. The difference is caused by high Chinese import taxes and the ‘imported-premium’ which will rolls straight into GM’s coffers.