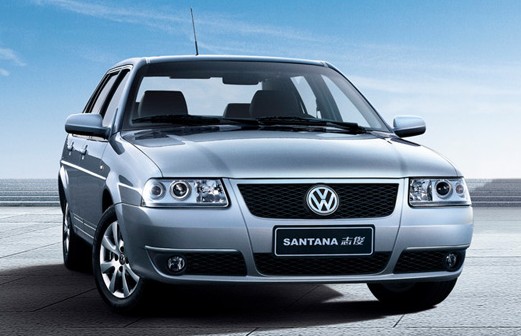 On December 26, Shanghai Volkswagen Automotive Co Ltd passed a new milestone – its output and sales both surpassed 1 million vehicles. The company said in a statement that successful marketing enabled such rapid and healthy development.

Its output 26 years ago was 1,700 cars in its first year. Beginning in 2004, Shanghai Volkswagen moved from product-oriented promotion to an emphasis on customers and market demands. In 2007 the company started a “proactive marketing mode” to help its dealers nationwide improve their outreach and enhance customer satisfaction.

The 1 million mark is the result of deeper customer trust and continuing improvements at both the manufacturing level and by dealers, the company said.

Another driver of the company’s growth was its successful branding strategy. Since it began local production of the Czech brand Skoda in 2007, Shanghai Volkswagen has offered customers a wider range of choice. The dual-brand strategy also helped Shanghai Volkswagen increase its spread in the overall market in both product lineup and sales outlets.

This year, Volkswagen’s six major model series continued to register great achievements. All are among the top sellers in their segments. Sales of the Tiguan compact crossover vehicle reached nearly 70,000 in the first nine months of this year.

Lavida’s monthly sales are steadily over 20,000 units, with nearly 250,000 cars sold since the beginning of the year, making it the market leader in the A-Class segment. The stylish and well-equipped New Polo and New Touran were recently launched and have already been well received by the consumers.

According to company statistics, total sales of Volkswagen brand cars in 2010 have surpassed 800,000 units, exceeding the total sales of Shanghai Volkswagen in 2009. Through upgrading its product series, the competitiveness of the Skoda brand was greatly improved this year.

The Octavia series has been enriched with the energy-saving and environmentally friendly New Octavia Greenline and the high-performance New Octavia RS, in addition to the enhanced New Octavia. The Superb has introduced an energy-saving 1.4 TSI version and the Fabia also has new versions for 2011.

To date this year, sales of the company’s Skoda brand have surpassed 200,000 cars, including nearly 120,000 Octavias and more than 40,000 Superbs, both records since their launch. With the rollout of advanced technologies including TSI engines and DSG transmissions this year, Shanghai Volkswagen further implemented its innovative powertrain strategy.

The Tiguan, Lavida, Octavia and Superb have launched TSI versions, while the Lavida, Octavia, Superb, Polo family and Touran series were selected as national energy-saving products in 2010. With increasing competition and maturity in the market, Shanghai Volkswagen has expanded production capacity and ensured quality products.

To ensure quality in each step of the production process, the company has not only adopted advanced manufacturing techniques, but also established sound quality assurance and evaluation systems. On August 30, the Skoda brand took second place in the 2010 China Sales Satisfaction Index issued by renowned auto research institute JD Power.

A similar report of the China Association for Quality said six Shanghai Volkswagen models led their segments, another record for the company. Along with the rapid development in production and sales capacity, Shanghai Volkswagen has also advanced its service system this year.

After 26 years of development, the company now has a marketing and after-sales service network with the widest coverage in the nation. Shanghai Volkswagen’s services now also include car-caring classes, insurance and car owners clubs.

On December 8, the company’s Volkswagen and Skoda brands both won the 2010 China Auto Service Golden Wrench Awards for their quality after-sales services. The company said it will make even further efforts to improve product quality and service to continue its reign as the most popular carmaker in China.