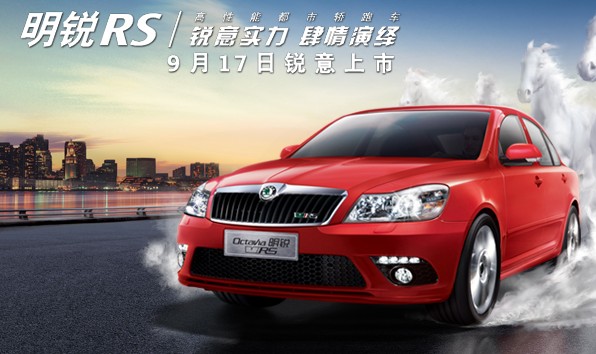 At first a little-known brand on the Chinese market, Skoda has now delivered 410,000 cars over three and a half years and is among the most successful brands made at a Sino-foreign joint venture. Products that suit the local market have been crucial to Skoda’s success, according to the local automotive press.Starting with compact

Designed, produced and marketed for the mass compact market, the Octavia has had stable monthly sales surpassing 10,000 units.

It introduced the energy-saving and environmentally friendly New Octavia Greenline and the high-performance version New Octavia RS, as well as the enhanced New Octavia equipped with the powerful TSI engine and DSG transmission.

It also launched new Fabia versions for 2011 and a new Superb model with 1.4-liter TSI engine.

Many of Skoda’s models are eligible for Chinese government’s subsidy for small-displacement cars with engines of 1.6 liters and below, which also improved its competitive edge.

The company announced early in December that it will produce its compact SUV Yeti in China in 2013 to tap the booming segment.

It said the move will further enhance the volume, image and brand awareness of Skoda.

The brand now has a sales and service network of more than 300 dealers in China, which it plans to greatly expand in the next five years, especially in the second and third tier cities. A total of 600 outlets across China are envisioned by 2015.

According to statistics provided by Shanghai Volkswagen, consumer awareness of the Skoda brand increased to 31 percent in 2010 from 9 percent in 2008.

Surveys said more than 20 percent of its customers made the decision to buy through word-of-mouth recommendations by the existing owners.

Shanghai Volkswagen passed its own milestone last year with output and sales both surpassing 1 million vehicles, 20 percent of which were Skoda cars.

The company said it forecasts the proportion will increase to 30 percent.

Winfried Vahland, board chairman of Skoda, said in a previous interview with China Daily that China and Shanghai Volkswagen are the cornerstone in the future strategy for Skoda as the century-old brand maps out its revival worldwide.

The company plans to double annual sales worldwide to more than 1.5 million units in the next decade with a substantial proportion in emerging markets like China, Russia and India.

In the next 10 years, about 50 percent of Skoda’s global sales will come from markets outside Europe, according to the company’s estimates.