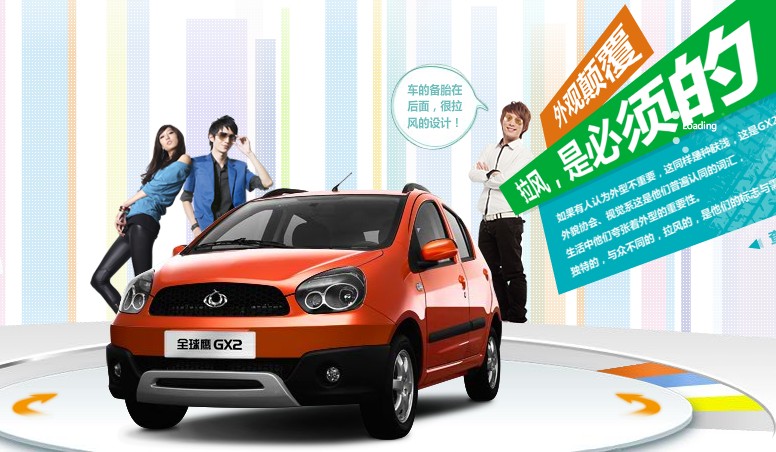 Geely Automobile Holdings Ltd, China’s largest private auto maker, exceeded its sales target in 2010 and seeks to double its consolidated profit by 2015 after its takeover of Sweden’s Volvo last year.

Yang Jian, president of Geely’s parent, Zhejiang Geely Holding Group, told a business forum in Taiwan Tuesday that the company aimed to grow its consolidated sales by 150 percent to 2 million cars and is targeting profit of 200 billion yuan ($30.21 billion) by 2015.

Consolidated sales, including Volvo, were 800,000 units and consolidated net profit was over 100 billion yuan ($15.11 billion).

Yang said the company has been in talks with electronics giant Foxconn Group, the parent company of Hon Hai and Foxconn International, about developing green cars together.

Geely has also visited UMC, the world’s No.2 contract chipmaker, to talk about cooperation opportunities on so-called “intelligent” cars.

“We do not see sales of green cars jumping in the coming five years, but it is a trend and we are planning ahead,” Yang said on the sidelines of the event.

He also said Geely had no plan to raise its stake in Manganese Bronze, which builds London’s black cabs. Geely now owns 20 percent of the company.

Geely told Reuters last November it hoped to keep its growth going in 2011 in part by introducing more cars with automatic transmission.

China surpassed the US last year to become the world’s largest auto market. Zhejiang Geely made headlines in August when it closed a deal to buy Sweden’s Volvo from Ford Motor Co.