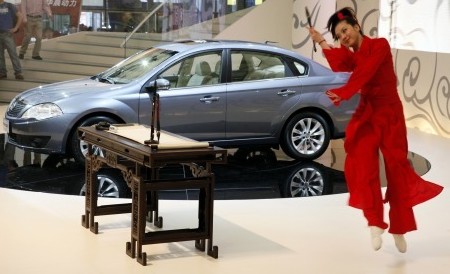 China retained its status as the largest automaking nation in the world last year for the second consecutive year by producing more than 18.26 million vehicles, which was a 32.4 percent increase from the previous year and 23.7 percent of the global market, whereas Japan’s total output was 9.6 million units in the same period and 12.5 percent of the global market, an industry report showed Tuesday.
According to a report by the Korea Automobile Manufacturers Association (KAMA), Republic of Korea (ROK) has ranked the world’s fifth largest automobile manufacturer for six consecutive yearswith a total of 4.27 million vehicles last year, accounting for 5.5 percent of total global auto-output.

The United States and Germany followed with 7.7 million and 5. 9 million vehicles produced, respectively, the report added.