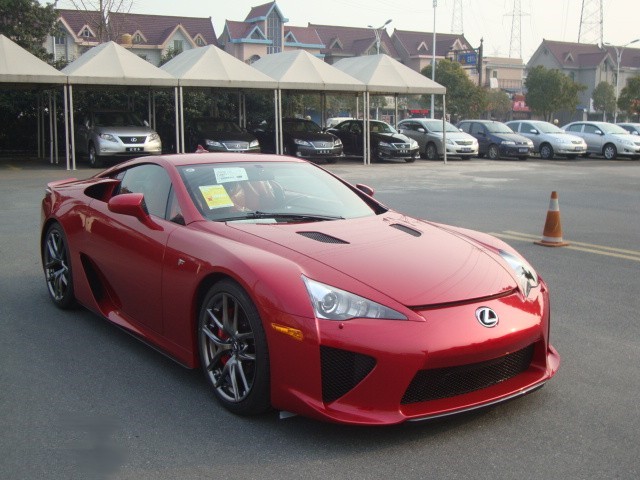 The first Lexus LFA supercar has arrived on the Chinese mainland, in this case to a dealer in the city of Hangzhou in Zhejiang Province. Zhejiang is, among many other things, famous as factory of the world for lighthers, shoes and handbags. Selling this machine to a wealthy entrepeneur so will not be hard. Price in China though is a steep one, 5.988.000 yuan, 912.000 dollar, a lot of lighters indeed. 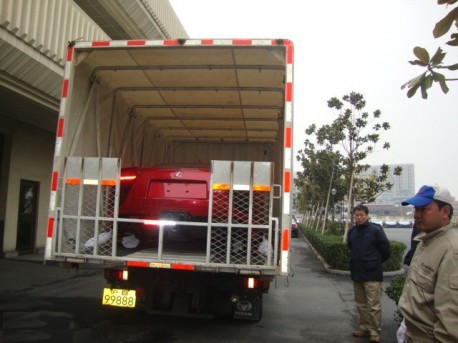 The 552hp monstercar came from port in a rather simple truck. 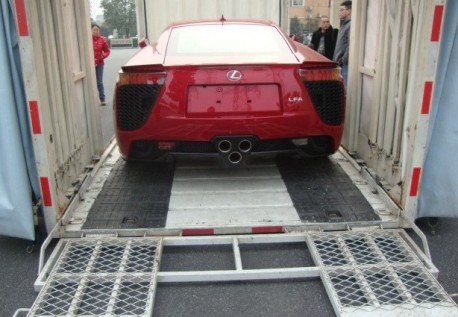 Just now I was reading trough some comments on Chinese BBS’ about the Lexus LFA. Comments show resentment against Japan is still high in China. Many comment go like: ‘great car, but Japanese’. ‘Good, but too bad it is Japanese’ and so and so on, I spared you the worst ones.

On the other hand most Chinese are snapping up Toyota’s, Honda’s and everything else Japanse as much as they can. But that is different the Chinese say, because those products are actually made in China. The LFA is not… 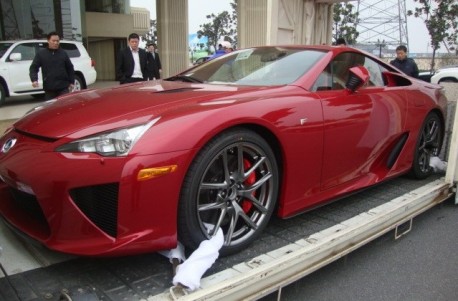 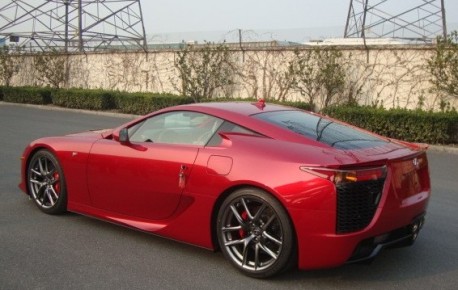 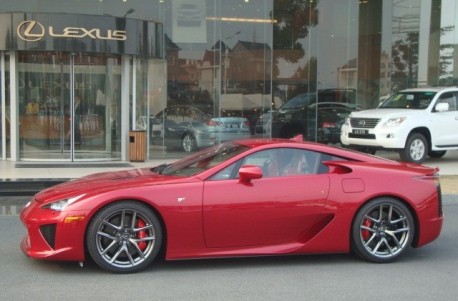 A brilliant machine inside and out, hope it finds a buyer who hits it hard.