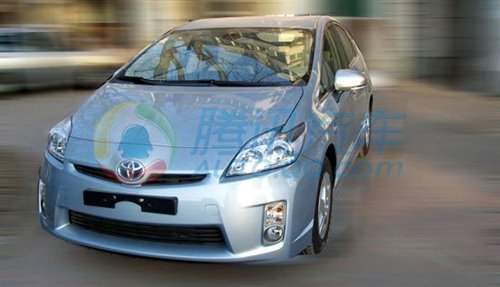 A new spy shot of a Prius testing in China. But good news it ain’t, Toyota has decided to postpone the introduction of the new Prius Hybrid in China yet again. Some media even say ‘postponed indefinitely’. The previous Prius was made in China by the FAW-Toyota joint venture. Because of very low sales Toyota decided to stop local production and import the new Prius but that doesn’t seem to happen anymore.

China’s green car subsidies only go to cars made in China, imported cars are out. Should Toyota so just make the Prius in China again? Nope, the subsidy only goes to cars made in China by Chinese-Chinese car makers. So a FAW-buyer gets the money but a FAW-Toyota buyer gets nothing. China is now implementing its new green-car policy which is still treated like a state secret. Toyota will likely postpone any green-car-decision until the rules are clear.