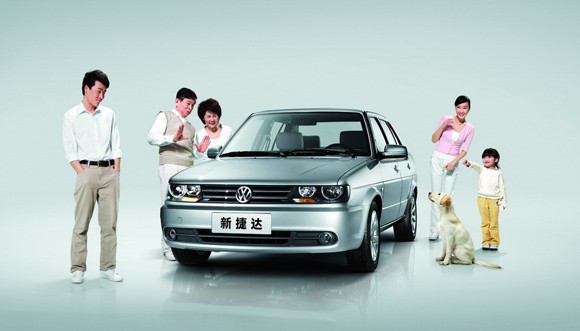 As China’s auto market sets global records and holds the promise of even greater gains, the nation’s top luxury carmaker is pushing for a bigger share – of its own partnership.

While neither side in the 20-year-old joint venture between FAW Group and Volkswagen AG will comment publicly, industry watchers say a change in its shareholding is taking shape.

FAW plans to transfer an additional 9 percent stake to Volkswagen’s luxury unit Audi, say insiders with knowledge of the deal. They note it has already been approved by the joint venture’s board of directors and has been submitted to government departments for approval.

FAW currently owns 60 percent in the partnership, while Volkswagen has 30 percent and Audi has 10 percent.

After the possible restructuring, FAW would retain a majority stake, but it would fall to 51 percent, with Volkswagen continuing to hold 30 percent and Audi boosting its share to 19 percent.

While FAW and Volkswagen decline to publicly discuss the deal, industry observers find it believable as Volkswagen has long pushed for a greater share in the partnership.

When the automaker came to China to form the joint venture with FAW in 1991, it didn’t know the local market, so “a minority stake was a way to reduce risk and let the Chinese partner to play a more active role in exploring the market”, said Zhong Shi, a Beijing-based independent automotive analyst.

But as the local business turned hugely profitable – the Audi brand is dominant in the lucrative luxury segment – parent company Volkswagen naturally wants to reap greater rewards, he said.

The Chinese government requires that Chinese companies hold at least a 50 percent stake in automobile joint ventures, so the ownership structure at almost every Sino-foreign partnership is 50-50.

It’s a “logical expansion of business”, he added.

In the first seven months of this year, Audi reported sales of 167,000 vehicles in its largest market after Germany and has plans to more than double capacity at the joint venture to 700,000 cars in 2015 from the current 300,000.

With an even bigger investment, the company clearly wants a bigger share of the earnings, analysts said.

For FAW, the possible share restructuring would help its plans to go public, they said.

The group has been preparing an initial public offering for several years. According to recent announcements by the group’s two listed subsidiaries – FAW Car Co and Tianjin FAW Xiali Automobile Co – the parent company has received government approval to establish a new subsidiary for listing.

The group plans to inject its FAW Car and Tianjin FAW Xiali holdings into the new company, the announcement said.

Its business with Volkswagen is FAW’s most profitable asset and the group is widely expected to fold its joint venture holdings into the new company, analysts said.

They note the plan would need Volkswagen’s consent, so the shareholding structure became a bargaining chip.

Some analysts say FAW might also want its German partners to introduce new models and bring more technologies into the joint venture.

But others note Volkswagen and Audi need bring in more and better products anyway to stay competitive in the increasingly fierce Chinese market regardless of the shareholding structure.

Currently auto giants like Toyota, GM, Nissan and Hyundai are all in the race and the result will depend on who brings the latest technology and models to China – who invests more in the market, said analysts.