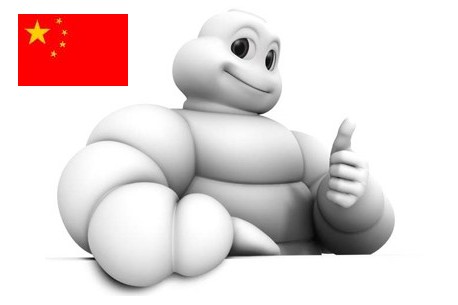 In a statement released by Double Coin Holdings, Michelin Finance and Michelin China Invest Co Ltd will enlarge the company’s capital by 667 million yuan ($104.3 million), accounting for 40 percent stakes in the joint venture (JV). Double Coin will still be the largest shareholder.

An industry analyst said the cooperation will help Michelin promote the multi-brands strategy and access to the middle- and low-end tire market.

This is the second time Michelin has tried to cooperate with Double Coin. In 2001, Michelin and Double Coin established a JV with shares of 70 and 30 percent respectively. The JV has been performing poorly in over the 8-year period and was finally dismissed in 2009, according to China Business News.

An unnamed insider told the reporter that Double Coin will benefit from Michelin’s technology while Michelin can promote its presence in China market.

In this most recent cooperation, Double Coin has paid more attention to technology transfers and technical support from Michelin.

“The primary term to form a JV with Michelin is the introduction of passenger vehicle’s tire technology”, the insider revealed.