Lamborghini sees China as No 1 market 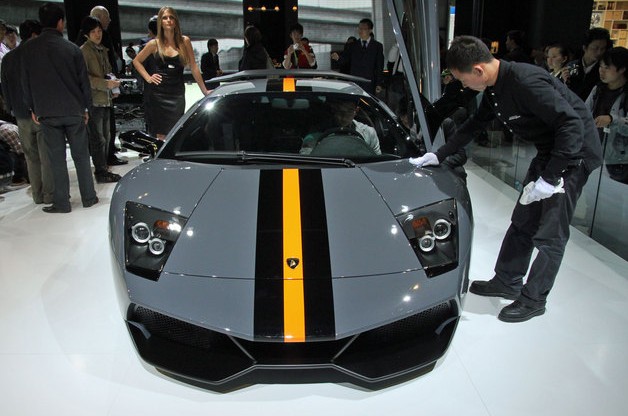 Italy’s Automobili Lamborghini Holding SpA expects that by next year at the latest, it will be the first super sports car brand to have China as its biggest market, said Stephan Winkelmann, president and CEO.

“China is likely to be our biggest market this year, depending on sales in the next few months in our current top market, the United States.

“However, equal sales in the two countries this year, adding in the faster growth in China, will make the nation our No 1 market definitely next year, easily,” Winkelmann said.

In the first eight months, the company sold close to 200 of its powerful super sports cars in China, equal to the total for last year, when sales skyrocketed 150 percent year-on-year.

Full-year 2011 sales are expected to hit 300 vehicles in China, Winkelmann said, adding that the new Murcielago model, which starts deliveries in October, will propel sales. As recently as 2007, Lamborghini only sold 28 cars in China, which wasn’t even in the company’s top 10 markets at the time.

The sales boom of the past five years far exceeded the company’s expectations, said Winkelmann. “But we see further growth potential in the China market as more and more younger people desire an individual and uncompromising lifestyle.”

He also said that by year-end, Lamborghini plans to have 20 dealers across the nation. The company will accelerate its expansion and increase investment in marketing and services next year.

“China has caught up with the US” as a top market for premium car brands, said Zhong Shi, an independent auto analyst.

“More importantly, China has greater potential for sustainable growth. There are always ‘new rich’ and emerging wealth from all social backgrounds.”

He also said that no matter how industry policies change, the special and niche segment will not be affected.

According to the 2011 World Wealth Report by Capgemini SA and Bank of America Corp, the number of millionaires in China grew by 12 percent to 534,500 this year, ranking the country fourth behind the US, Japan and Germany.

Stock market returns and increases in the value of real estate drove the wealth boom.

Amedeo Felisa, CEO of another Italian super sports car company, Ferrari SpA, earlier this year told China Daily that he believes China has the potential to be Ferrari’s second-largest market in the near future. The maker of the famed racing cars expects to sell 600 vehicles this year in China, double last year’s figure.

The German premium sports car maker Porsche AG predicted its sales would surpass 20,000 vehicles this year, up more than 40 percent.