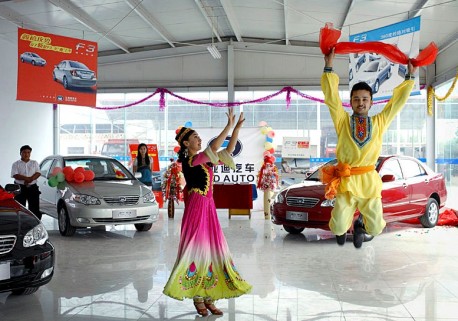 The September figure took the auto sales in the first nine months to 13.63 million units, up 3.62 percent year-on-year. Auto output in the period grew 2.75 percent to 13.46 million units, the statement said.

Sales of passenger cars reached 1.32 million units in September, up 20.5 percent from August and up 8.8 percent from a year earlier.

Automakers have been making efforts to reduce their inventories after the government ended incentive programs and imposed new limits on car purchases at the beginning of the year. To encourage automakers to increase green-technology investment and reduce oil consumption, the government introduced stricter measures over the fuel-efficient vehicle subsidy program, effective as of Oct. 1.

The new policy has also accelerated production and sales of small-displacement vehicles in September, Xiong said.