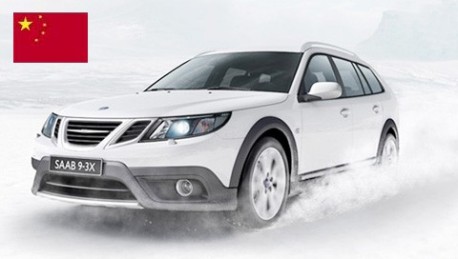 Swedish Automobile NV , owner of Saab Automobile AB, said Thursday it has received the first payment of EUR 11 million of a EUR70 million bridging loan from its Chinese partner Zhejiang Youngman Lotus Automobile Co., throwing a financial lifeline to the troubled car maker which is restructuring its operations under bankruptcy protection.

“We are now confident we have the money we need during the restructuring period,” said Gunilla Gustavs, spokeswoman at Saab Automobile.

Saab Automobile is depending on the loan to continue its restructuring process. Companies aren’t allowed to take out new credit lines during any restructuring. Saab automobile needs the money to pay wages as Sweden’s state wage guarantee–an insurance scheme providing salaries for employees of companies who are either bankrupt or undergoing a restructure–runs out on Oct. 21.

The company signed an agreement with Youngman on Sept. 12, under which the cash-starved car maker would borrow EUR70 million from Youngman in exchange for non-exclusive rights in Saab Automobile’s Phoenix architecture technology. The money from the bridge loan should, according to the initial agreement, have been made available to Saab Automobile by Sept. 26, more than two weeks ago.

Saab’s Gustavs said the delay was partly due to a bank holiday in China, but Swedish daily Dagens Industri reported, according to unnamed sources, that Youngman didn’t feel confident enough in the collateral and needed more time to understand the Saab technology. The newspaper also said the initial bridge loan agreement had to be renegotiated as a result of this and that Saab Automobile, so far, has only received about EUR10 million of the EUR70 million agreed.

Swedish Automobile said that further payments under an amended and final bridge loan agreement are expected to be made this week and by Oct. 22. The company also said it plans to repay the bridge loan with the proceeds of the EUR245 million equity investments by Youngman and another Chinese investor, Pang Da Automobile Trade Co. , which are still subject to approval by relevant authorities.

Saab Automobile’s survival depends on these approvals and the company has previously said it expected clearance from China’s National Development and Reform Commission by Oct. 14, but Gustavs said it might take longer than that.

“The 14th of October was our best guess based on the information we had from China, but it is not an exact estimation and we cannot guarantee that there will be a decision tomorrow (Friday),” she said.

It is still unclear when production at Saab Automobile’s Trollhattan plant, halted since April, will be able to restart. A restructuring plan for the company’s continued business is scheduled for presentation to its creditors on Oct. 31.