Bentley sales up 84% in China; biggest market in two years 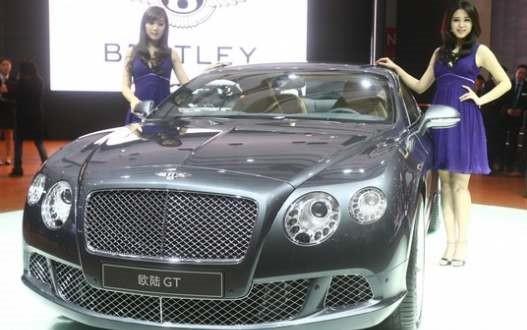 But this year has seen the most remarkable growth in sales of its cars, which are usually priced at 4 million yuan ($599,000) to 5 million yuan in China.

According to Peter Mak, president of Bentley’s China operations, the exhibition was held to display the brand’s remarkable performance in China over the last decade and raise awareness of the car among ordinary people.

“Bentley is not the most sporty vehicle, nor the most luxurious – but it is the best combination of sportiness, comfort and craftsmanship.” According to Mak, Bentley is still a young brand in China, but its performance is turning heads in the motoring world.

In 2009, China surpassed Germany to become Bentley’s third-largest market, then continued to rise to become its No 2 country for sales following only the US.

By the end of 2010 it had 13 dealerships on the Chinese mainland, four of which were among Bentley’s 10 largest dealerships in the world. Its Beijing outlet has the largest sales globally.

The president noted that in addition to the mainland’s international metropolises, Bentley will now focus on smaller cities whose economies are growing rapidly. He predicted that China will surpass the US to become Bentley’s largest market in two years.